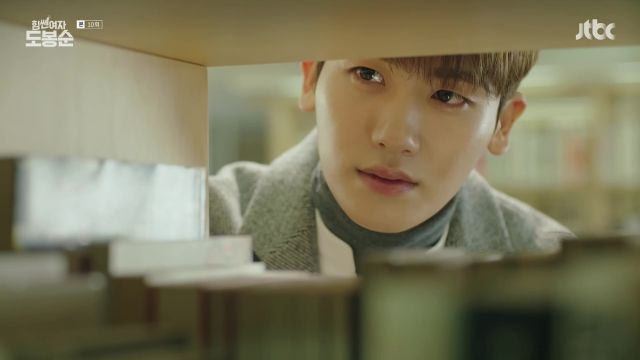 "Strong Woman Do Bong-soon" is clipping right along, growing its romance in a most satisfying way. The case is stuck between a rock and a hard place because of the cleverness of the villain, Kim Jang-hyeon (Jang Mi-kwan), but that does not prevent the headstrong Gook-doo from doggedly pursuing justice.

Gook-doo chases the bad guy and the truth because of his innate sense of justice and pride in his police badge, but also because he has belatedly realized he likes Bong-soon and desires to protect her. I do appreciate that he's not pushing her to like him just to validate his feelings. Too often this is that case with second leads. Instead we see him transfer his stifled emotions onto Jang-hyeon who evades the police with stealth. Jang-hyeon does not, however, have to avoid Bong-soon who, despite her pledges to catch him, has done barely a lick of investigative work to fulfill her promise to herself. Her strength remains more of a burden than a tool of justice. I'm starting to wonder if she'll ever use her super strength for the greater good. 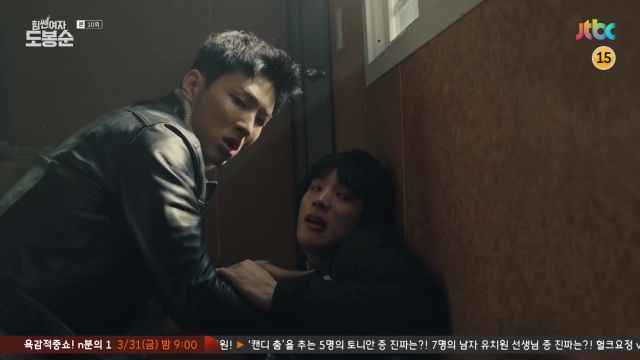 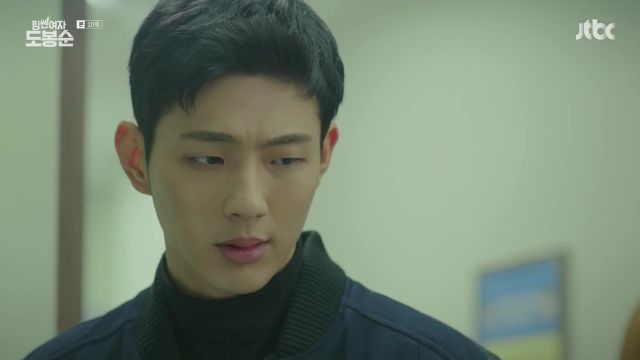 The strength of this show (pun-intended) is the romance. Park Bo-young and Park Hyung-sik have such delicious chemistry. While I do dislike how manipulative Min-hyeok can be, he always accepts Bong-soon for who she is, strength and lack of school smarts. She returns his affections, although she seems to currently be unaware of the fact. Her subconscious self most certainly knows as her silly dreams about her as Juliette and Min-hyeok as Romeo leave her puckering up for smooches in her sleep. His confession at the end of the episode was long in coming, but very satisfying.

My large, huge, enormous peeve with this episode was the mockery of homosexuality. There has been an undercurrent of homoerotic themes used for mockery, which isn't okay, but it is the blatant abuse of the "flaming gay" stereotype that has angered me. Bong-soon's senior at work, a doppelganger for the gangster who she hospitalized, is a flaming game designer with flapping hands, lipstick, and a tendency to shriek. While there is nothing wrong with a flaming gay man, the way that stereotype is portrayed here is in mockery of a whole group of people. The character does point out the versatility of actor Kim Won-hae, but doesn't otherwise do the show any favors. 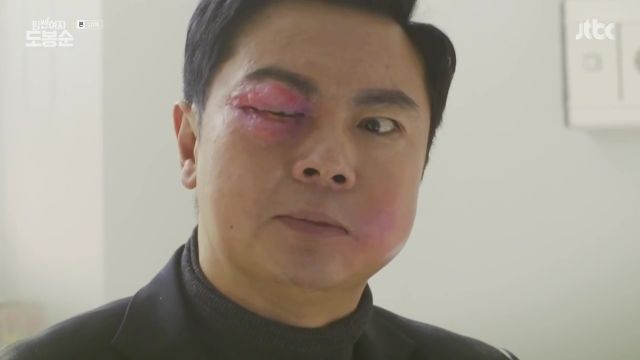 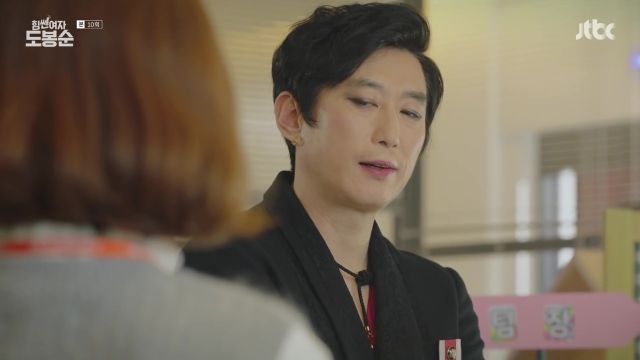 The other bad guys in the show are incompetent, silly men who emulate the sorts of villains one might see in a child's hero comic - which just may be the point! Admittedly, they're a little amusing. "Strong Woman Do Bong-soon" does tend to take their humorous clumsiness a tad too far, but such is a minor quibble.

I'm looking forward to seeing how the Bong-soon reacts to Min-hyeok's confession as well as how she will eventually battle Jang-hyeon.