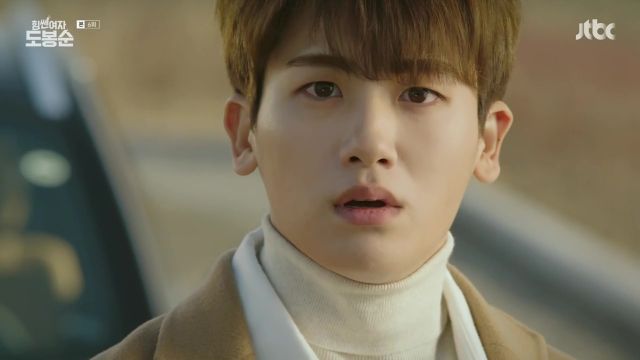 Our heroine now has the most important thing she could ever need: someone who believes in her. Min-hyeok, despite her dazzling, fearful displays of strength, sees her for who she is and believes in what she can do with her superpowers. Mixed with that is, of course, a goodly amount of bickering, moony eyes, and adorable puppy dog sound effects.

Speaking of the puppy dog sound effects, they've appeared for a while, but they accent cute facial expressions and moments of playful bickering. They make me laugh, and that's a good thing. The moony eyes, well, both Min-hyeok and Gook-doo are now making them. Gook-doo is finally clearly presented as having feelings for Bong-soon, but his character is still off. He is most interesting when thrown into Bong-soon's visions of raging flirtations between the two male leads. 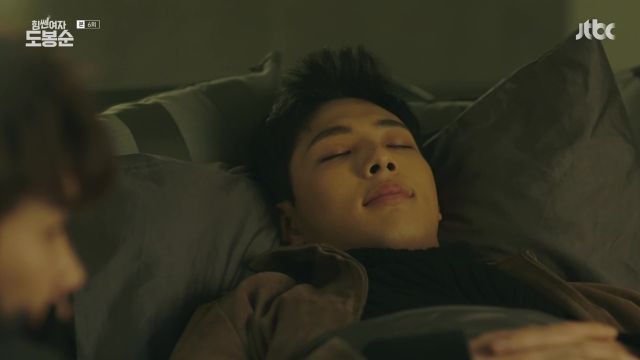 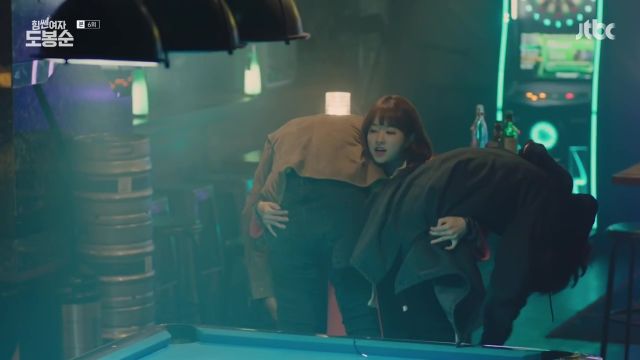 Min-hyeok and Bong-soon, however, are darling. There is a natural rapport there. She gains some respect for him and we know he respects (and likes) her. It is this episode we also see that Min-hyeok is beginning to suspect that Bong-soon might be the woman/angel who saved him from a bus accident. I am looking forward to that true realization. Until then, I will enjoy their cuteness. I would like if Min-hyeok was less domineering, but such is the state of the male K-drama lead.

The masked kidnapper has been revealed to be a young, fit, good-looking, and crazy man. I don't know why the drama revealed the villain's face so early on, but hopefully the show can build on it. The mystery of the mask was working in the villain's favor. There may or may not be a second villain, the one who is threatening Min-hyeok. The show may be purposefully conflating the kidnapper and the man chasing after Min-hyeok. For now, Min-hyeok's dismissal of his attacker may prove dangerous. In fact, I'm almost certain it will. But that's why he has Bong-soon who he is currently training to be the best superhero she can be. 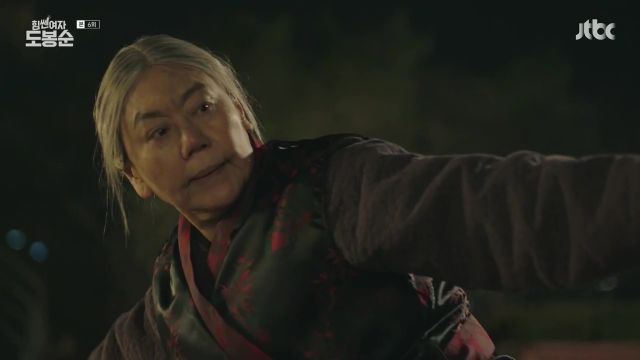 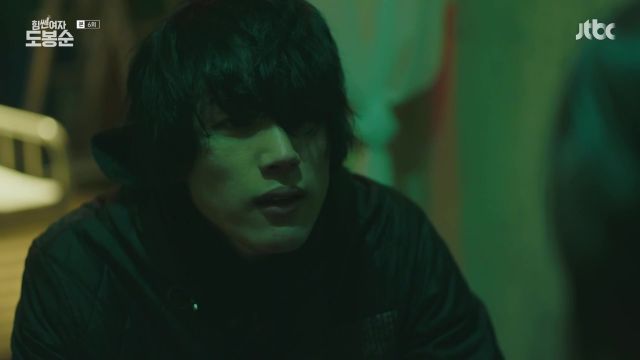 Her powers are beginning to out themselves as she allows herself to help those in need. I don't think this is a bad thing, but she should be wary because of the curse that comes with her powers, and because society can be cruel. Until next week when we can see more of Bong-soon and Min-hyeok!