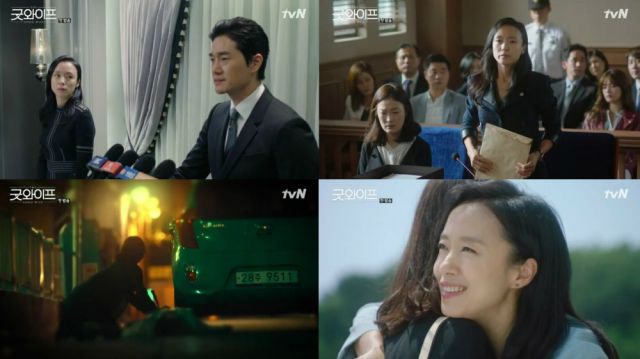 "The Good Wife" starts with a focus on the present and gives us only the bare essentials of the past. Episode one establishes the scandal and we flash forward to a point where our heroine has a husband in jail, nothing but her phone contract to her name and a family to support. We are introduced to some key characters and our lead gets her first court case. It is a packed, straightforward and stylish premiere for the drama.

Kim Hye-kyeong's (Jeon Do-yeon) position is dire, but rather than focusing on her handling of her husband's scandal, we get to see her just as she begins to bounce back. This is a smart decision in terms of pacing, because we get to the fun part of her work as a lawyer right away. It is also much more realistic. A woman with a big mess on her hands and teenage children who need her has little time to sort her feelings out. 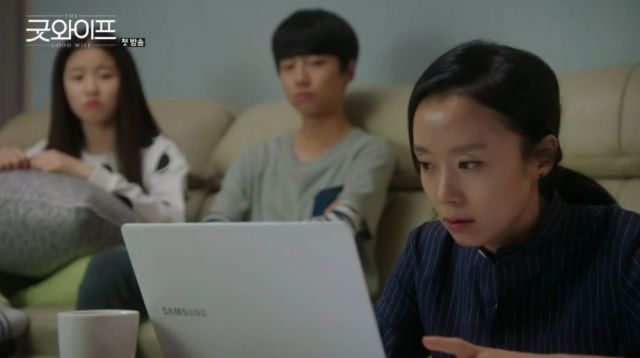 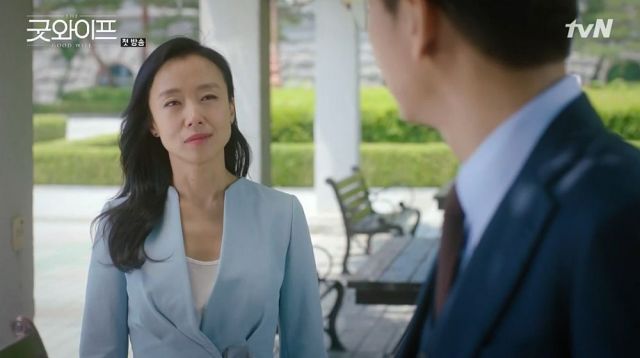 This is a premise which can flourish in the context of South Korean culture. Hye-kyeong is the center of attention and not in a good way. The shame of her husband's scandal is used to humiliate her, her position as an older working woman is used to exercise power on her. All of this is encouraged by a system of strict social and workplace hierarchy. Even so, Hye-kyeong does not allow this behavior from just anyone and she does not accept the idea that her husband's shame is her family's.

The series shows signs of a progressive approach with its characters. Aside from Hye-kyeong's unapologetically fair response to the pressure she receives, we might have a lesbian or bisexual character in Kim Dan (Nana), which is an important step forward for Korean television. The drama seems fitting for social commentary, but it does not disregard the value of good humor in presenting it. The fact that Hye-kyeong uses the theme from "Jaws" as the ringtone for her mother-in-law is brilliant. 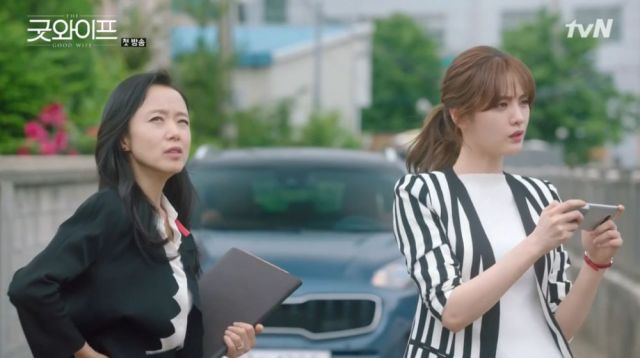 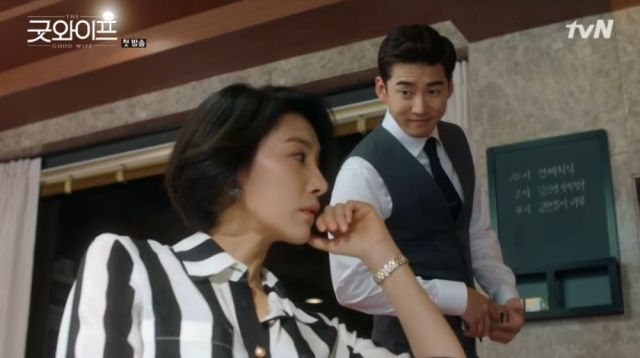 The premiere episode mostly sets the tone, main conflicts and the initial moral alignment of its main characters. Hye-kyeong is just, selfless and caring. Her husband, Lee Tae-joon (Yoo Ji-tae) is entitled, controlling and unfaithful. Hye-kyeong's friend and boss, Seo Joong-won (Yoon Kye-sang) is a mystery and so is her first partner, the aforementioned Dan. The firm's co-CEO, Seo Myeong-hee (Kim Seo-hyung) is prickly, but she knows good work when she sees it.

My good first impressions notwithstanding, I am skeptical on some things. The oversight regarding the CCTV footage is convenient, but can evidence realistically be bypassed so easily? Hye-kyeong's focus on her husband's wardrobe is intriguing, but a bit vague. Is she spotting clues or are we to understand that she has been conditioned to tend to his image? Regardless, as someone who has not watched the American series I feel episode one is a solid start.