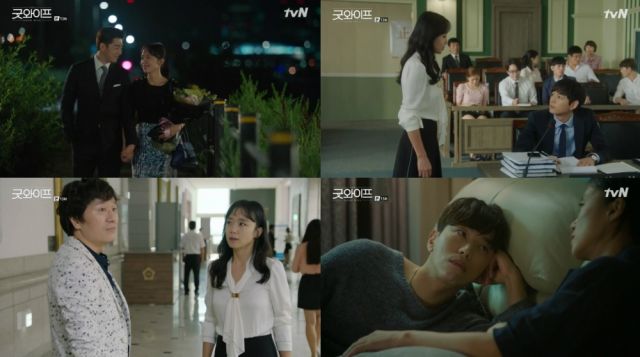 Hye-kyeong's brother, Kim Sae-byuk makes a surprise visit in episode thirteen of "The Good Wife" and brings things to light with his presence, including Hye-kyeong's feelings about her situation. Tae-joon lets Ji-hoon know why he is living separately and the boy struggles with the information. Meanwhile, Joon-ho is back and working with Tae-joon in a case which pits them against Hye-kyeong and where the person she is defending looks guilty.

Sae-byeok (Yoon Hyun-min) is a great guest addition to the show at this point, because he has a unique place in Hye-kyeong's (Jeon Do-yeon) life which has been missing from the series. For the most part, Hye-kyeong has seemed isolated. Sae-byeok is someone who knows her well throughout life and, unlike Joong-won (Yoon Kye-sang), has no personal interests other than her happiness. The two actors have great chemistry and this gives their interactions gravity and warmth. He also reveals another bad side of Tae-joon (Yoo Ji-tae), which is his homophobia. 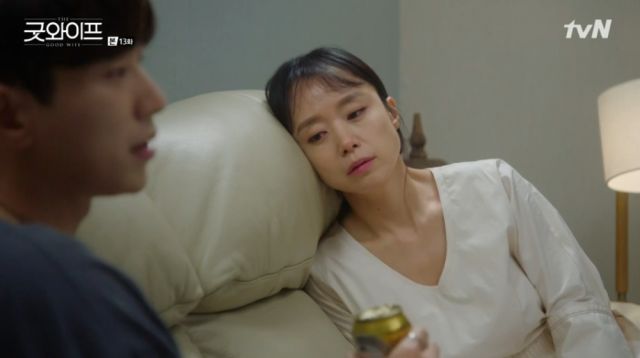 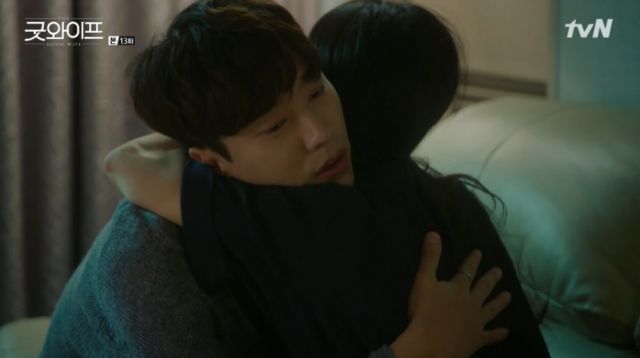 While the series has an original story to follow, it is still nice to see honest representation in an industry so conservatively regulated. Most importantly, Sae-byeok makes Hye-kyeong open up about her relationship with Joong-won and her needs. Women are often pressured to exist as wives and mothers, to revolve around the men in our life and have no individuality. This is true about the world in general, not just Korean society. While Hye-kyeong's decision to have an affair now is unwise, her need for agency is understandable and important to portray.

Tae-joon, the man who failed to realize this has his own forward movement in this episode and while he remains an all around horrible man, he has started being less of a wicked stereotype. We have seen the man use his children as leverage, but it is a step in the right direction to be honest with them about his affairs, without putting Hye-kyeong down like his mother did in the process. Ji-hoon (Sung Yoo-bin) is obviously devastated, but facing reality is a necessity in the process of healing. 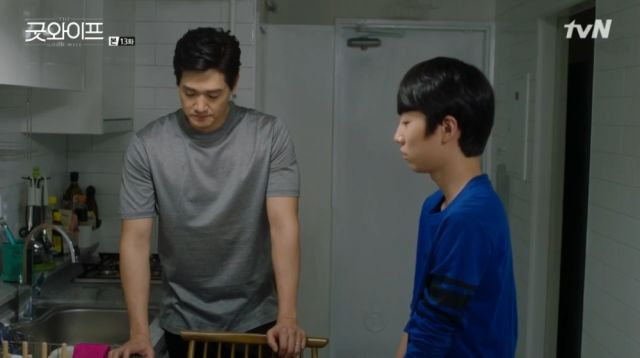 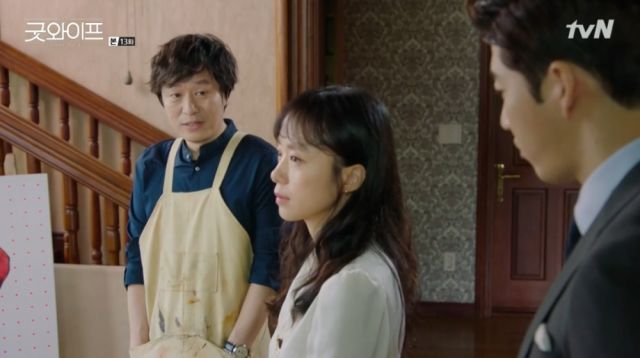 Tae-joon's relationship with Hye-kyeong changes as well, now that he can no longer pretend and manipulate. He still tries, but both of them clearly know what is going on now. Having him as her rival in court reveals a lot about his character that used to be hidden under his facade. Joon-ho's (Lee Won-geun) alliance with him can be dangerous for her, but I hope his bonding with her was not shown without good reason.

I previously expressed the wish to see a good person like Hye-kyeong defend a guilty party, because it is a reality and a burden for people of the law which we do not see a lot of in black-and-white Korean drama. Koo Byeong-ho's (Kim Min-sang) case is sadly not fully utilized in portraying this struggle, but I still appreciate the effort as a viewer.