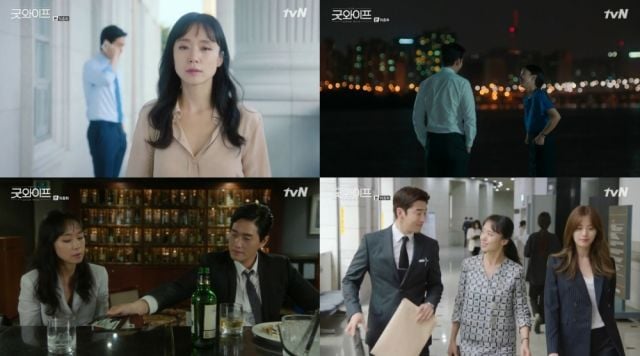 Joong-won and Hye-kyeong engage Tae-joon and his team in a final battle which tests everyone's character and most of all Joong-won's. It also tests his relationship with Hye-kyeong as well as her own resolve and confidence. The ending of "The Good Wife" is not what many will expect and the teasing for a possible second season is clear. Unfortunately, the series fails to make that teasing appropriate for its story thus far.

They say better late than never and it is very true for some of the relationships in the drama. Myeong-hee's (Kim Seo-hyung) inability to show affection gives way to honesty and nurturing. It is nice to see her express herself and it also clears a possible dark point in her relationship with her brother. Dan (Nana) and Hye-kyeong's (Jeon Do-yeon) friendship does not receive a dramatic rekindling, but it fits their level of closeness, which has not been great to begin with. 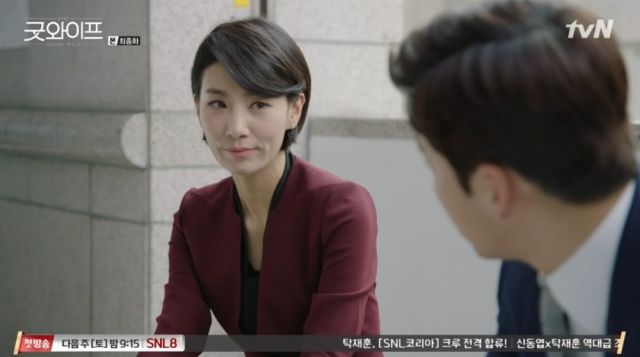 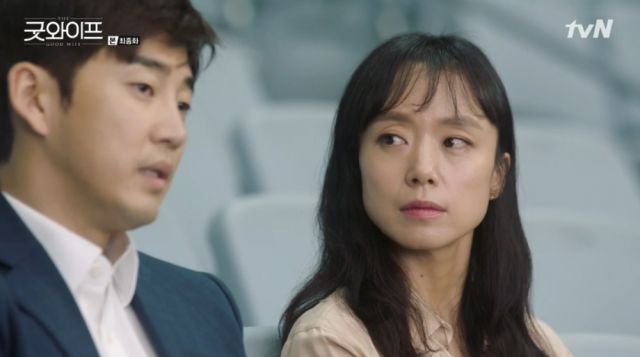 I mention in the previous episode review that Joong-won (Yoon Kye-sang) has shown a lot of growth and this case is a final test for him. He does not exactly pass with flying colors at first, but admitting his reservations to Hye-kyeong and letting her protect him is a big change for a man so used to controlling her work environment. Hye-kyeong herself becomes more defiant and confident, which is an important change from the woman who allowed people to shield or manipulate her under the guise of protection.

At the same time, her change from being indecisive about her marriage and work to showing this great confidence feels somewhat sudden and a bit too tied to her romantic happiness for what the drama originally seemed to aim for. As I have not watched the original series, I cannot tell whether these rushed developments are a product of a short remake or not, but they are there. As viewers, we sometimes miss the most important process of her reasoning and feelings behind very big decisions, which is also what sullies the drama's ending. 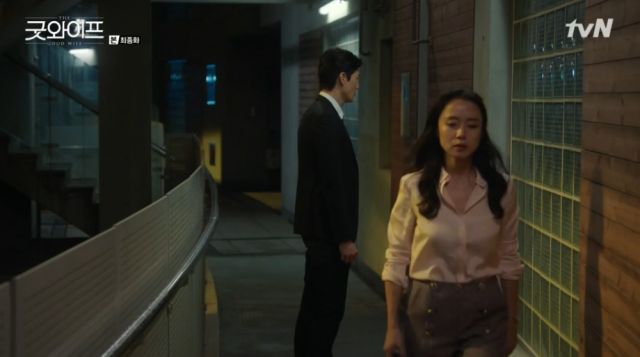 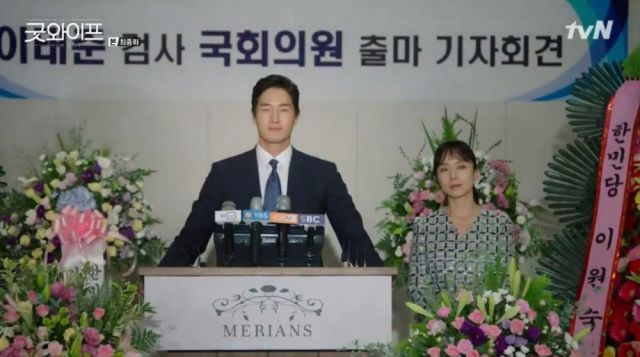 The whole season has been constructing a desire to see Hye-kyeong calling the shots in her own life. While we get this satisfaction, the final scenes are more focused on hyping up the future than wrapping up the present. We go from a direct rejection of Tae-joon's (Yoo Ji-tae) influence to a business-minded Hye-kyeong in a marriage contract. This reversal is fine, its place as a final twist and lacking the process behind it are not.

Adding to this Joon-ho (Lee Won-geun) and Sang-il's (Kim Tae-woo) last minute subplot, I feel that the episode becomes overbearing with its twists. When one of these twists nullifies important decisions, you have to give viewers a little more than a non-promise of eventual closure. Clumsily provocative ending notwithstanding, this is a great drama for what it is and it is an entertaining experience.