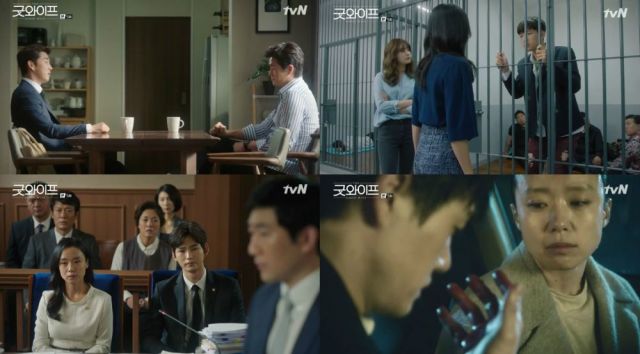 "The Good Wife" smacks us with a big twist in episode five, which changes a great deal about what we have known so far. It personally worries me in regards to the future, but perhaps it will be a good thing. The legal case this time involves Hye-kyeong's past social circle and with Tae-joon home, it just brings more sad memories to the surface. Meanwhile, Joong-won steps up his game and faces Tae-joon.

This is one huge elephant in the room, so let us address it. Tae-joon (Yoo Ji-tae) is a coward who had his wife carry his crime. I had previously assumed that his entitlement and controlling behavior stems from a sense of being owed something for his heroism, but he manages to be even worse. In retrospect, I should have expected this, but Hye-kyeong (Jeon Do-yeon) as a culprit was an appealing concept. Which is why this twist worries me, so bear with me here. 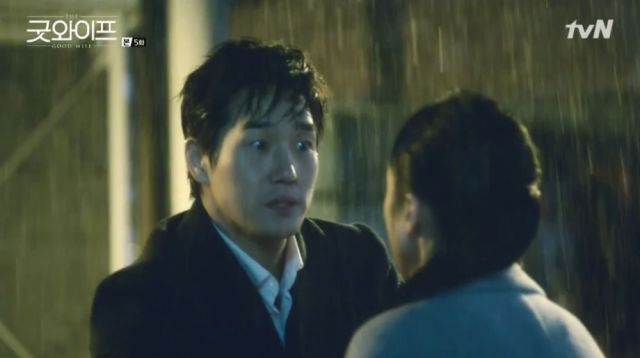 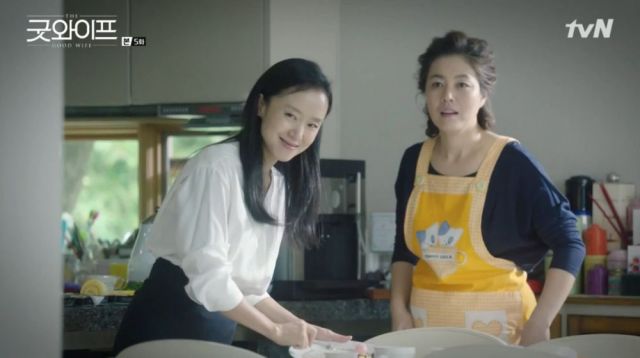 Let us forget about the twist for a moment. The court case of this episode gives us a glimpse into how Hye-kyeong lived and how she was abandoned after her husband's scandal. It shows us a woman who is honest and kind, but also blind to the hypocrisy of others. This would explain why she cannot see Tae-joon for who he is. Seeing her struggle between happiness and awkwardness with him home again is wonderfully done. My worry is that this focus might change.

Until now Hye-kyeong has been someone who might give a second chance to her once beloved savior and lover. It was an interesting struggle and the choice was reasonably hard. This twist turns her into a victim who has repeatedly accepted betrayal. It changes her from a person in control to someone who is being willfully manipulated. This is not a bad change. Seeing her rise from her self-victimization would be an empowering story. I just wonder if this is the reason behind it. 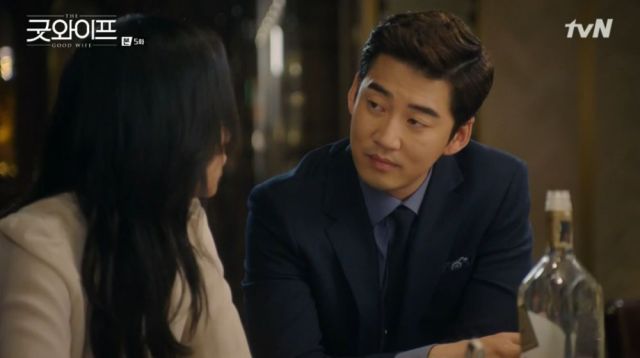 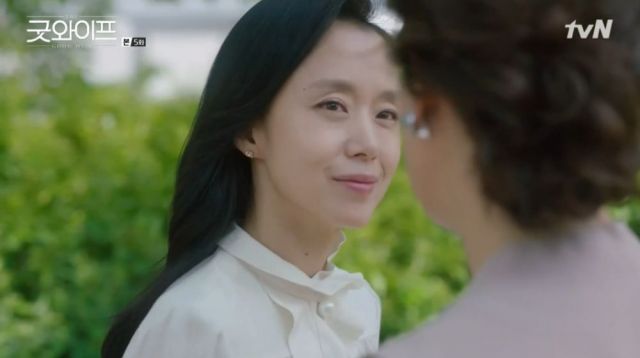 This episode has Joong-won (Yoon Kye-sang) face Tae-joon and start an unofficial war for Hye-kyeong. One man is someone who forces his biased treatment on Hye-kyeong to satisfy his crush, which ended on the day of the accident. The other is a traitor who has no concept of the impact his actions have on his family. My fear is that Hye-kyeong might have been turned into a victim for the sake of a twisted love triangle.

Everything depends on the creators' intentions. The car accident twist can be a great addition to the story of a woman who reclaims the life she sacrificed for love not reciprocated. I sincerely hope that my worry will prove silly by the end. I hope that the love Dramaland has for male power games and scandalous romances will not overtake the main appeal of "The Good Wife".