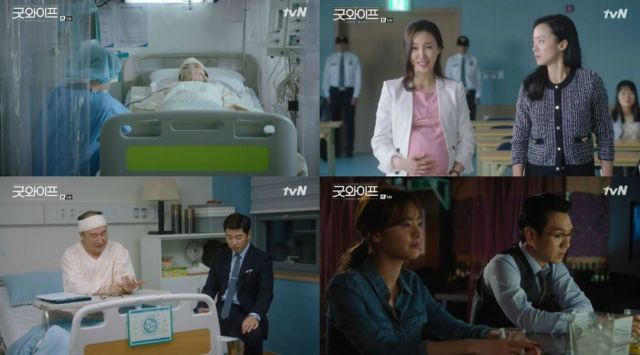 A new case opens in "The Good Wife" and it tackles euthanasia and abortion at the same time, which give the series a bigger load than it can ultimately handle. Dan enters the game between Sang-il and Tae-joon while Hye-kyeong and Joong-won are busy with the case. Jae-moon makes a return and his condition is worsening, causing conflict with Joong-won over the past. His fragile emotional state leads to a mistake involving Hye-kyeong.

The legal case in episode six is more complicated than previous ones. On the euthanasia front, things are simple. The patient wanted to die and has a right to. The reason it gets complicated is because the woman is pregnant. It is a cruelly impossible case. The mother signed her death wishes before being with child and she is unable to consent to an abortion at this time. It is as solid an argument for the pro-choice side as it is for the pro-life one. 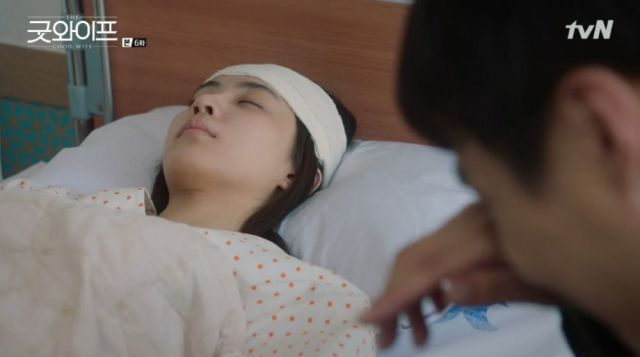 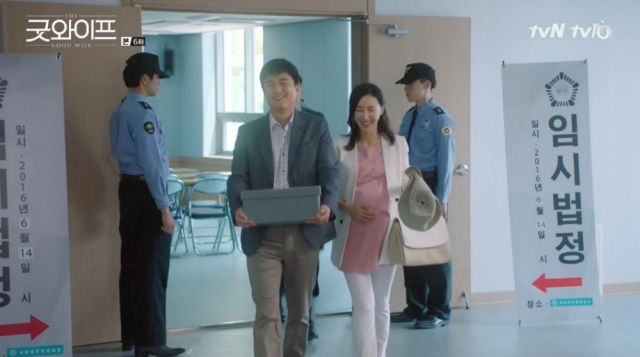 Unfortunately the series opts for emotional manipulation and overused concepts to pick its side, rather than handling the very valid arguments on both ends and focusing on the humanity of them. The opposition is painted as almost cartoonish in their cruelty and the family on its side comes complete with inheritance drama. By turning the case into a circus for dramatic effect, the drama ends up belittling the very real gravity, moral dilemma and pain such a situation causes to everyone involved.

The main story progresses more smoothly and the time has come for the ever so mysterious Dan (Nana) to make difficult choices. I cannot tell whether her character has been underacted or underwritten until now, but I am hoping we will get to know her better now. She clearly respects Hye-kyeong (Jeon Do-yeon), but she is also manipulative and secretive. Given both Sang-il (Kim Tae-woo) and Tae-joon (Yoo Ji-tae) seem like horrible people, perhaps she has good reason to hide her intentions. 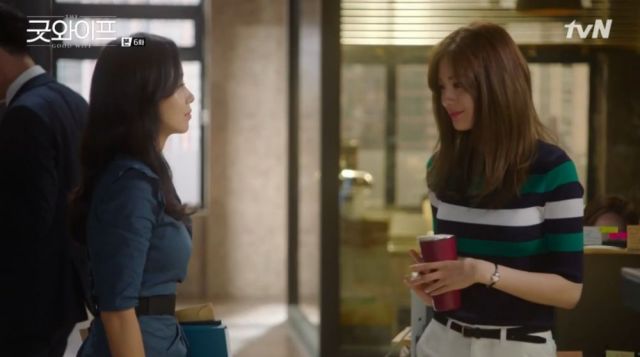 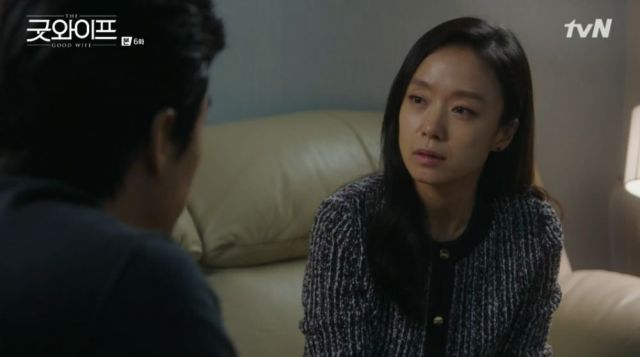 The episode also explores Joong-won (Yoon Kye-sang) and his relationship with his father. The interactions are great and the pain is clearly big for both men. The legal case serves as atonement for Joong-won and as bad as it is for him to use clients for this, it does give him an opportunity to see them as people again. His fragile state is what leads to the kiss, but Hye-kyeong's reaction is more interesting.

Hye-kyeong is no longer tolerating Tae-joon's lies and she admits that her tolerance was simply an effort to love him. Seeing her development here makes me worry less about the love triangle, because she is still in control. While the episode bites off more than it can chew with its court battle, it does provide food for thought and I therefore still consider it a good one.