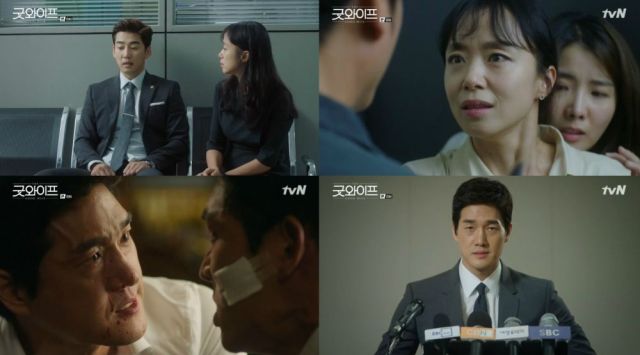 While Hye-kyeong is busy with this difficult case, we get a better look at Tae-joon and Joong-won, their thoughts and feelings for the lady as well as their morality. Some dark facts surface in episode eight and everything leads to a murder and a new crisis. In addition to her work, Hye-kyeong continues to deal with two men who have their own ideas about what she needs while she tries to keep her family afloat.

I said in my review for episode seven that Hye-kyeong (Jeon Do-yeon) would be in danger when dealing with a dangerous criminal like Jo Gook-hyeon (Go Joon) and while I was right, it seems she may have worse individuals to face, including the one she is currently married to. I will talk more about Tae-joon's (Yoo Ji-tae) machinations and possible crimes in a bit, but his behavior toward Hye-kyeong is not exactly something he can be proud of either. 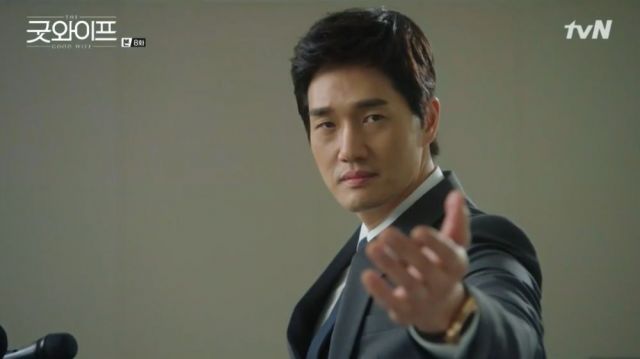 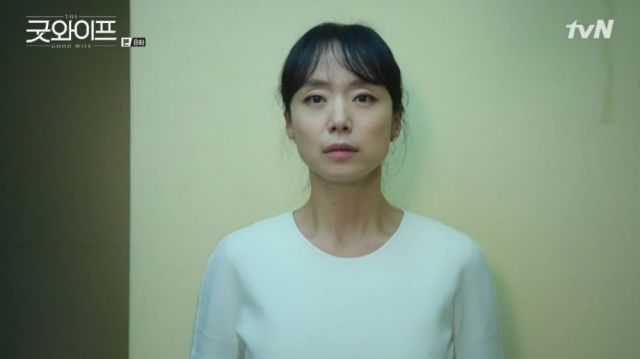 I had previously assumed that he is fake, manipulative and narcissistic and while the latter two still stand, he does have some twisted honesty in his feelings for his wife. There is a misguided sense of "love" there, which in Taejoonland means that he is obsessed with having her and keeping her what he considers to be safe. Unfortunately, that means disregarding her entirely, lying to her, using her and let me know if I should continue with this, because I have a list.

His plans for her include using Joong-won's (Yoon Kye-sang) feelings for her to get his way and as lousy as this is, the receiving end of that temptation is not doing great either. Joong-won still commits immoral acts to enforce his protection on Hye-kyeong, which she never asked for. At the same time, he is aware of his flaws. Dan (Nana) points this out and while knowing better arguably makes him worse than Tae-joon at the moment, it means that he has some hope for redemption. Tae-joon does not. 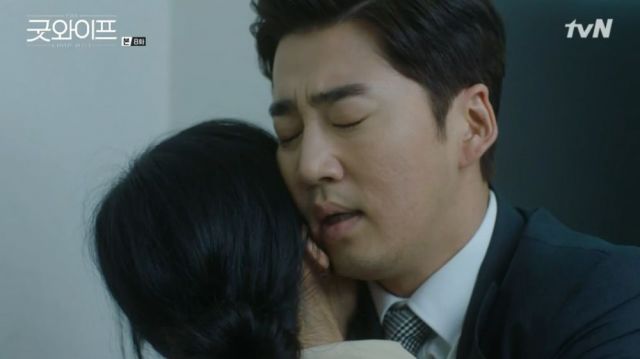 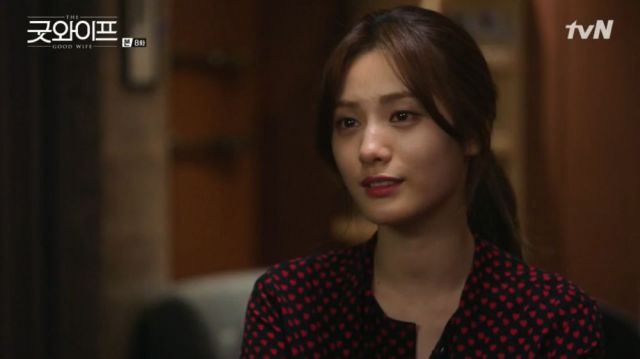 Despite his behavior as a husband, I will not call him a murderer just yet. He had every reason and opportunity to hurt Amber as well, but he did not, at least as far as we know. Sang-il (Kim Tae-woo) is just as shady and mean as a character, so I consider him perfectly capable of this act. Whatever they are doing, I look forward to the day Hye-kyeong teaches both a lesson.

As important as it is to know Tae-joon and Joong-won better, I do feel the last two episodes are sidelining her experiences outside of the triangle a bit. They are more about the men's wants and morality than they are about her. As the titular character she needs to reclaim agency and control, so I hope that this is where the second half of the series will take us.