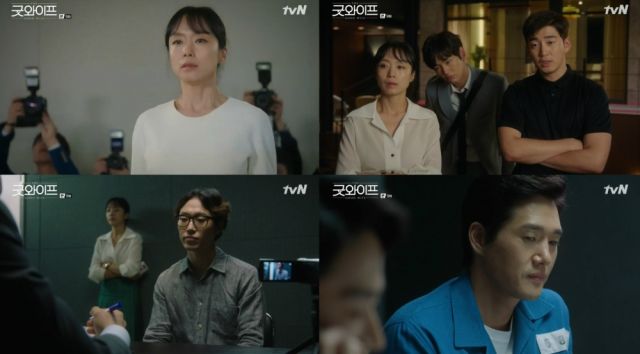 "The Good Wife" shifts its focus back to standalone legal cases and it is time for Hye-kyeong to defend someone who appears guilty. This leads to her bending the rules to help him and prove herself. With this case concluding, the competition between her and Joon-ho is resolved. Meanwhile, Tae-joon is being investigated for murder and Dan's involvement becomes more complicated. Joong-won makes a bold move for his love, but an outsider causes a misunderstanding.

Joon-ho's (Lee Won-geun) pettiness and annoying behavior reached its climax in episode seven and as I stated then, I have been hoping for a change. Say hello to change, because it is finally here and it is quite believable. Joon-ho began operating under the assumption that Hye-kyeong (Jeon Do-yeon) was using connections to win, but his ambition took over when he realized this is not true. It is nice to see him admit it and acknowledge her, escaping the fate of a caricature. 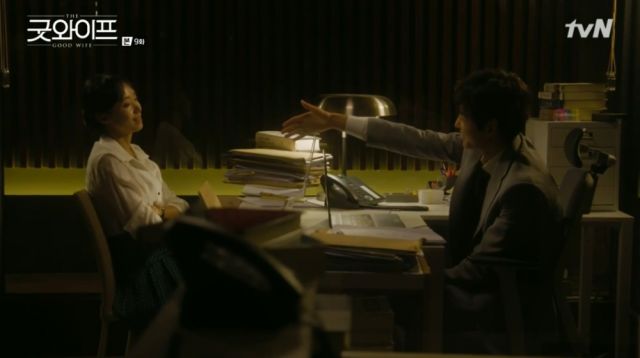 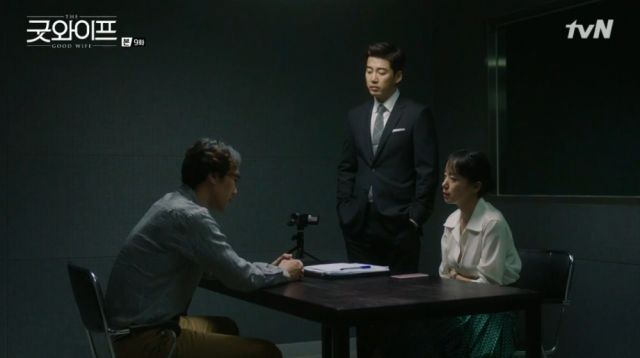 Aside from its role in creating these odd "frenemies" and deciding their fate at the firm, this case challenges Hye-kyeong's morality and her professionalism. While the client is eventually exonerated, the decisions she makes as a lawyer during her work on his case change her as a character. I do wish she will eventually defend a horrible criminal, however. Dramas avoid this in fear of painting their protagonists as morally corrupt, but it is a reality of life as a lawyer that needs addressing.

While Hye-kyeong learns the important lesson of dedication regardless of conviction, I do worry about her choice to hide evidence for her client. I am not familiar with South Korean law and the ethics involved, but I would think that this is illegal. It is definitely immoral and unprofessional, which might take her down a dangerous path. Lack of professionalism is abundant in this episode. A detective trusting an outsider who works for the suspect is a pretty big oversight, so I have to assume these are Dramaland antics. 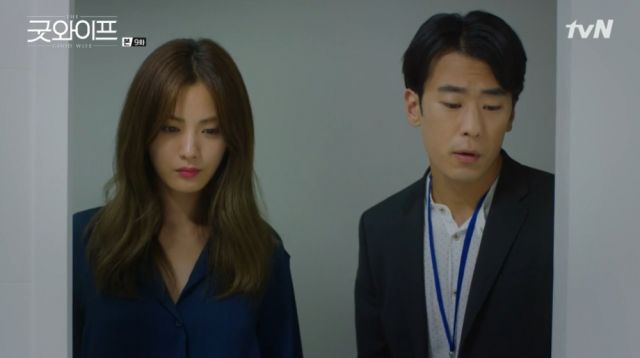 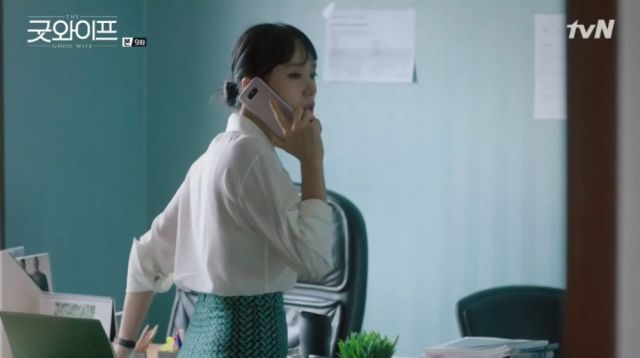 The last part does reveal more to us about Dan's (Nana) character, however. She clearly has no moral inhibitions when it comes to getting her work done and she seems like someone who only looks out for herself when she can. I am still very confused about her connection to everything and I cannot tell who is guilty of what, but I do wonder if her bond with Hye-kyeong affects or will affect her decisions.

I hope Hye-kyeong will discover the whole truth, but she will need to pry it from everyone. The one person who has been somewhat honest has his efforts foiled, which I cannot say I appreciate. Her and Joong-won's (Yoon Kye-sang) relationship is complicated enough without artificial obstacles and it feels hypocritical of the drama to keep avoiding adultery while playing the "lovers torn apart" angle. Can we get drama without "draaamaaa", please and thank you?