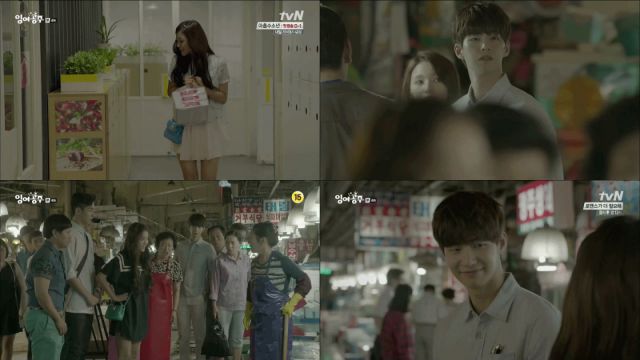 I've been pretty patient about the drama's slow pacing up until now but this episode really pushes the limit. Yes, we do make a fair bit of plot progress by the end. The trouble is that in the meantime an inordinate amount of time is spent on build-ups and deliveries to plot points I honestly don't really care about. Isn't this supposed to be a romantic comedy? Ergo, there should be a lot of romantic bits mixed in with the comedy, especially given this is literally a life-and-death situation?

The most effective humor here turns to be of the platonic irrelevant variety. Try as I might, for example, it's pretty hard to picture Ahn Kil-kang as a mermaid, even when the drama goes to the trouble of showing him in full costume. This has pretty much nothing to do with the story. Really, the entire revelation concerning who's learned of Ha-ni's true identity doesn't really have much impact, since in the short term it doesn't mean anything. 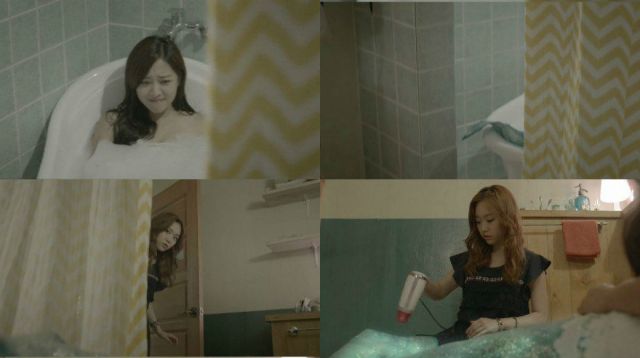 And other jokes fall flat entirely. The whole thing about Si-kyeong's butt was cute the first few times but at this point the joke's just gotten really creepy, especially given that he still doesn't have much of a clearly defined character. Try to imagine how these scenes would come off if it was a woman's butt being ogled. Granted, Ha-ni is supposed to be immature. At some point, though, we need an actual positive character trait from her and that's just not happening.

Right now, though, the worst charge that can be levelled against "The Idle Mermaid" is that it simply isn't very interesting. Characters constantly have to struggle to move the plot forward, not because there are genuine obstacles blocking their way, but because the script is throwing up delaying tactics that are in theory supposed to give rise to comedy. In practice, the humor isn't funny enough to justify the stall.

The best parts of the drama by a wide margin are the character jokes that arise spontaneously from the situation. And we even get some of that here too- Jin-ah isn't even doing anything villainous at this point. She just has a base understanding of the rules of the modern world. That's the only reason Jin-ah is a threat, which is what makes her smug smiles of victory so charming. All of this is just too easy for her. If only the other characters would be more naturalistic, then "The Idle Mermaid" might turn into a genuinely interesting drama.