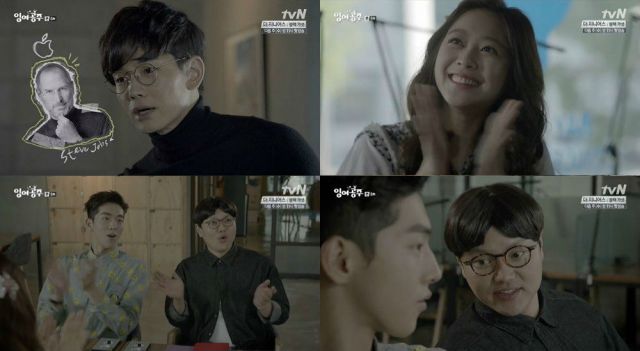 This episode ends with a major misunderstanding being cleared up. Well, technically two, but the first one is more important and it's essential you know right away that "The Idle Mermaid" isn't going to make its characters wallow in artificial confusion indefinitely. I actually disliked most of the episode because I thought the drama was just running around in circles stirring up conflict arbitrarily through the use of random happenstance.

But in fact, the whole plot point with the flash drive exists less to establish that the household's business rivals are bad dudes as it does to show that even in the midst of screw-ups, our characters don't hold grudges against each other and are forgiving of their more human flaws. It's a marked contrast from a few episodes ago when the takoyaki plan blew up in their faces, indicating that they have learned from this past experience.

Recent episodes would have been a lot nicer if we'd actually been building up to this instead of screwing around with other less interesting storylines, but still, I'll take what I can get here. In many ways the youthful cast of "The Idle Mermaid" typifies the awkwardness of the social experience today for people in their twenties. It's mainly just a matter of arrested development- no one's allowed to grow up until they get a real job, and real jobs are increasingly hard to come by. 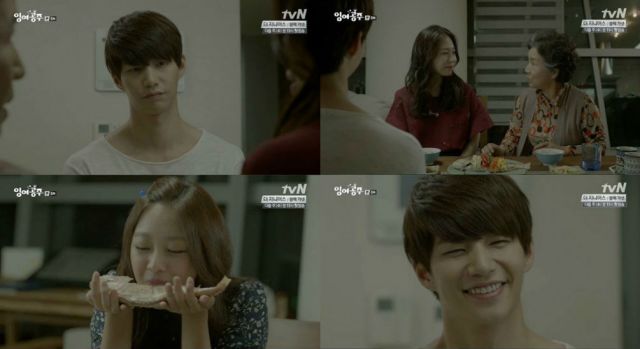 The romance…well, I'm still not sure what to make of the romance. It's still nearly impossible to guess what kind of a person Si-kyeong actually is, and we only get a clear look at his current mental state some time in. At any rate, he continues to actually be a pretty sympathetic character. Si-kyeong's main flaw is that he's focused on his job, but that's hardly a crime given that nearly every character in this drama wants a job they could fully devote themselves to as well as Si-kyeong can.

Weirdly, this makes him a more compelling leading man than Hyeon-myeong, because at least Si-kyeong is proactive and can be expected to act upon his feelings without script contrivances. For that matter Hye-yeong actually has a better love triangle going on, because her potential paramours are a more effective blend of faults of virtues. At any rate, "The Idle Mermaid" is, as the title implies, primarily about a mermaid, and as the cliffhanger indicates, this will probably be a more significant plot point in the immediate future.