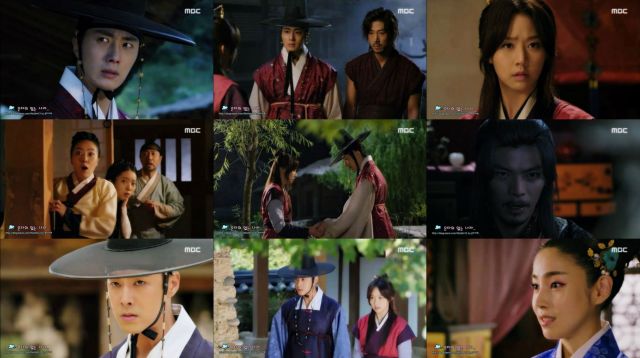 At this point I'm genuinely not sure whether "The Night Watchman's Journal" is actually improving in terms of storytelling or whether I'm just relieved that the action isn't as bad and inexplicable as it used to be. They're still the nagging problem of a lack of build-up. On an episode to episode basis it seems like most of what we see could easily be skipped. One plot twist in particular should have come up some time ago.

Sadam's new plan, at least manages to inspire some mild confidence because it looks like this one will actually go on for longer than one episode, and may actually have to be resolved by the actions of the main characters. Certainly there's enough planning going on here. And action, too. Unfortunately the action tends to be of the misguided stupid variety, but at least it doesn't lead to dumb consequences.

In many ways "The Night Watchman's Journal" appears to have figured out its own flaws and is trying to repair them, it just doesn't really know how. Note that Do-ha never wears her traditional costume anymore. This is good, since that whole thing with the hole was distracting. At the same time, there's still not that much for her to actually do except make mostly ineffective progress at finding out what happened to her sister.

For the sake of optimism, it's entirely possible that "The Night Watchman's Journal" actually is planning to do something with all of this set-up. There are a lot of characters in this drama with very different overlapping motivations, and all it would take is a single instance of decisive action to force everybody to rush into a huge fight. Something with actual serious long term consequences, something that fundamentally changes the structure of the drama. Like the second episode, just not as dumb.

In the immediate term, though, all this drama really warrants is skepticism. I'm glad the action is a bit more inspired, but at the same time all this storyline talk is convoluted and eventually gets to be somewhat dull. Even the tossing of one character in prison doesn't do much for the excitement level, mostly because I can't remember why we're supposed to care about this person. Audience engagement has always been the main problem with "The Night Watchman's Journal", and even if the writing quality has improved there's a more visceral element that the drama as yet still lacks.