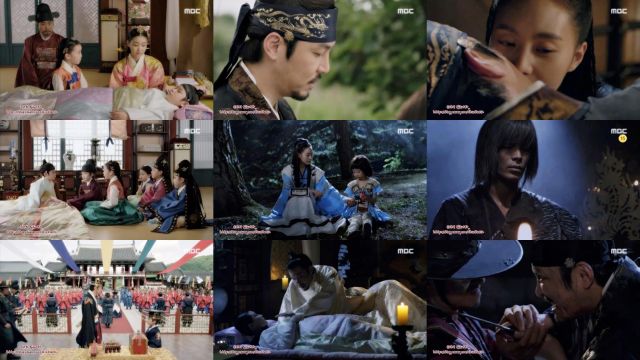 Well, the last preview was pretty misleading. In the first place, we still don't get to see the grown-up versions of the kids. All the better since these kids are really cute, even if they spend most the episode enduring tragic childhood stuff. The simple fact of the matter is the children can't do anything yet- they're too small and powerless.

And the adults are no help at all. Even though they won a resounding victory over the forces of evil last episode, this time around they're almost helpless against an enemy far more insidious than CGI monsters- an unwillingness to reflect on their own actions in a meaningful way. Every problem that arises this episode is a direct consequence of characters being unwilling to confide in anyone that the situation has gotten weird. The result is a cliffhanger that will almost certainly end badly even if the survival of the main character is assured.

The only trouble with all this is that the exposure of these character flaws has nothing to do with anything that happened last episode except in the most literal terms of plot. I can certainly believe that dictatorial taboos existed back then that would make it sacrosanct for anyone to question the king's will, even the king himself. But that's subtext being built up entirely in my imagination. The drama went straight from adventure story to psychological horror with only an episode break separating the two.

As a result, I'm left wondering which of the two genres "The Night Watchman's Journal" is planning to be for the remainder of its run. Honestly, the title made me think this would be more of an episodic drama, where the cast is always having new adventures relating to ghost busting. And maybe it will do that, too, I really don't know. The mystery is more what exactly this drama is trying to do than what's going to happen next.

Still, that's a good spot for the drama to be with a cliffhanger like this, which has no particularly obvious resolution. We're in genuinely unpredictable territory right now, which is a much better place to be than where we were last time, with the story plotted out so generically and idiotically it was impossible to take seriously. Hopefully we get more of these internal struggle dynamics, more the ghosts exploiting inherent weaknesses rather than their turning into literal monsters that need to be killed.