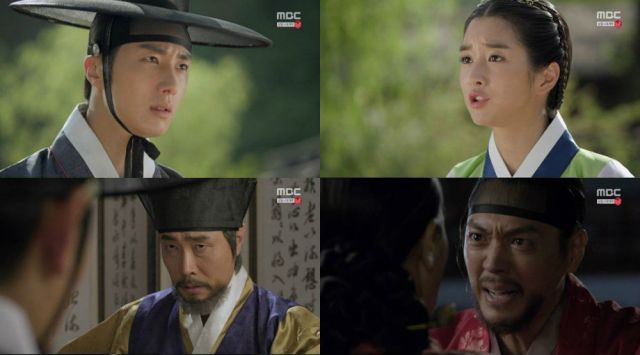 This drama's really obsessed with having its characters run into each other by coincidence. My best guess as to why is because the writers are still really determined to not have all the characters cooperate just yet, although there really isn't any good reason for this. It's painfully obvious at this point that they're all facing the same enemy. Fortunately they do manage to figure this out by the end of the episode, so from this point forward we're probably not dealing with that specific plot thread.

Other important revelations include us finding out what Do-ha's bracelet is for and why it was so important she get it back. It's lucky that Lee-rin finally gets his act together, although I'm a little lost on how he managed to recover the bracelet when last time we saw it the object was in police custody. Well, whatever. Another dumb plot point has been resolved, and I'm glad for that. At the very least, finding out what the bracelet does was fun- it turns out the object is a lot more mundane than we've been led to believe. 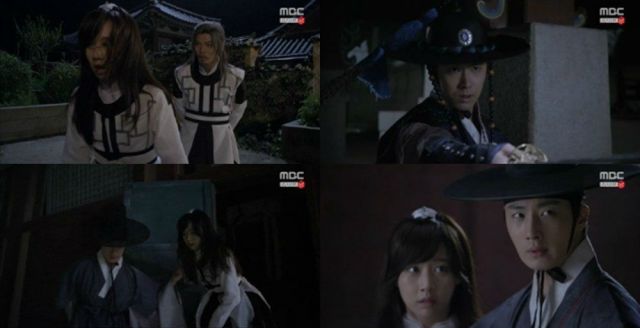 We also get more of a look at Sadam's plan, and yeah, it's a pretty dumb plan. Anything Sadam can't do himself he tries to get the insane royalty to do for him. This works about as well it sounds. It's funny that Sadam's such a control freak when everything about his scheming, practically by definition, involves elements he can't control. This episode is also the first we get of an actual explanation as to why the bad guys keep screwing up each others' plans.

While the overall storyline is in a much sturdier position than before, there's a definite sense here that this isn't really a kingdom worth saving. Everything has just been such a disaster so far, and I guess we're supposed to be optimistic because back before the ghost problems started life didn't seem so terrible. Right now the only engaging question is still what happened to Do-ha's sister. It's not that engaging a plot point, honestly, it's just that her character has the most coherently defined motivation.

Still, I'll take any progress I can get with the drama at this point. This episode, for all its difficulties explaining logistics, does explain some of the ghost mechanics in a coherent way, and the discovery of the titular journal that makes up the title also implies that we're going to go more in-depth on that topic shortly. Right now "The Night Watchman's Journal" is a blank slate in terms of future episodes, and given what we've seen so far, that's definitely a good thing.