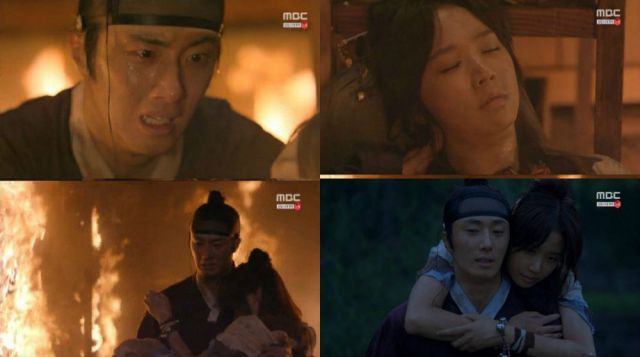 This episode nearly, very very nearly, almost manages to be some decent historical ghost busting action. Part of it is just anticipation. Now that Lee-rin has the titular journal, presumably rules are going to get established about how the ghosts work and it will be up to the team to counter the Ghastly influence. That certainly seems to be the direction "The Night Watchman's Journal" appears to be going- a specific point is made of the fact that the ghost causing all the trouble this time has a specific etymological name.

Alas, any such action will have to wait until next time, as the drama once again decides to just force everything to spin around in a circle as the heroes run around helter skelter with very little idea of what they're supposed to do when they finally reach the objective. This is particularly frustrating because everyone is actually very goal-oriented this time, and even manage to come up with a clever trick to figure out who Lee-rin's assassin was. 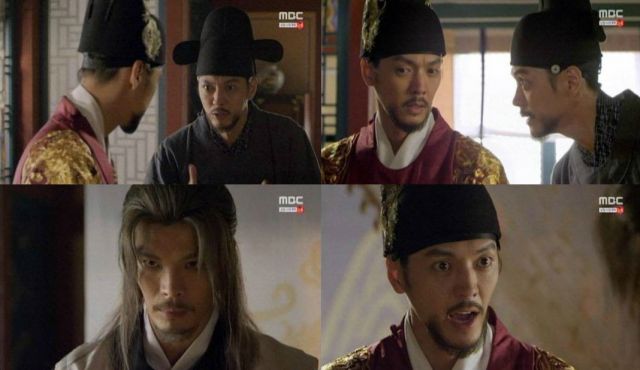 Other parts of the character development also come off well, in spite of the circumstances. There's a great scene early on where a romantic subplot is pretty much fomented out of nowhere. There's a nice parody of a certain kind of emotional moment that looks great in dramas but never really comes out the way it's supposed to in real life. I'm a sucker for these kinds of jokes, though, especially in traditional costumes.

And indeed, it must be emphasized, these little satirical flourishes really don't work that well when "The Night Watchman's Journal" is relying on very similar dumb tropes to move its actual storyline forward. The whole incident with the fire quickly goes from tiresome to absurd. I actually would have preferred that ghosts invoke a deus ex machina solution than what we got. Anyone who's in an exposed fire that long just plain dies, or at the very least is burned beyond all physical recognition.

Lastly, Sadam's plans continue to not be particularly inspiring. I'm honestly kind of curious at this point how much progress he'd make assuming this drama had no protagonists at all. His entire shtick is using magical powers to threaten people into doing things in a universe where people who can so much as see ghosts are regarded as witches who need to be burned at the stake. Mind, I'd stop caring about these background problems a lot more quickly if there was some actual compelling confrontations here.