[HanCinema's Drama Review] "The Prime Minister and I" Episode 13 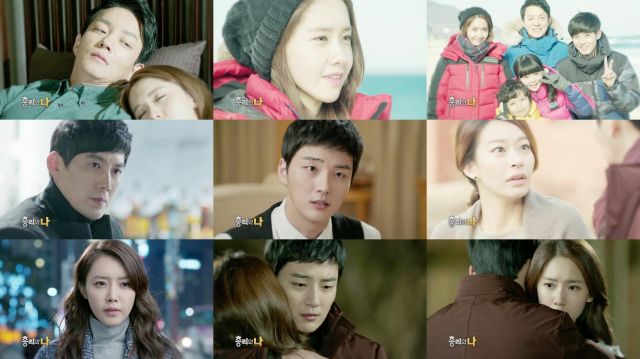 Strangely, even though the last episode dealt with the aftermath of an assassination attempt, it's this time that we actually see characters reacting with a genuine sense of alarm. Yool, rather than brushing off Da-jeong's confession with the brusque casualness so often seen with emotionally closed off men in fiction, actually gives a serious considered response to her statement. And he puts a lot of thought into it too. The entire scene in the theater is a very rough one emotionally.

And yet, in spite of all this, well, it turns out the heart doesn't quite work that simply. Ugh, I can't believe I just typed that. Yes, "The Prime Minister and I" gets rather corny with the love stuff here. Matters aren't helped by the piano music, which is so deliberately tuned to amplify the drama of the situation it's practically eye-roll inducing. There's so much discussion of feelings here that it's just embarassing.

But you know what? I really don't mind. Yes it's undignified yes it's cheesy but sometimes love is actually like that. The privacy of these moments actually works really well for letting the sentiment of the situation really break through. "The Prime Minister and I" could have done any number of more outrageous publicity related reveals of this given the premise of the show, and it chose to go with something more mature. I have to respect it for that.

Granted, mature isn't exactly the word I'd use to describe the latest plot situation, which seems to come out of nowhere. Still, as a final plot twist, it's an effective one. Where Yool and Da-jeong highlight this episode by being completely emotionally honest about themselves, every other character has clearly been holding back secrets, scrambling to achieve whatever their convoluted long term goal is. Some of them are having regrets about this. Others take their plans to the next logical step.

All of this works to set up the mystery so well I'm honestly kind of doubtful whether the drama can deliver on the potential. It's difficult to imagine any explanation for the latest turn of events that doesn't sound horribly dumb and contrived. More horribly dumb and contrived than the premise of a sham political marriage that might now technically be bigamy at the same time it becomes a genuine relationship? Well, actually, maybe not. The writers have done a decent enough job shepherding this drama along so far so I'm willing to believe, for now, that there actually is a clever delivery and explanation for all this that effectively utilizes all the characterization we've gotten so far.

"[HanCinema's Drama Review] "The Prime Minister and I" Episode 13"
by HanCinema is licensed under a Creative Commons Attribution-Share Alike 3.0 Unported License.