[HanCinema's Drama Review] "The Prime Minister and I" Episode 14 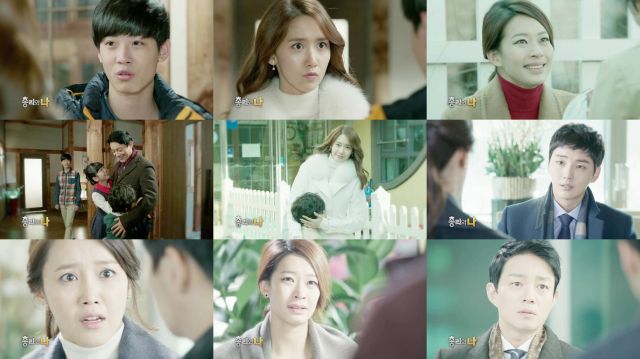 The more vengeance related elements of the drama are starting to fizzle out. It really stinks for In-ho to have gone through all this trouble to try and set up this plan, only to find out now at the last minute that it was all for nothing. It's not that anything has actually happened to endanger the schemes or anything. There's just new information that's come up, pretty much out of nowhere, which calls the rationale of everything that's happened on the spy end of the plot into question.

Mind, there are still some unanswered questions. I can buy that Na-yeong (played by Jung Ae-yun) survived the accident, but why was everyone so sure she was dead when the body was never found? How has she been getting along this whole time? Na-yeong has nice clothes and this episode states explicitly that she's been in the background all along. I'm not sure yet whether there's a substantive explanation behind this or if it's just a plot hole.

Yool and Da-jeong are, as usual, oblivious to everything that's going on. We continue on with the light cheery romantic antics from the previous episode- there's a bittersweet tinge to all this, given that we know Yool's wife is alive and that this is going to turn into a crisis soon. But Yool and Da-jeong come off more as serene than ignorant here.

This contrast is the fundamental irony of "The Prime Minister and I". All this complicated political background stuff is going on, all this wheeling and double-dealing sometimes even in the same building as our main couple. But Yool has chosen that he would rather do emotionally fulfilling stuff like play Go Stop with his father-in-law than devote every waking moment to trying to backstab all his enemies. Granted, from the very beginning Yool hasn't had a good eye for what his political opponents are doing- but he was always in that defensive posture ready to fight back. Now he's relaxing.

Da-jeong too seems to have lost interest in the more complicated intricacies of the plot. At the same time though, she is an intelligent analytical person. We're reminded at one point that at one point she used to be a reporter, and when Da-jeong figures out the big plot twist...well, this entire incident is more interesting from a motivation standpoint rather than a narrative one. The situation we're stuck with now is an awkward one. Difficult choices need to be made, and it remains to be seen whether Yool and Da-jeong will make the right ones. In any event, at least their hearts are in the right place.

"[HanCinema's Drama Review] "The Prime Minister and I" Episode 14"
by HanCinema is licensed under a Creative Commons Attribution-Share Alike 3.0 Unported License.