[HanCinema's Drama Review] "The Prime Minister and I" Episode 15 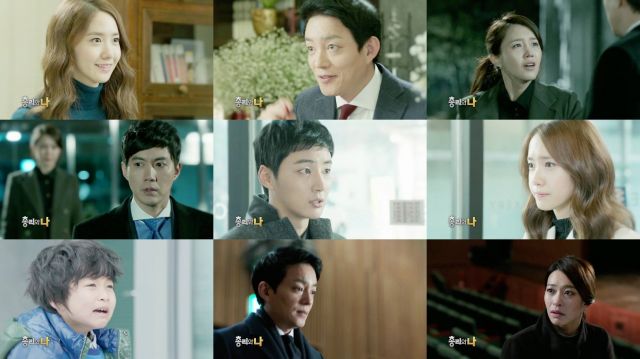 The trouble with having a climax that's about people realizing their revenge schemes were a dumb idea is that...well...there's not really much of an exciting climax. All the potentially exciting dangerous plot stuff is what the bad guys are now trying to cancel, and for the most part they're succeeding. It's honestly kind of comical watching so many cast members working so frantically to prevent anything from happening.

The exception to this is Yool, who remains blissfully unaware of anything that's going on. I have to wonder how he became prime minister in the first place, really. Surely the man has some political allies somewhere. Or maybe that's how he got elected. I can easily see this drama's version of Korean politics being a place where most elected officials try to shirk actual responsibilities so they can play spy games with each other instead.

But enough discussion of all the things that we aren't seeing in "The Prime Minister and I". This episode continues with the soft character exploration of the last, demonstrating how thanks to Da-jeong, Yool and his family are in a much better place emotionally than they were still recovering from his wife's apparent death. Na-yeong's timing in all this remains unclear, as most chances she gets to explain herself, Na-yeong instead chooses to run away.

From a narrative perspective there are two things Na-yeong's appearance accomplishes. In the first place the mere fact that she's still alive is enough to scuttle the schemes against Yool. So that's one plot thread resolved. In the second place though, Na-yeong's presence directly threatens Da-jeong's status as wife and surrogate mother. It's clear that Da-jeong thinks Na-yeong needs to reunite with her family- but as of yet, Na-yeong is still resisting and it's not clear what her plan is, or even if there is one.

All right, am I the only one that's annoyed that Da-jeong and Na-yeong have such similar names? It's really easy to mix them up, and as of yet I can't think of any thematic reason for it- these women have completely different temperaments. Maybe to a Korean ear it's a little less confusing...in any case, for the most part this episode just continues the basic themes of the last one, so there really isn't that much to analyze here. The ending remains elusive and difficult to predict, and it's not at all clear there's any satisfying way to resolve this new storyline development. The context of the full series will make it much easier to judge whether or not the recent episodes here have been successful.

"[HanCinema's Drama Review] "The Prime Minister and I" Episode 15"
by HanCinema is licensed under a Creative Commons Attribution-Share Alike 3.0 Unported License.