[HanCinema's Drama Review] "The Prime Minister and I" Episode 3 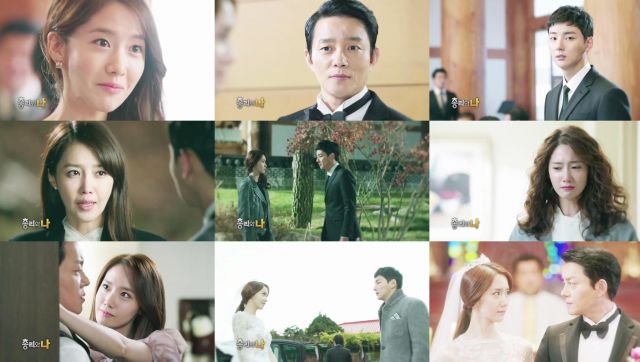 This drama seems to spend an awful lot of time just hanging out in Da-jeong's imagination. Her ridiculous assumptions about Yool's intentions toward her just keep getting weirder. It's a nice touch that even outside the context of tabloids, she still thinks about Yool in headline grabbing terms. Unsurprisingly, Yool considers her a massive inconvenience in the household. Da-jeong is a constant reminder that who he actually is as a person is completely divorced from how the public sees him.

Mind, this is probably a good thing. Yool is just a really mean guy. It's a nice touch that for all of Da-jeong's ridiculous fears, Yool actually ends up threatening her over something much more mundane and ridiculous. It says a lot about his character that Da-jeong's furious screaming isn't an obvious clue for him to stop what he's doing. To Yool, there's a right way and a wrong way. Personal opinions don't matter.

Sadly, this is also true concerning his children, as for the first time we see how exactly he's raising them. It's...well, not bad exactly, but I have to wonder what possible context Yool's childhood was in that regards militaristic discipline as the way to mold children into acceptable youths. If I had to guess I'd say he grew up under hardliners in the South Korean dictatorship. Whether this has anything to do with Yool's political beliefs is hard to say at this point.

At the moment the far more pressing concern is the youngest son Man-se (played adorably by Lee Do-hyun). The little guy just really wants a mom more than anything. I don't think it's dawned on Da-jeong yet just how important she is to the Kwon household for being able to provide this essential service, and how this is the argument that really clenches it for Yoon that the contract marriage is a good idea.

If there's any problem in this episode, it's that it expends a lot of effort just getting to the point that we already knew we were heading toward anyway. There's some missed opportunities here- Yoon is extremely suspicious of the six month time limit, and I would have liked to see some of his outrageous ideas of Da-jeong's character to contrast with the ones she has with him. The drama certainly seems to be padding for time considering how long we spend at the end lingering on faces that aren't actually expressing anything. Still, these are relatively minor quibbles in an episode which for the most part is fairly strong.

"[HanCinema's Drama Review] "The Prime Minister and I" Episode 3"
by HanCinema is licensed under a Creative Commons Attribution-Share Alike 3.0 Unported License.