[HanCinema's Drama Review] "The Prime Minister and I" Episode 6 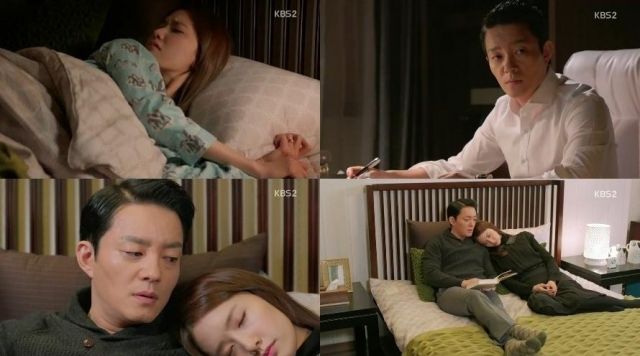 There's more spy antics this episode, though again they're lacking much punch and excitement. Again, if "The Prime Minister and I" wants to get into this kind of territory, the drama needs to stake out a clear villain, or else the tension doesn't make any sense. I think the production team is trying to play up the motivations as being a mystery to be finally solved, but this really just doesn't work when we need somebody to root for in the meantime.

Fortunately this aspect of the plot is dropped relatively quickly. We get one clear clue as what's going on (the introduction of a character who actually looks villainous and acts in an unsettling way) and then we're thrust into the depths of Christmas. It turns out that Man-se's school is doing a special Christmas performance. All the kids parents are going to be there- but Man-se is grumpy because he knows nobody will come and watch him, especially not his dad.

Yes, it's that kind of Christmas episode, and there's plenty of schmaltz. But then, that's my impression as an overly cynical critic. For a sake of contrast, I loved what "Marry Him If You Dare" did with its Christmas episode earlier this year, exposing it as a holiday of dark, ambiguous, conflicting emotions that begged serious questions as to the general wisdom of the lead characters. That was the kind of television to make a person think.

But I imagine many readers actually prefer watching happy television around Christmastime, and "The Prime Minister and I" does deliver on that front. None of the broader problems surrounding this faux family are solved, but they are able to eventually come together for Man-se and it's a sweet moment. It's nice to see that his two older siblings can be motivated by something other than general spite. All around we do get a better picture of the cast's general emotional state, and it's nice to have some clear direction to latch on to.

As a whole, though, the episode is still relatively weak, resting mainly on the ability of this main plotline to deliver emotionally. It's nowhere near as funny as the preview made it look. Certain scenes with lots of great potential (Yool's swordfight being the obvious one) end up turning out quite short, and there's little sense of genuine crisis when various obstacles come up to inhibit the happy ending. Still, it is happy. That's something I guess.

"[HanCinema's Drama Review] "The Prime Minister and I" Episode 6"
by HanCinema is licensed under a Creative Commons Attribution-Share Alike 3.0 Unported License.