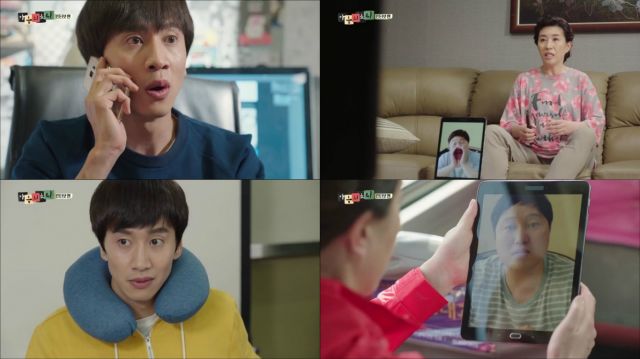 Episodes thirteen, fourteen, fifteen, and sixteen couple up with the last two new TV stories to close out "The Sound of Your Heart". Joon gets a bit more attention than usual- one of the new stories revolves around him completely, as he misinterprets an announcement in a foreign hotel and quickly drives everyone else into an insane fruitless frenzy in the process. Poor Joon. The guy just wants to be a hero, but in the end, even his own family can't stand him.

The synergy of these episodes is somewhat questionable. Joon's emergency would have paired nicely with the previous set that also featured Joon in a Chinese hotel. Likewise, reference is made once again to Seok in the distant future explaining his inspiration. And then there's just the obvious weirdness of having one story about Seok is not famous at all immediately followed by the closer, where Seok can apparently now be recognized on the street by random fans.

That last bit, by the way, is probably more exposition on the real Jo Seok's work ethic than anything else. Supposedly this man skipped out on his own honeymoon solely to maintain an unbroken publishing schedule. It's pretty sweet to see here, though, that Seok is motivated in large part by Ae-bong's own love of "The Sound of Your Heart", which provides a decent excuse even if the overall segment is more of an epilogue than it is really funny.

But I suppose there have already been enough laughs, I guess? No not really. There can never be enough laughs. And besides there's so many "The Sound of Your Heart" comics this drama could hypothetically go on forever. It can't, because eventually the actors are going to want to be involved in other projects. All the same, the closing sentiment is rather bittersweet. "The Sound of Your Heart" legitimately livened up my week for a couple of months, and now it's gone.

No more will I see Seok stumble around like a clumsy dork, harassing children with a big idiotic grin on his face. No more will Cheol-wang and Jeong-kwon somehow manage to hate and love each other simultaneously. No more will Joon fail to turn on the world with his smile. No more will Ae-bong in turning Seok on with her smile, when she's not berating him. Of course I could just start reading the webtoon. But it just won't be the same...

"[HanCinema's Drama Review] "The Sound of Your Heart" (TV Version) Episode 5"
by HanCinema is licensed under a Creative Commons Attribution-Share Alike 3.0 Unported License.