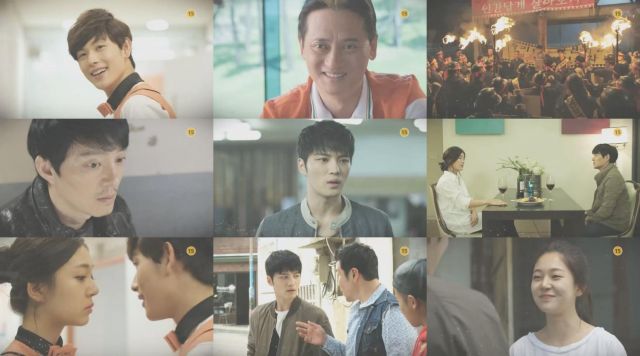 Yeong-dal's plan predictably ends in disaster. Well, actually, not really. Compared to what gangsters normally do to people who try to steal from them, I'm surprised Yeong-dal got off as lightly as he did. In typical form, though, the mancompletely fails to appreciate how incredibly lucky he is that things did not go much, much worse, and spends most of the rest of the episode sulking in his injured pride.

The funniest part about Yeong-dal is that he often makes right decisions but for really dumb reasons. At one point someone makes Yeong-dal an offer. He gets upset and offended about it because of the insult to his masculinity. Apparently Yeong-dal really doesn't like being called. There are countless good reasons why he should not accept the offer, the most obvious being the mess Yeong-dal found himself in the last time he made this deal. But no, the dealbreaker he is quite explicitly the fact that he was compared to a dog.

Dong-soo isn't really making much better progress. He's still sad and mooning over the relationship drama in his own life. So no, this episode did not see a sudden infusion of plot. It's a shame that the pacing is slow here- when events do happen they're often fairly interesting, but for all intents and purpose the story happens in a vacuum. The lead characters practically run into each other by accident- for the most part their storylines are independent.

Let's take Jeong-hee, who's still chasing her dream of being a casino employee. That's not much of a dream, but it's a much better and attainable goal than anything the other characters are looking for. The orientation is a nice scene if only because everybody's looking so stylish. The drama's done such a good job making casino life look seedy and miserable the glamour almost a welcome reprieve.

Jeong-hee remains in the awkward position of being the only character with clearly defined motivation even though she's pretty clearly not the lead. "Triangle - Drama" seems determined to be an absolute character study. There's not really anything wrong with this goal, but appreciating the drama at all requires a pretty serious degree of concentration and patience. Even as I like the earlier parts of this episode, as time goes on, it always gets more difficult to give this drama my full attention.There's only so far we can get with character exploration alone.