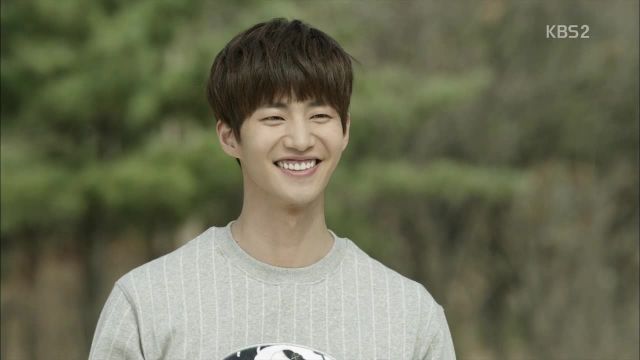 This was the strongest episode by far. For all the annoying interconnections between people that can be a weakness, this show timed its reveals so well that those interconnections ended up becoming strengths. Along with the reveals came many insights into a rich past that brought viewers closer to the characters on screen

Perhaps the strongest story was that of Hyeon-jeong's. She is the work-a-holic oldest sister. She protects her family. It is she who discovers the identity of her father and it is she who steals the episode with her character development and Do Ji-won with her understated, but powerful, acting. As she moves through the episode, slowly realizing she could've found the father who shattered the world around her family of close-knit women, Ma-ri and Mo-ran discover who Doo-jin's mother really is. The parallel reveals were exquisitely timed. A third revelation was that of Roo-oh. He sees Ma-ri with Doo-jin (who just happens to be his brother) and assumes that Doo-jin is her real crush. This storyline I'm not so keen on with the brothers fighting over a woman and Roo-oh getting so insecure after all he's done to get her.

Then we have the backstory behind Goo-min and Hyeon-sook's romance, which is just as precious as that between Roo-oh and Ma-ri. Revealing the past between Goo-min and Hyeon-sook makes me want to root for them even more, especially since Goo-min is so obviously still in love with a very oblivious Hyeon-sook. Her self-esteem still won't let her accept that a man like him could love a girl like her. Although she's taking steps to better herself, she hasn't quite yet gotten that far. The flashbacks let us see what a kind-hearted man Goo-min is just like the ones last episode gave us insight into Jong-mi, Hyeon-sook's best friend.

A plot thread I'm also not keen on in that of Eun-shil, the insidious and jealous manager of Soon-ok's cooking class. As if there wasn't already enough going on in this story, the writer had to add in another self-serving person. I wonder if she, too, will receive a redemption plotline.

Aside from a few quibbles, I'm really enjoying this show. It creates a solid world and allows me to forget I'm watching television.