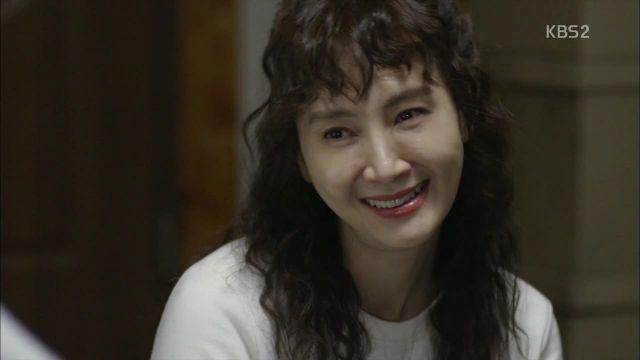 I'm not a fan of some of the twists and turns in this week's episode of "Unkind Women". They were overly dramatic. The construction of the web of relationships in the drama is already a bit difficult to believe, so turning Mo-ran into a desperate woman in the twilight of her life is too dramatic a move. There are enough coincidental and unbelievable events to fill a lifetime without the addition of her dramatics.

Mo-ran has been seeking forgiveness from Soon-ok so that she can die in peace. I find their friendship frustrating, but understandable. It moved along at a nice clip and their tensions were something that many women feel. But to bring Mo-ran back into the romantic mix was a move straight out of a soap opera. I had hoped to see Soon-ok make the most of her second chance with her husband without all the added baggage. Television rarely knows how to make the most of the simplest moments. "Unkind Women" could use more of those moments.

The relationship between Ma-ri and Roo-oh is rather simple if we don't take their families into consideration. They fought, they talked, they made up. They acted like adults and it was so refreshing to watch. However, their romance, as I had predicted, will be tainted by the nasty relationship between their mothers, Hyeon-sook and Hyeon-ae. It will also be strained by the fact that both men vying for Ma-ri's affections are brothers. Of course. Why would a drama ever choose men who aren't related to go after the leading lady? That would be too much to ask. (Please note the sarcasm.)

I'm falling in love with the relationship between Moon-hak and Hyeon-jeong. They are both adults who have carved out careers for themselves. He brings Hyeon-jeong out of her shell, and she gives Moon-hak direction. It's such a sweet relationship in its honesty and in how well the two compliment each other. Hopefully family drama between Hyeon-ae and Hyeon-sook won't rip them apart like it will Ma-ri and Roo-oh.