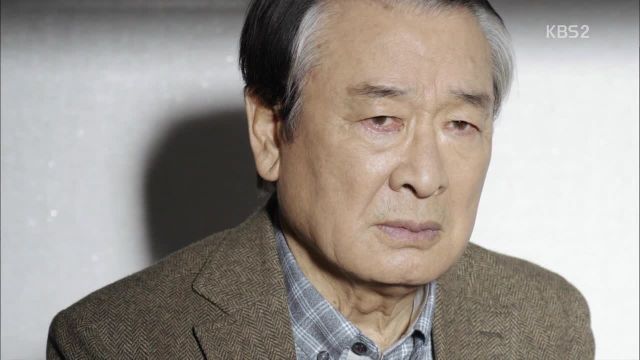 "Unkind Women" is delving into the nitty gritty of all the issues at hand. Almost everything is out in the open and must be dealt with. The things that remain hidden ground the plot with a constant feeling of tension.

There was so much happiness in this episode. Cheol-hee chooses to return to his family and that gives us some beautiful family moments that have been sorely missing from the lives of the women in Soon-ok's family. Of course such sweetness can never last in dramaland, but it is a good source of hope for the viewer. One fact that makes the family moment's bitter is that Soon-ok chooses to lie to Cheol-hee about their family situation. It causes a lot of mental anguish.

The other fact is that Mo-ran continues to keep the secret about how Cheol-hee disappeared and lost his memory. That secret turns her into a greedy person and throws her back into a family she should've never been a part of. Her insecurities tempt her into making bad decisions. At the same time, having Mo-ran around is so enriching for the story. She defends Hyeon-sook when no one else does. She challenges Heyon-ae to take responsibility for her actions. Now all Mo-ran needs to do is admit to her own wrongdoings.

Ma-ri is currently the most honest character. She is upfront and honest with everyone and she has a wicked sense of humor. She doesn't lead Doo-jin on, and she doesn't hide her wants and desires just because she is afraid of her mother, or Hyeon-ae, or anyone else. When she sees something wrong, she points it out. When she does something wrong, she owns it. It's lovely to have a woman like her meandering around "Unkind Women".

The battles between Hyeon-sook and Hyeon-ae are quite exciting now. Hyeon-sook is no longer a scared teenager. She is a determined woman. Hyeon-ae is no longer a single woman, but the head of a family. These women are different and will both have to learn to forgive and to compromise. Hyeon-ae is constantly having to face her decisions that were, and continue to be, fueled by her insecurities. Those bad decisions are what pushed Roo-oh away. I like that Hyeon-ae isn't just a bad guy. She is a struggling woman who is not all bad - she's just easy to hate.

Lastly we have Cheol-hee, Soon-ok's husband, who is slowly regaining his memory. The second half of his life he's lived a moral and upright life and can't imagine doing such things as cheating on his wife and family. But he will have to come to terms with his actions. It's an interesting way to have someone self-reflect.