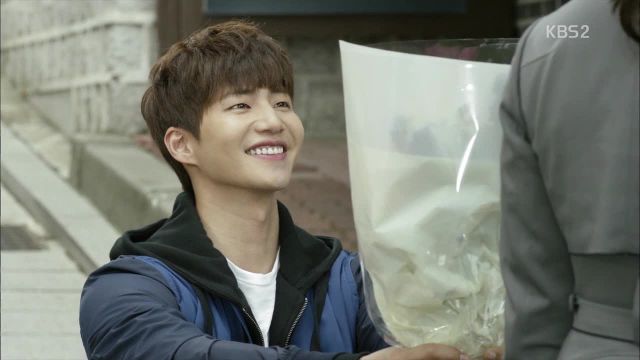 The juxtaposition of the past and present continues as bitter memories fuel revenge in the present and interfere with the newest relationships. This is also the point in the drama where  those who have done wrong begin to atone for their sins - most of them anyway.

Wounds from the past have hardened Hyeon-ae and have negatively affected all of her relationships. She has not yet begun to take responsibility for her actions. Where Hyeon-sook realizes her wrong and is working hard to pull herself back onto her feet, Hyeon-sook firmly denies the need to change and continues to cut corners to better herself. We the effect of the behavior - she is left alone by those she loves most.

What's interesting in this episode are the parallels drawn between Hyeon-sook and Hyeon-ae. They were both belittled and hurt by teachers. They both do not want their children together based upon the families they come from. Hyeon-sook, although kinder than Hyeon-ae, still judges Roo-oh for his career choice. She has changed a lot in that she is working hard to change her life, but she is still quite similar to the teacher she hates. Hyeon-ae hasn't made any changes at all. She will be the hardest person to change. Her sons will play a large part in her reformation, I'm sure.

Another person who wants to change is Cheol-hee. He has regained his memories and has kept that fact a secret. Instead, he tries to make up for lost time by cleaning the house, questioning his family to see how they've lived with him gone, and making plans to seek justice on their behalves. He also ignores Mo-ran, which is satisfying to see. The major change in him is obvious: he's lived thirty years without a family and he has aged. Both of these combined gives him a perspective he didn't have when he was young and passionately in love.

Speaking of love, Ma-ri has told Roo-oh to win over her mother, Hyeon-sook, or they can't date. He begins to woo her beautifully. It's nice to have a few cute scenes mixed in with all the heavy material. Hyeon-jeong and Moon-hak's romance is cute as well. It's moving along steadily and they date like the adults they are, neither trying to change the other, but just accepting the other person at face value.

The heaviest conflict of the episode was with Mo-ran. Eun-shil has discovered that she was part of Cheol-hee's accident and Hyeon-sook now knows as well. It's a turning point in Mo-ran's relationship with the family she hurt by purposefully being Cheol-hee's mistress thirty years ago. Her cowardice is why she is a good character: she is not just seeking forgiveness, she is still protecting herself. It's a great character arch no matter how frustrating Mo-ran may be.