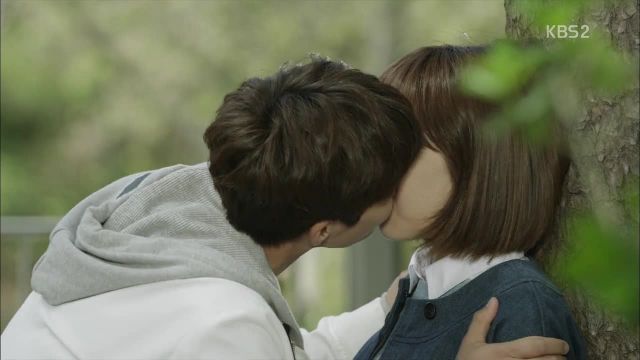 I'm not a fan of the relationship between Mo-ran and Soon-ok's family. A lot of excuses are made in order for friendships to be had. The truth of her involvement with the family shakes them to the core and the way the situation is resolved is extremely unsatisfactory.

I don't get the friendship between Soon-ok and Mo-ran. They fuss like siblings, but at the heart of their relationship is a painful divide. Somehow it works itself out in this episode with the excuse of the passage of time. If the passage of time worked, then why did they just spend the past seventeen episodes at each other's throats? Their relationship is quite unsatisfactory, especially when Mo-ran vacillates between complete selfishness and subservience.

The character that rises to true prominence this episode is Eun-shil. She has high aspirations that she can't quite achieve and that embitters her. Her method of getting what she wants is to sneak around and steal, which negatively affects Soon-ok's family. I predicted that Eun-shil would be used when the story began to flag and needed something to up the ante - well that time is now. It's a pity they're using Eun-shil in this way because her character is difficult to empathize with. It hasn't been properly built up. I find her plain annoying and in no way integral to the plot. She is merely a utilitarian character.

The romances saved this episode. Roo-oh and Ma-ri continue to work through their differences and savor their affections for each other. They work together in an honest fashion that their elders would do well to imitate. Hyeon-jeong and Moonhak handle their relationship in a wonderfully honest way as well. The fact that Hyeon-ae is an obstacle in their relationship doesn't seem to deter them. These two relationships carried this episode, especially since most of it dealt with Mo-ran. Cheol-hee did right by his family and kowtowed to their whims for his foolish, youthful ways.

I'm disappointed in this episode.