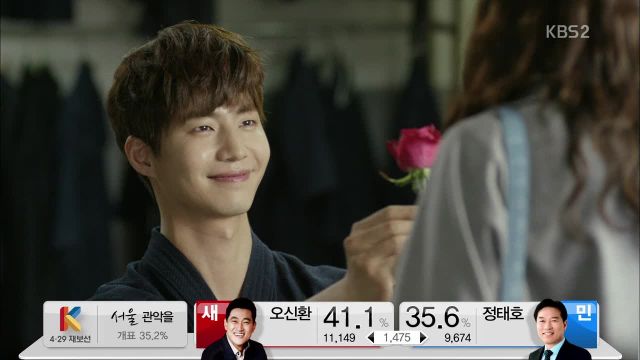 There is a lovely dynamic shift between our characters as they learn and grow. Also, it shifts as those who are too insecure and selfish continue to interfere in the lives of others. As time passes all of these unkind, supposedly unhappy women finally gain insight into themselves and their lives. They see they are content despite all of the trials that they must walk through because they have each other.

The first example of this is the peculiar friendship between Soon-ok and Mo-ran. They have both hurt each other by the nature of their relationship: wife and mistress. But, they have also gone through thirty years of life without the man who damaged them. Soon-ok raised her girls and her granddaughter, built a successful practice, and lived a good life. She had her ups and downs, but now she is really appreciating what she had. The return of her husband has forced her to reflect upon that. It hurts that he was gone and that he is back, but she has been happy in life. It's such a huge realization to understand that happiness can thrive even among various sadnesses. Soon-ok found friendship in Mo-ran and that friendship helped heal Mo-ran's illness. (This is something I don't particularly understand, but it is not worth pecking over.)

Hyeon-sook has raised her daughter and soldiered through life thinking she was subpar. After all of her troubles, she decides to invest in herself and allows those who lover her to help: Goo-min, Soon-ok, her daughter Ma-ri. It's beautiful to see her change just because she's trying. No large steps have been made, but her attitude makes all the difference. It makes so much of a difference, in fact, that Hyeon-ae's nasty verbal barbs no longer sting. Hyeon-sook actually comes out on top in all of their matches and even pities her former teacher who must work so hard to upkeep the lies that bolster her now shaky reputation. Where Hyeon-ae once had everyone fooled into thinking she was great, she now has to fight tooth and nail to keep people from seeing past her cracking facade. I absolutely adore the reversal in her character and in the power play between her and Hyeon-sook.

One fun aspect of watching Korean drama as a Western woman is to see how much power the hierarchy of family and marriage can have on social standing. Family and marriage function differently than in an English-speaking country. It allows for Hyeon-jeong to put Hyeon-ae in her place. Despite the fact that Hyeon-ae is older, Hyeon-jeong is actually socially higher on the ladder as she is marrying Hyeon-ae's uncle. In this case, marriage really is power, and it's fantastic to see Hyeon-jeong wield it against a woman who really deserves to be knocked down a few pegs.

The last major point of the episode to touch on is Eun-shil and her jealousy-fueled revenge against Soon-ok and her family. Eun-shil could be called petty if she weren't so clever. Her revenge may be motivated by an immature insecurity, but the revenge itself is the result of years of working and learning about how Soon-ok and her family function. It makes Eun-shil a great villain albeit an annoying one. She'd be better if it was easier to empathize with her. She has mostly cast as a hateful woman and we have been given little reason to like her or understand her.