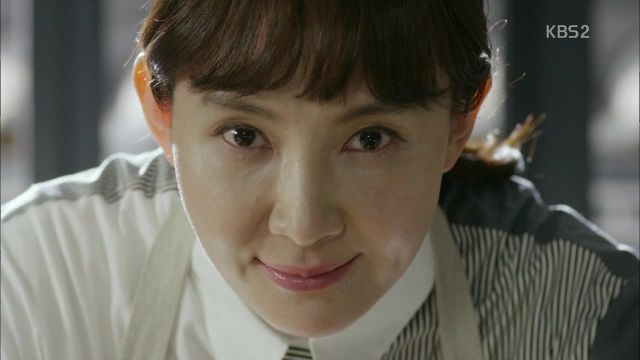 Episode 20 was a turning point for "Unkind Women". It highlights the changes that have gradually worked themselves into the story and into the characters. With four episodes left, the story is really about how the characters will come together and learn to overcome and appreciate life after all the hardships they have suffered.

Soon-ok embodies this concept best. She has been betrayed by Eun-shil in every way, and yet Soon-ok sees beyond Eun-shil's actions to the insecurities that have perpetuated them. While everyone else gets angry and seeks revenge, Soon-ok does not. She has done the same with her daughters and their errors: she acknowledges the errors but does not judge her children. It's a beautiful concept to embody in a character. It can also be infuriating because justice deserves to prevail! The combination of the compassion and the tension created by Eun-shil's deception is wonderfully thought provoking.

Eun-shil has finally become a fleshed out character. We can see what her malicious decisions do to her, both in the process of making the decision and enacting it. She struggles to convince herself that she is following the right path. I wanted more of this from her much sooner in the drama. She was neglected in favor of Roo-oh and Ma-ri. Now the couple is neglected in favor of the media explosion. I miss their cuteness, but their stability as a couple allows for their story to stagnate in favor of more immediate concerns.

Hyeon-sook has taken huge strides forward. Where setbacks would've once broken her spirit, they now encourage her to work hard for what she wants: to protect the mother who made a beautiful life for her and her daughter. There are several potent moments that were well-filmed and well-acted, and show how far Hyeon-sook has come from the fragile, insecure woman she once was. She has become who Eun-shil and Hyeon-ae need to become, a woman who has changed her outlook on life and therefore how she feels about life.

Hyeon-ae is wedged into the thinking that she needs monetary and social security to be happy. She has alienated her family, her colleagues, and her first love in order to achieve her so-called happiness. But when her first love acknowledges that he loves her for being her, it shakes her in a way that Hyeon-sook's newfound empathy can't. Love can move a person when nothing else can't and I hope her first love's words will spark a change in her cold demeanor and treatment of others.