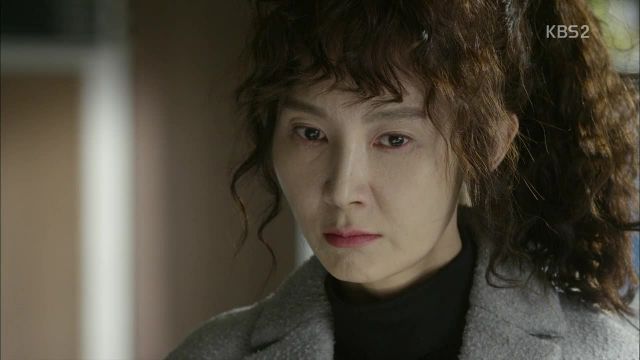 "Unkind Women" is a story about overcoming the past and the heavy emotional burden it can place on a human soul. All of the women in Soon-ok's family have challenges to face that are caused by wounds long since healed and scarred that have reopened to cause more pain. These women have to learn to lead their lives again. And on the way, we get some beautiful moments.

Chae Shi-ra as Hyeon-sook is a grounding force of the drama. She has such a relatable presence that despite anything her character does, it is easy to empathize with the unfortunate Hyeon-sook and her situation. The way Chae can take a hectic moment and silence it with her watering eyes is a skill that's rare. She rounds out each scene she is in.

Chae's character, Hyeon-sook, is the most visibly damaged woman. Her past haunts so much of her life that the actions of others constantly remind her of pain. The parallels between past and present make her a powerful character and the scenes in which she appears very well-planned.

And then we have the other women of this story; powerhouse women who don't see their own value. "Unkind Women" explores how these women see themselves, and will hopefully delve into how they grow to love themselves and see beyond their faults and scarred pasts. This is the strongest aspect of the show.

The back stories behind all characters, including the minor ones are well-written and easy to relate to. It rounds out the cast in a way many dramas neglect. Some of the backstories reveal connections that are a bit too convenient and may act as story crutches, such as the fact that Doo-jin is Hyeon-ae's stepson. But such drama tropes aside, I enjoy learning a little bit about each character that crosses the screen.

Soon-ok, the matriarch, has lived her life in her husband's lover's shadow. That woman is Mo-ran, a dying woman who re-enters Soon-ok's life. I'm guessing that the meeting of the women after so many years will be for healing and forgiveness more than for Soon-ok to enact her revenge.

Romantically, Ma-ri has the most conventional path to follow with two possible suitors on her horizon. Hyeon-sook has an interesting past with her husband from who she is separated. I like that they don't just hate each other and that there are visible layers of emotion and history between them.

As a woman, I can get behind a show exploring the difficulties and beauties of life from a  woman's perspective. So far, "Unkind Woman" is a fun and fulfilling watch. I hope it stays that way.