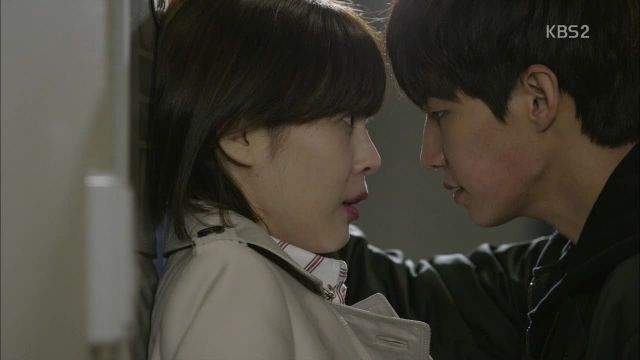 "Unkind Women" is delving into Hyeon-sook's past and from that burgeoning knowledge comes the reason why she has been so strict with the brilliant Ma-ri. We also learn more about Hyeon-sook's enemy, and about the pain that has plagued Soon-ok for thirty years.

This is the point when "Unkind Women" feels like it's truly starting to take off. Soon-ok's house isn't just the home of complaining women, but a home full of people who have had serious emotional damage. The stories begin to deepen and present layers of the past and present that bring the characters' stories closer. In particular, we see more of Hyeon-sook's past and how she felt victimized and that mentality carried over for the rest of her life. She teaches her child not to grow up like her, degrades herself to her husband. She feels worthless and acts the same. She's such a pitiable, but marvelous, character and I can't wait until she learns to stand on her own two feet without blaming her painful past for everything.

Hyeon-sook's pain led her to raise Ma-ri strictly, as a brilliant overachiever who has felt significant pressure throughout her life to succeed. In this episode, Ma-ri reaches a breaking point and calls her mother on her reasoning for being so strict a parent. It's a horrible and wonderful scene in terms of turning points. Ma-ri breaks free of Hyeon-sook's insecurity, and Hyeon-sook is forced to come face to face with her feelings of worthlessness.

Hyeon-sook's high school teacher, Hyeon-ae, makes herself more known. She is most definitely a two-faced go-getter who hasn't budged ideology for thirty years. It's easy to see how she could have a detrimental effect on Hyeon-sook. To this day the teacher still sees her as a failure and is out to prove her opinion right. She's the best kind of villain - one who believe in her cause, which makes her more evil. In the small world of "Unkind Women" we will see Ma-ri, Hyeon-sook, Hyeon-ae, and Doo-jin meet in scenes that are a bit improbable, but work very well to pull poignant character moments out of the damaged, "unkind" women of this story.

Ma-ri's romantic life is taking off. Roo-oh most definitely has a crush on her, and Kim Jae-rim makes it the sweetest thing. Doo-jin and Ma-ri have a work relationship that is antagonistic. There isn't much between them yet in terms of chemistry, but I like that her suitors are developing at different rates.

Then we have Soon-ok and Mo-ran. Soon-ok is torn between wanting to reminisce about her not-so-dead husband and taking her lifetime of anger out on Mo-ran. The two together are like gossiping, bickering teenagers. It's my favorite relationship in the story because they may be older women, but they are women nonetheless. Watching them work out their baggage is delightful. Both actresses transcend their ages.

I can't quite tell what I love about this show. The filming style isn't particularly wonderful. The colors are a bit drab. The circle of characters and how they are connected are a bit cliche. But in the end, this show is about growing up no matter what one's age is. And that I can get behind.