Each unkind woman has begun to forge a new path in life. Their lives did not go the way they expected, but that doesn't mean that life is over. In fact, even the oldest woman is finding new life in friendship. As they try to take control of their lives, the past comes back to haunt them - whether or not is succeeds is a matter left to be seen.

Soon-ok and Mo-ran have found a comfortable ground upon which they can stand and relate to each other. It's a happy medium where Soon-ok has forgiven Mo-ran and the women understand each other. While this friendship and the growing understanding between them ingratiates them to the audience, the added plot thread of Cheol-hee's survival and returning memory tarnishes it. I really hate his inclusion into the story and how his memory is being regained. It's one more coincidence and one more problem that just doesn't need to be there. It's inclusion in the story takes away from the other plot threads that are, frankly, much more interesting. 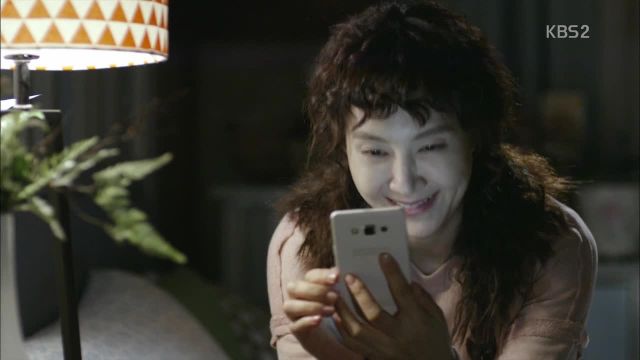 For instance, take the budding romance between Roo-oh and Ma-ri. Currently, it's the purest relationship in the story. Misunderstandings have been cleared up and they're just a sweet new couple. I anticipate the story throwing a major wrench into it, but the honest, uncomplicated relationship is refreshing in the tangled web of lies and relationships that tie past to present.

Hyeon-ae is getting closer to being forced to face her past. She's been avoiding for years and making excuses, but no longer. It's nice to see her start to sweat as the heat is turned up. Doo-jin and Moon-hak shed light on the reasoning behind her horrible treatment of Hyeon-sook, which morphs her from a villain into a layered villain. She is now much more interesting. I like that her struggles affect Doo-jin and Moon-hak who react quite different to her past transgressions.

Hyeon-sook is taking her life into her own hands, or at least she is attempting to. She is no longer passively allowing bad things to happen to her. She receives tutoring from her soon-to-be ex-husband; she looks for work; she seeks redemption. I'm sure she'll hit bumps along the way, but it's nice to see her take charge of her life instead of flailing around like she she did until now.