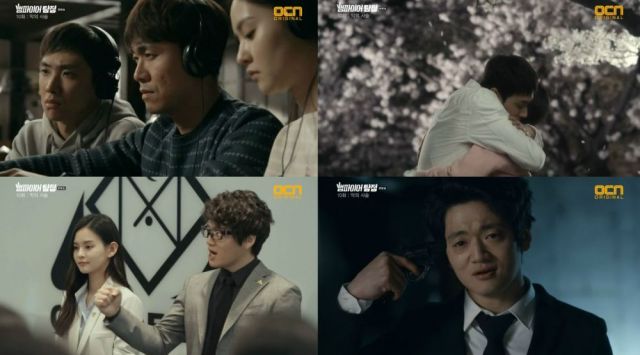 I would not blame anyone for forgetting that "Vampire Detective" has a main plot, given we only see a few seconds of it in each episode, but it is finally here and so are some explanations about the past. Unfortunately, those explanations feel rushed, as do some important character decisions. Even though it is about eight episodes late, the backstory and character development we did not get for an entire series have been provided.

I have an important question for the creators. Why did this episode's story happen now and not in episode two, at least partially? Everything that happens here until things go awry is basically the character and relationship development which would have made sense as part of the introduction. It would have made me curious about and invested in Yoo-jin (Kim Yoon-hye) and Tae-woo (Jo Bok-rae) enough to be excited over the tiny amount of screen time they have been given between the premiere episode and now. 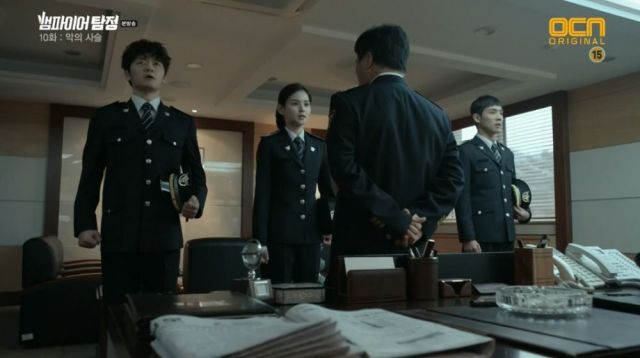 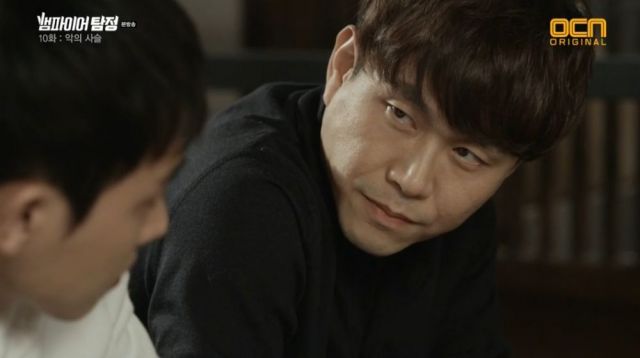 Good storytelling piques one's curiosity by withholding the juiciest bits of information, but I feel "Vampire Detective" denied us even the bare necessities, only to rush through them at the end. While some things are explained now, others become more of a mystery. We know why Goo-hyeong (Oh Jung-se) cares about San (Lee Joon) so much, but his lack of development throughout the series detracts from the emotional impact. We also have no clue why a mild-mannered professional suddenly became a womanizing fashion victim.

The San, Yoo-jin and Tae-woo trio is appealing. They all have their insecurities, virtues and vices. They feel much more human than they have felt for most of the drama and this includes San-bot, who has barely shown us his thoughts and feelings about anything important. I do feel masculine rivalry and a love triangle are juvenile reasons for betrayal though. Additionally, they are not a grand enough motivator for whatever is going through Tae-woo's mind at the end of the episode aside from a bullet. 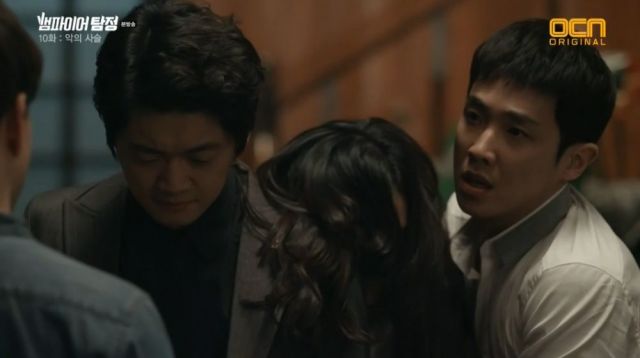 What I am saying is, if you want me to believe a man would decide to become a creature he just found out about or kill himself within a two-hour time window, his motivation for either decision has to make sense. His inferiority issues and obsession are portrayed well, but they do not explain why he wants vampirism for power or to save Yoo-jin, who could have already been dead. Death solves nothing as well. Am I to assume he was simply too panicked to think? At least this makes sense.

I cannot help but wonder what type of show "Vampire Detective" would have been with better plot planning and clearer writing. I expect a lot of things to go unexplained, although I hope Gyeo-wool's (Lee Se-young) much hyped secret will not be one of them. You have denied us so much, series. At least provide closure for your most developed character.