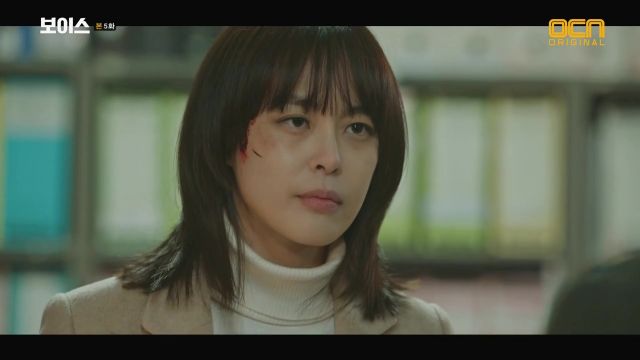 The search for Offier Eun-soo's kidnapped sister continues. Some light is shed on the precarious psychological state of not only the murderous kidnapper, but also on Eun-soo's family situation. Perhaps it will bring into the fold of the emergency call responders.

On top of her fine hearing, Kwon-joo is a diagnostician. She seems to have the ability to diagnose people based on their behavior, which is a tad unbelievable, but works for the plot as the manifestations of the perpetrator's illness are used to solve the case and bring Eun-byeol to safety. Mostly this episode was about showing the growing partnership between Kwon-joo and Jin-hyeok. He proves himself to be just as reliable as she is, especially when a head injury puts her super hearing out of commission. 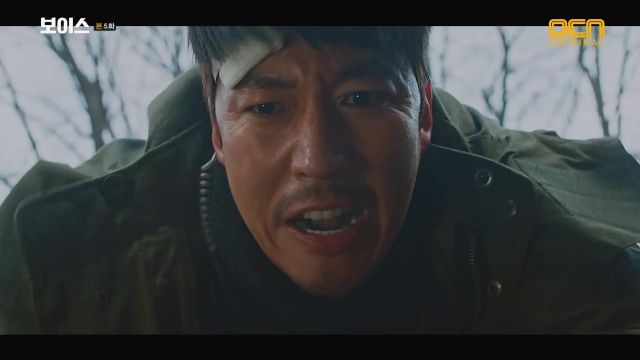 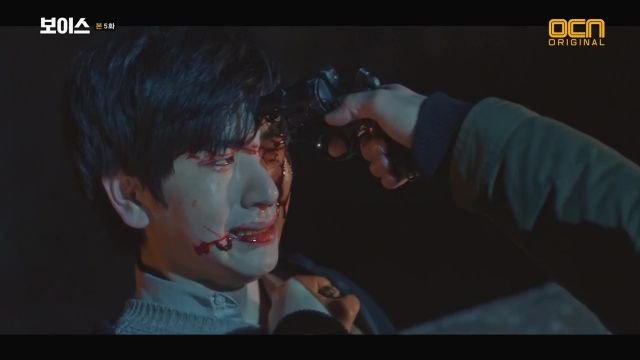 Although this is a crime drama, the procedural aspect of it is totally inaccurate. So let's throw away expectations of realism and go with what we got: excitement, blood guns, and crazy bad guys. It allows Jin-hyeok to give gritty heroic speeches and Kwon-joo to become a sister-like figure to another victim. In terms of action, "Voice" is exciting. it's always moving, solving things, moving players, and delivering a creepy bad guy. It hasn't developed the members of the Golder Team very well. This episode was an attempt to reveal Eun-soo, but it wasn't entirely successful.

Jang Hyuk is acting more like his capable self. I do believe the direction at the start of this drama made him looking like a gaping fish, but he has regained a rugged composure that is much more realistic. Lee Ha-na is still rather stiff has Kwon-joo, which could either be acting or direction. I tend to lean towards direction because of how one-dimensional the other characters are portrayed. Rather than dig into the case of the day, I'd really like to see this drama explore it's characters more. 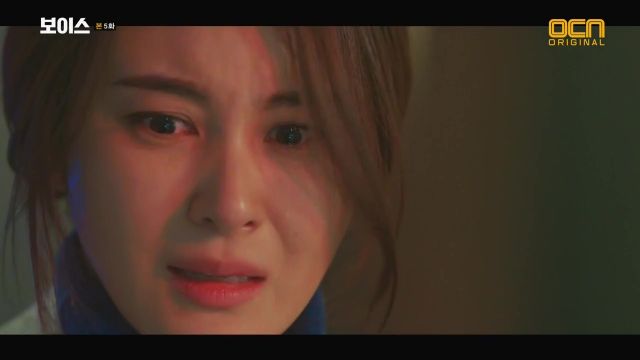 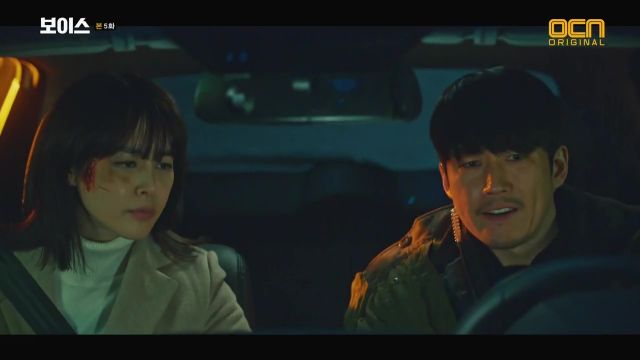