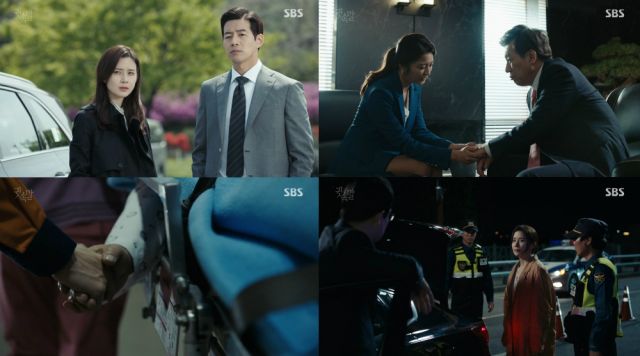 Being seen close to a body in Dramaland is never a promising event for one's future and in a series like "Whisper", the outcome is always predictable. Yeong-joo and Dong-joon now have two enemy sides to fight against, but those two sides are also fighting each other, complicating things for everyone. Tae-gon becomes the most important pawn for all sides while Soo-yeon finds herself in a familiar situation highlighting a theme of the drama.

Yeong-joo's (Lee Bo-young) framing was expected, although the leads lacking the foresight to at least not be tailed seems like another major lapse in judgement. Characters becoming conveniently stupid is nothing new, but it can only work so many times. With two sides now against our leads, I wonder what will happen. Would Jeong-il (Kwon Yool) risk jail time for revenge through taking down Il-hwan (Kim Kap-soo)? 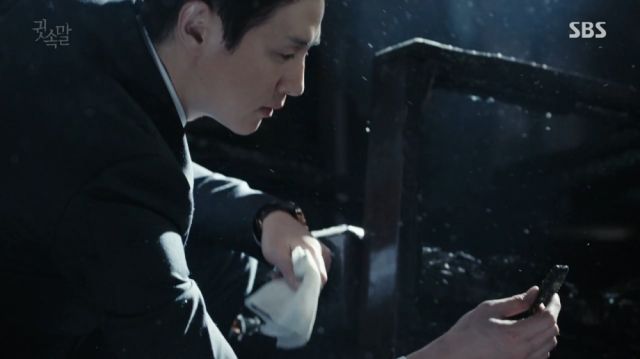 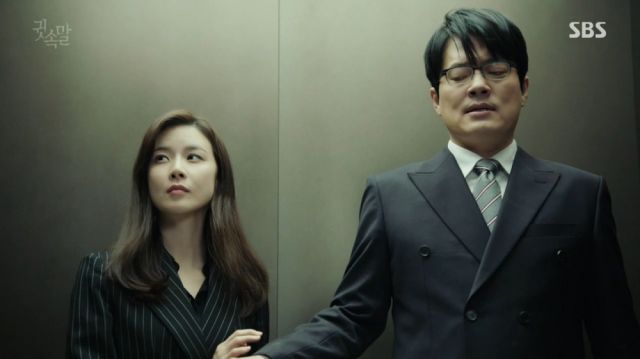 I previously assumed that Tae-gon (Kim Hyung-mook ) would be switching sides throughout the series, but I wonder about his fate now that he has foolishly tied it to that of Il-hwan. Kyeong-ho (Jo Dal-hwan) and Bo-yeon (Yoon Joo-hee) clearly have enough dirt on their respective bosses to be of use to our leads and Sang-goo (Kim Roi-ha) could be found, but without someone more powerful on their side, things do not seem manageable.

I also wonder if Soo-yeon (Park Se-young) has any kind of future as an ally at this point. She has the interesting fate of being used as an excuse by men who want to kill for their own gain. However, while betraying a lover is a Dramaland staple, pitting children against parents is still treated as an unthinkable act most of the time. I see some hope of the series breaking this taboo with Dong-joon (Lee Sang-yoon) forsaking his own horrible father, but Soo-yeon's case seems trickier. 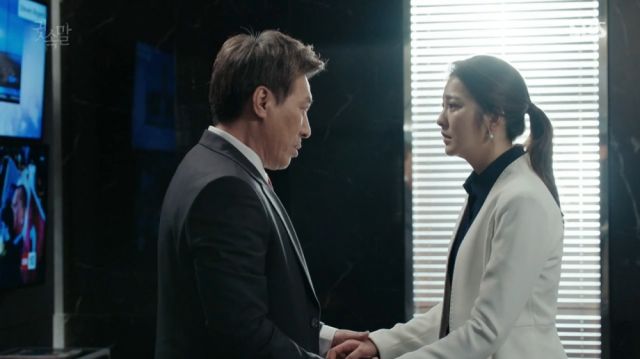 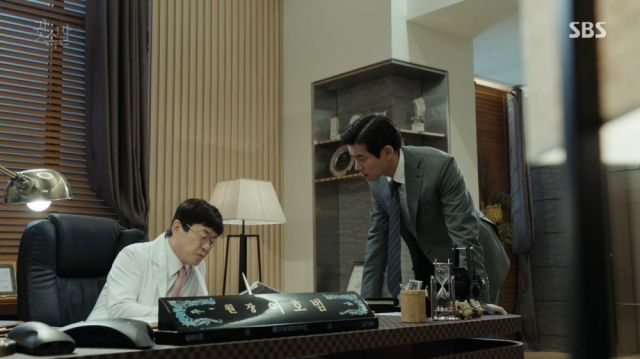 My wish to see this dilemma in Soo-yeon and Dong-joon essentially stems from the lack of compelling moral challenges in "Whisper". Dong-joon's turn to heroic was not well-developed, the evil couple's betrayal of each other happened instantly. Aside from Yeong-joo's moments of weakness and contemplating submission, the series does not use its interesting set up for rich character drama. The power games would be more fun with engaging people involved.

It is my hope that the series will touch upon this particular subject at least, because it is a prominent theme. Yeong-joo is faithful to her father out of love and respect, Dong-joon has been out of necessity, Jeong-il's motives are still debatable and Soo-yeon is once again a slave of her misguided belief that sacrifices happen for her sake. It would be a shame for this element to remain underutilized.