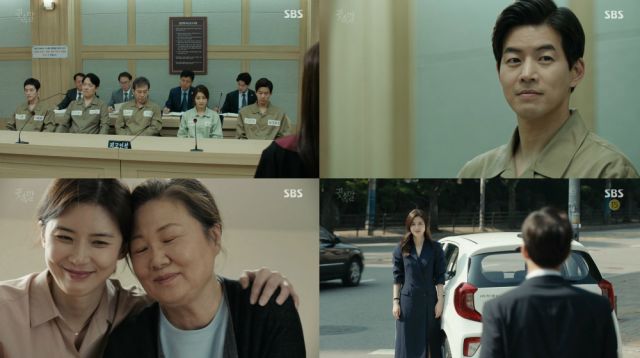 The callousness never ends for our villains, who fight until the very end to turn things around for themselves and take one another down. Yeong-joo and Dong-joon's work is not done after his arrest, because there is always the trial. The time has come for everyone to pay for their sins and merits and we all know which ones owe the most. Meanwhile, Tae-gon makes a new friend in prison.

By now I am surprised that the villains are still trying. I understand why they are, but it is funny seeing Jeong-il (Kwon Yool) act cocky when he is no longer free to influence the evidence as he likes. There are several trails and people who can point to them on the outside. Then again, Jeong-il has not been playing with a full deck for a while, so perhaps this is just another manifestation of his madness. 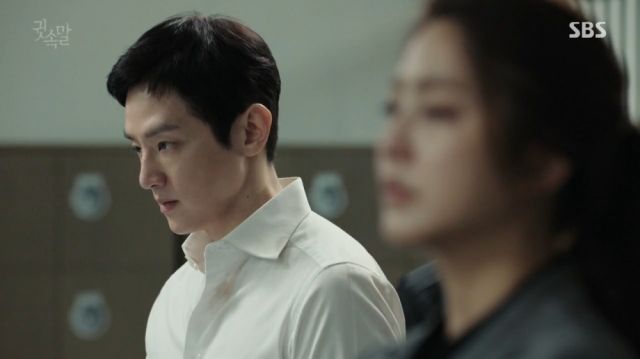 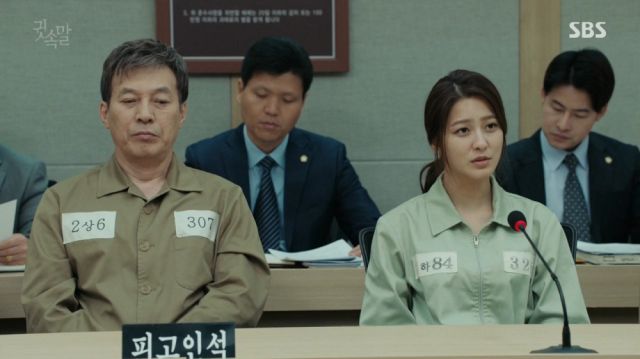 Il-hwan (Kim Kap-soo) and Soo-yeon (Park Se-young) try their own luck and fail and although the two are more on the sane side than Jeong-il, they have proven slower than him before. One thing which surprises me is Ho-beom's (Kim Chang-wan) final act of kindness. As I suspected, we get some parental redemption. Even Il-hwan becomes supportive by the end. I suppose "Whisper" is an overall less dark series than the writer's previous so a neat ending with everyone possible redeeming themselves makes sense.

I have tried my best to view "Whisper" as a standalone work, but it is quite hard to do so at times. Sometimes I wonder if I even should. After all, if a creator has gained a following and that following watches their new drama because of their name, do they not have the responsibility of maintaining a certain level of quality? "Whisper" has been a far cry from "Punch - Drama" and even the premiere work of Park Kyeong-soo, "THE CHASER - Drama". 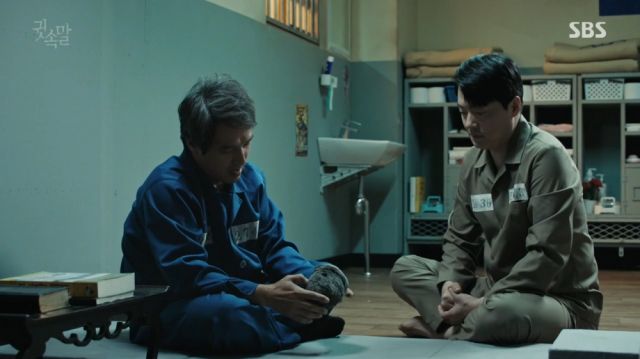 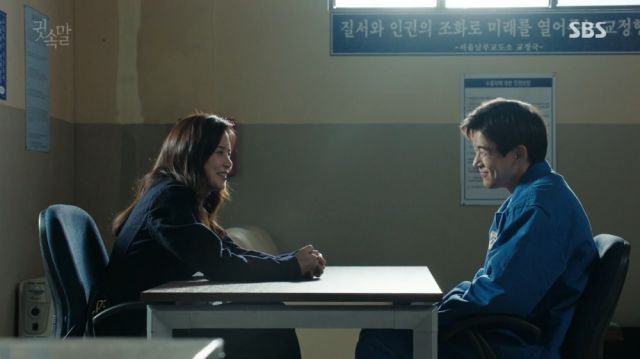 Which is why I am surprised that the creators themselves encourage a comparison by bringing Cho Jae-hyun back as Lee  Tae-joon. The guest appearance is by all means great. Tae-gon (Kim Hyung-mook) is a fun character and having him become a pupil to an enlightened Tae-joon is quite funny, but it says a lot about my experience that the peak of my investment in the series is when it most resembles another.

All things considered, however, "Whisper" is an okay work when viewed in a vacuum. There is plenty of drama, a search for justice that is easy to feel invested in and horrible villains inviting hate from the audience. We have a little romance, some messages on responsibility and morality and copious amounts of suspense. While the series is not to my own taste, it is a mostly solid one.