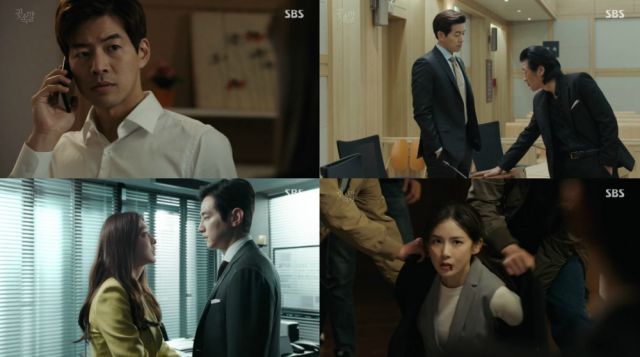 There is justice in the world after all, or at least the world of Park Kyeong-soo. Dong-joon gets a rude awakening about his importance in Taebaek which changes the terms of his collaboration with Yeong-joo. The newly discovered deadly lover duo gets serious with its scheming and spares no one in order to protect their better half. With Yeong-joo's identity compromised, the time has come for alliances to be reassessed.

Ah the sweet sound of tables turning. Dong-joon (Lee Sang-yoon) discovering that he is not Taebaek's golden boy is quite cathartic. I am surprised it took him this long to figure out that he is only a glorified groom and a pawn, but I suppose that is part of being blinded with power. Taebaek supposedly needed him for his clean reputation and he failed to realize that in joining hands with them he killed off his only power. 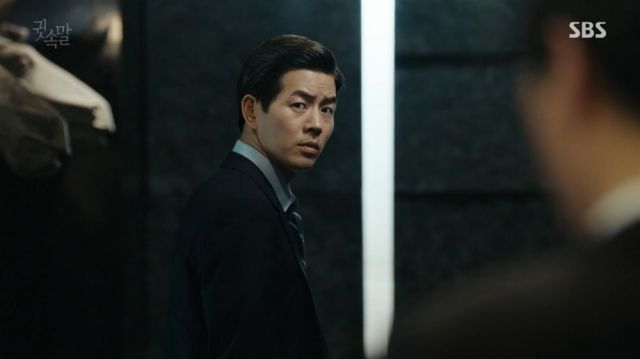 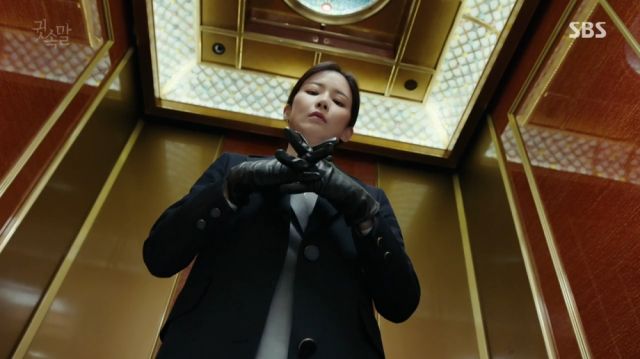 From a writing point of view, his lashing out over this betrayal kicks the power games off in a more exciting manner. Yeong-joo (Lee Bo-young) lacks access and connections, which means that she has not been able to raise the stakes of this battle enough on her own. She has been blackmailing her only lifeline, but has been lacking the necessary force to really make her opponents aside from Dong-joon sweat. Now that he is invested, she has the tool she needs.

Speaking of said tool, I do want to see Dong-joon's reaction now that Yeong-joo has nothing to threaten him with. I do not see why he would be inclined to help her now, unless she is smart and has made several copies of the video. Given she did not even plan for the material to be released in the event of her incarceration, however, it seems the writer does not really want their heroine to be the sharpest pencil in the box. 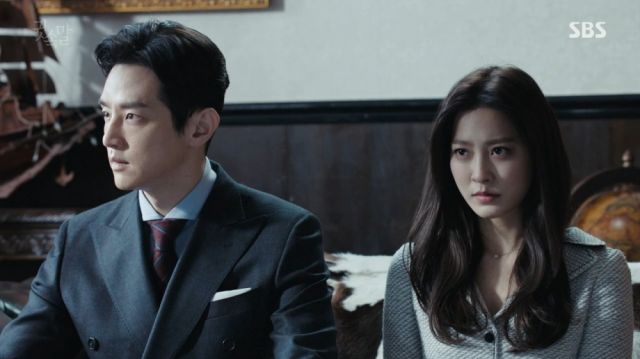 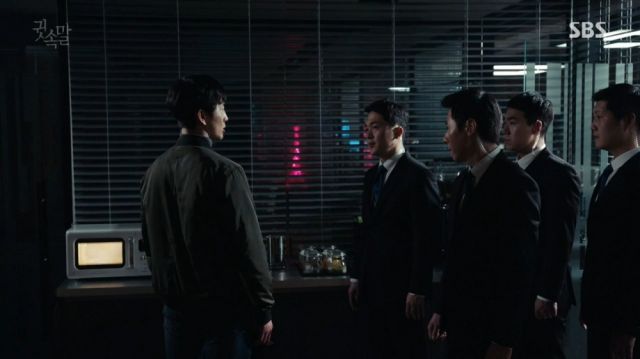 As for the rest of the villains, I wish Soo-yeon (Park Se-young) and Jeong-il (Kwon Yool) had a bit more to their personalities worth the emotional investment needed to enjoy their Romeo and Juliet plight. Choi Il-hwan's (Kim Kap-soo) obsession and inferiority complex against Kim Yoo-taek (Kim Hong-pa) feels like an element created to raise some pity for the evil couple, but I wish their own development helped.

That being said, we are still in the beginning of this series. If what we know about our characters so far is only an introductory look at their bare dramatic essentials, then this is a good enough start. I cannot imagine where the story will go unless things keep happening that push the leads together out of necessity, but at least this gives me enough curiosity to raise my anticipation.