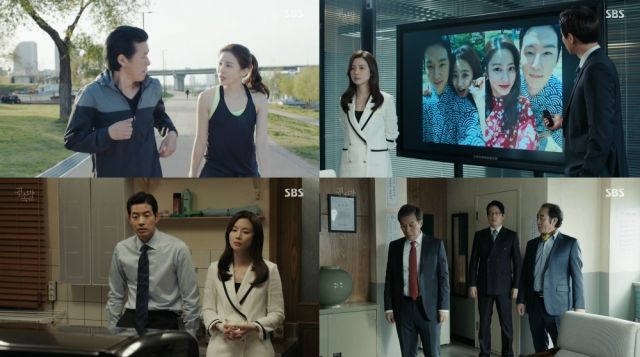 The status quo comes crashing down in episode nine of "Whisper" as Il-hwan makes a daring move that changes the game for everyone permanently. Baek Sang-goo becomes a key witness and he is taking bids from everyone, including Dong-joon and Yeong-joo. Meanwhile the "justice pair" start planting the seeds of distrust among Jeong-il and Soo-yeon's supporters.

Revenge is here and she takes the form of a heavy vase. Il-hwan's (Kim Kap-soo) hate for Yoo-taek (Kim Hong-pa) has been thoroughly established, but this murderous turn is still a surprising one. Il-hwan has been such a figure of composure despite his clearly burning desire to take down Yoo-taek. The proverb "still waters run deep" comes to mind, since it is now clear that this composure was him keeping a lot bottled up and ready to burst out the minute he ran out of options. 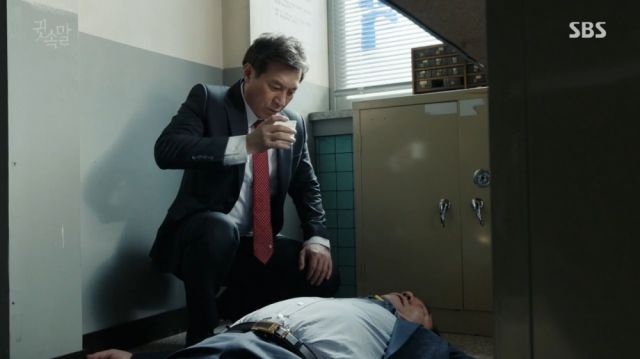 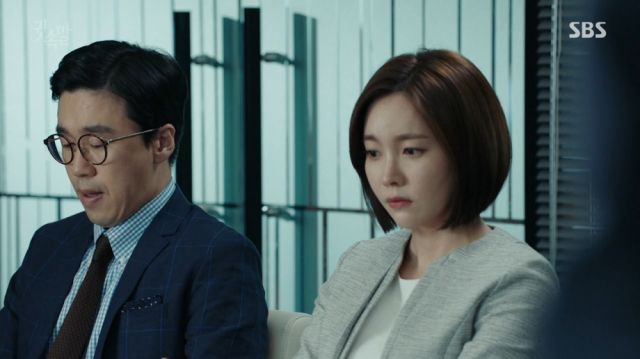 The prominent theme of the episode aside from embarrassingly conspicuous product placement is betrayal. Baek Sang-goo (Kim Roi-ha) gets to experience it from his clients and those will likely experience it from their helpers. Jo  Kyeong-ho (Jo Dal-hwan) and Hwang  Bo-yeon (Yoon Joo-hee) might be faithful now, but their easily cracked facade looks like foreshadowing. Song Tae-gon (Kim Hyung-mook) has had a rude awakening as well, so his own collaboration is up for grabs now.

The episode also features more of the budding romance between the leads and it is nice to see Yeong-joo (Lee Bo-young) take charge in it. It fits her character, because as determined as Dong-joon (Lee Sang-yoon) may seem now, we have witnessed how easily he is swayed when pressured. This makes him more believable, however, since people do not change so easily and he is clearly no hero, even if the series needs him to be right now. 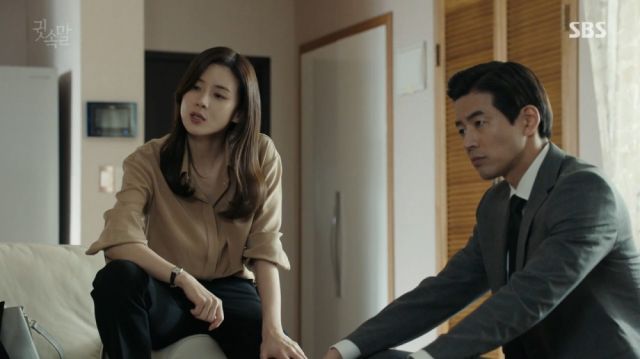 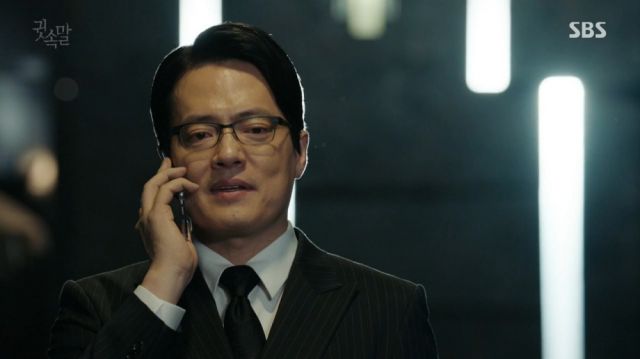 The future is generally uncertain now that Yoo-taek is presumably gone. Will Jeong-il (Kwon Yool) be able to wield his father's network against Soo-yeon (Park Se-young) and Taebaek? If not then he will be the first villain to fall before our protagonists turn against Il-hwan. We also do not know how the world will react to Yoo-taek's absence. For all we know there are villains far more powerful than Il-hwan waiting to make their entrance.

I assume a possible framing of Yeong-joo for Yoo-taek's murder in currently in the works. Aside from that, more deaths may follow, because with almost half a series left, there is really no way our leads will be achieving their justice soon. Still, if we keep getting unpredictable escalations in villain behavior such as Il-hwan's then the story of "Whisper" might just start becoming more fun.