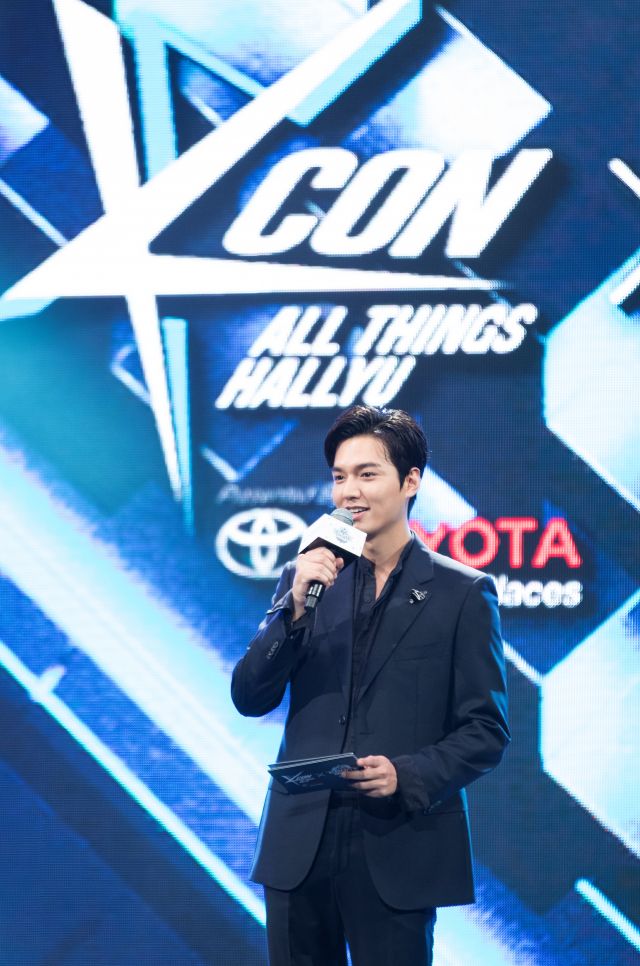 There is something magical about a K-pop concert. Perhaps it's the well-known talent, finesse, and beauty of K-pop stars. Perhaps it's the zest, intricacy, and cleverness of their music. Perhaps it's the fact that live K-pop performances are not easily come by in North America. KCON USA has been the major organization through which K-pop has become more accessible. Smaller organizers have begun to make places like New York and LA hotspots for K-pop. But the opportunity to see favorites is still far and few between.

Regardless of the "why", the concerts at KCON LA 2016 presented by Toyota were a surreal experience. Let's jump into the first night of concerts when acts from rookie to pro graced the stage and had the crowd roaring the entire time. Stick with me until the end of this article to have a chance to win a "Descendants of the Sun" poster!

Actor Lee Min-ho introduced KCON and the phenomenon of Hallyu in a dapper suit, a slick 'do, and a welcoming smile for his adoring fans. Before he appeared on stage, red carpet host Danny Im entertained, legendary Quincy Jones delivered an award, and Jun Curry Ahn played a wicked violin cover of BTS' "Save Me". 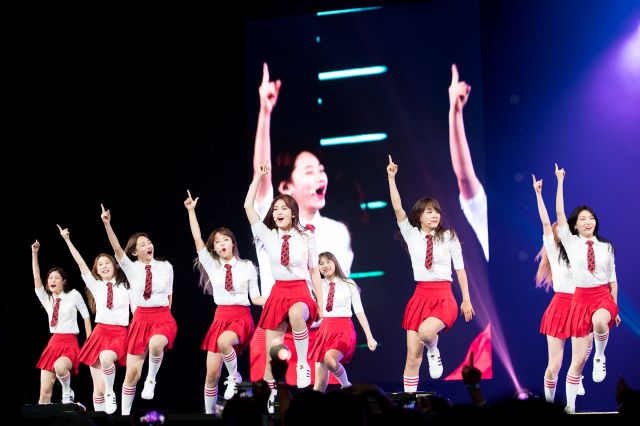 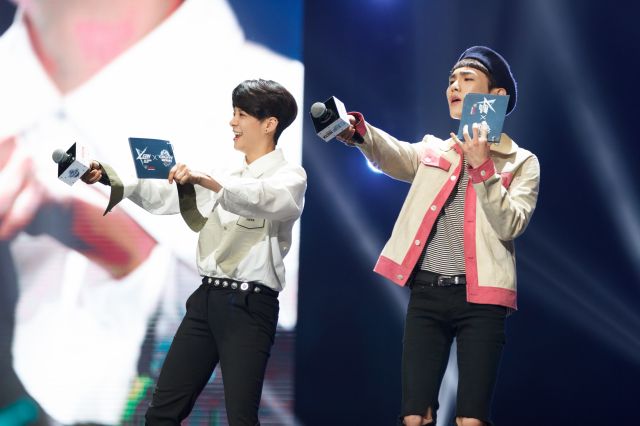 The first group to take the stage was the eleven-member girl group I.O.I. born of Mnet's reality show "Produce 101". Dancing across their first American stage during their first KCON, the ladies opened the show with pep and zeal. Their song "Dream Girl" was met with enthusiasm. And I must say, there is nothing quite like sitting in The Staples Center while thousands of fans sing lyrics in a language not their own.

SM mates Key from SHINee and Amber from f(x) hosted M Countdown with sass. Amber, like she was on the red carpet, was full of energy and excitement to in her hometown. Key was excited to meet the crowd in his second U.S. appearance this year. The pair introduced Dean, an R&B crooner and rapper who made his debut in the U.S. Although on stage alone, Dean kept the audience riveted. When Block B's leader Zico joined him for "Pour Up", cheers exploded for the pairing. 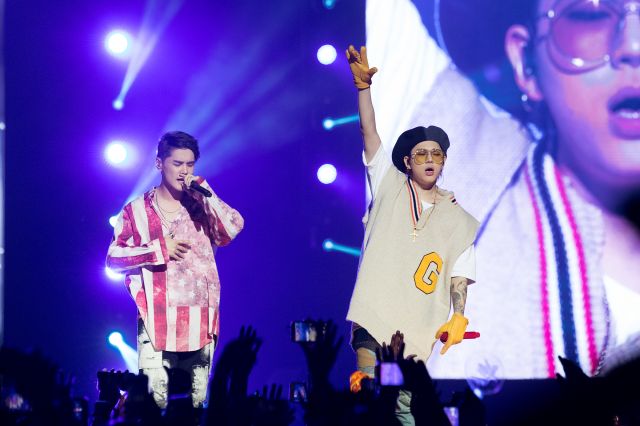 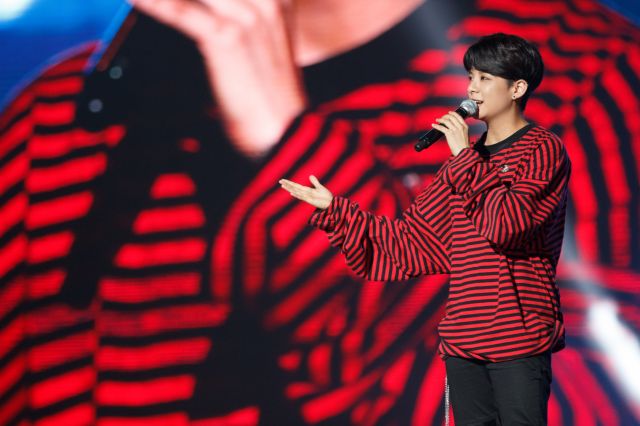 Six-member girl group Gfriend killed with their execution of their choreography. These girls have been on the fast track since their 2015 debut and their energy onstage attested to that. Key returned to the stage with I.O.I.'s So-mi before Zico and U-kwon hit the stage with "I'm a Boy", which made the energy level spike enormously.

Amber of f(x) and soloist as of Februrary 2015 stormed on stage with her signature energy. Her singing was solid, and her alto rapping fit nicely with collaborator Chungha of I.O.I. on "Shake That Brass". 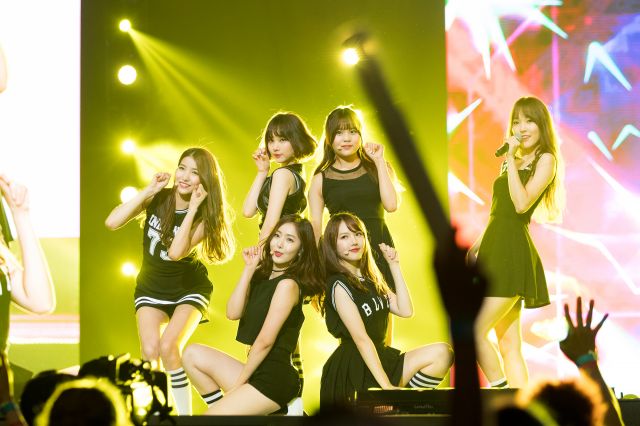 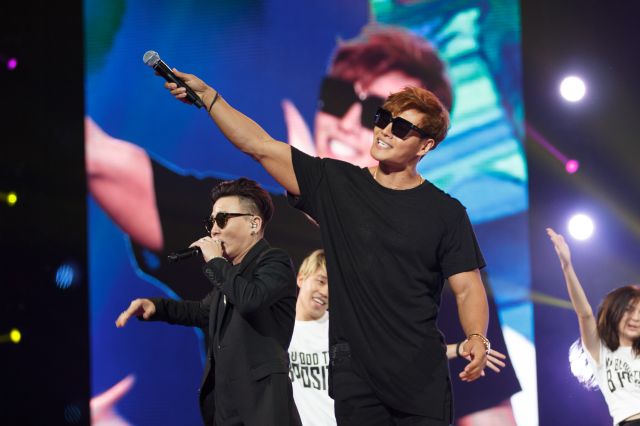 After another quick interlude with Key and Amber, Block B took the stage with a storm of energy, rapid-fire rapping, and a wicked performance of their recent release "Her". These boys perform wild abandon that had the crowd on their feed and chanting along with the choruses. 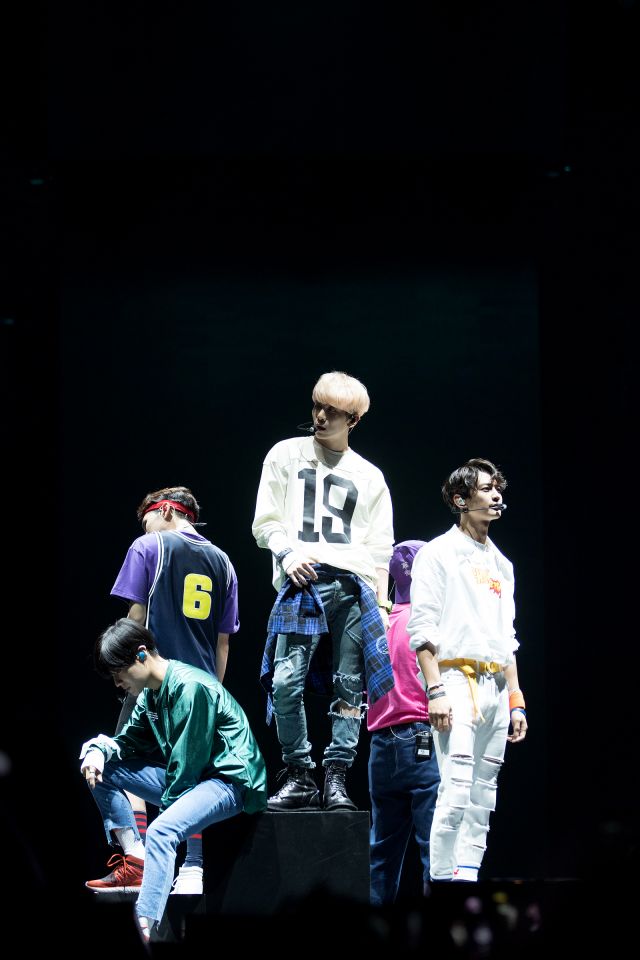 And then it was time for the headliners - SHINee. They've been on stage and in our hearts since 2008 and are making their presence known in North America with their more frequent travels. The energy that they project to their audiences speaks of their experience, talent, and true understanding of their craft. They are artists in the core sense of the word. They performed "View", a more recent hit, but they also performed some B-side songs like "Beautiful" and "An Encore" to wild fan reception. Only a group like SHINee can take such songs to a foreign country and make the audience eat up their performance.

This first night of performances was, in short, amazing. A few technical problems plagued the performers, like the sound system eating up lower vocal work, or mics momentarily cutting out, but the performances were not affected for the worse. Leaving The Staples Center, the fans were exhausted from singing, screaming, and suffering the throes of pure enjoyment. No matter, they found the energy to return the next day, as did I. Stay tuned for day 2 of KCON LA 2016 concert coverage.

Also, see below for a chance to win a "Descendants of the Sun" poster! 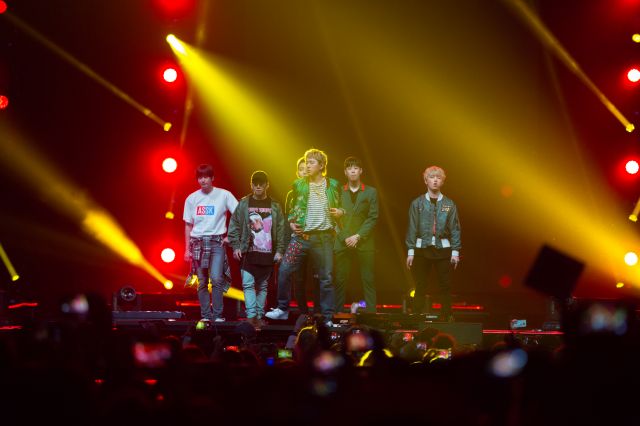 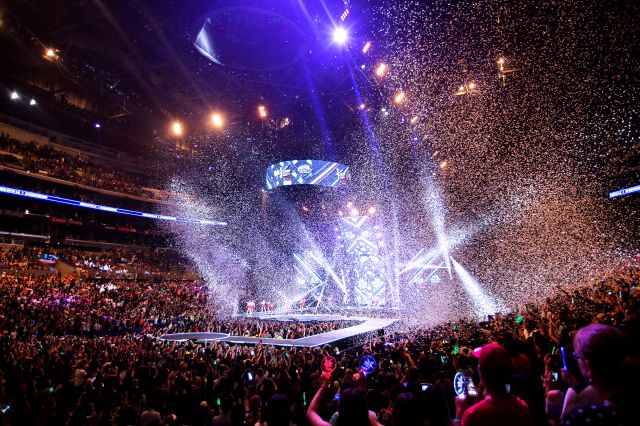 (All photography courtesy of CJ E&M)

Descendants of the Sun Poster #1