★★★★ "Hide and Seek": A successful businessman tries to puzzle out the mystery behind his brother's disappearance. (08/14)

★★★★ "The Flu": A deadly airborne virus that kills within thirty-six hours hits Korea, spreading mass panic and disorder throughout. (08/15) 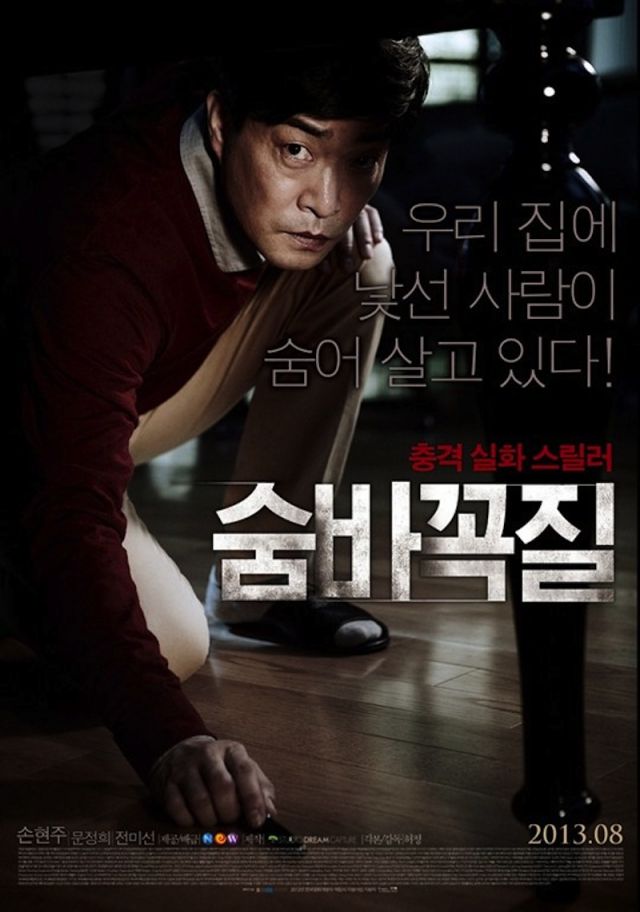 The Short & Sweet: A successful businessman tries to puzzle out the mystery behind his brother's disappearance.

Hu Jang's "Hide and Seek" is a domestic thriller that follows Sung-soo on his way to tracking down his missing brother. The trailer for this one looks intriguing, and Son Hyun-joo looks well cast in this eerie piece. The film marks the drama/movie star's second film this year, as he previously played Tae-won in Jang Cheol-soo's "Secretly and Greatly" (6.9 million admissions). The film is coming out during a very competitive time. Last week "Snowpiercer" and "The Terror Live" (claiming 2.2 and 1.1 millions admissions respectfully) were released and will mostly likely continue to dominate proceedings. Hu's film will also be released with Kim Seong-su's disaster flick "The Flu", and to a host of foreign films that will, if they don't feature, absorb a fair percentage of the sales. Still, "Hide and Seek" looks enticing, and generally fits the bill as part of all the thriller/dramas we are seeing in Korea films this month. 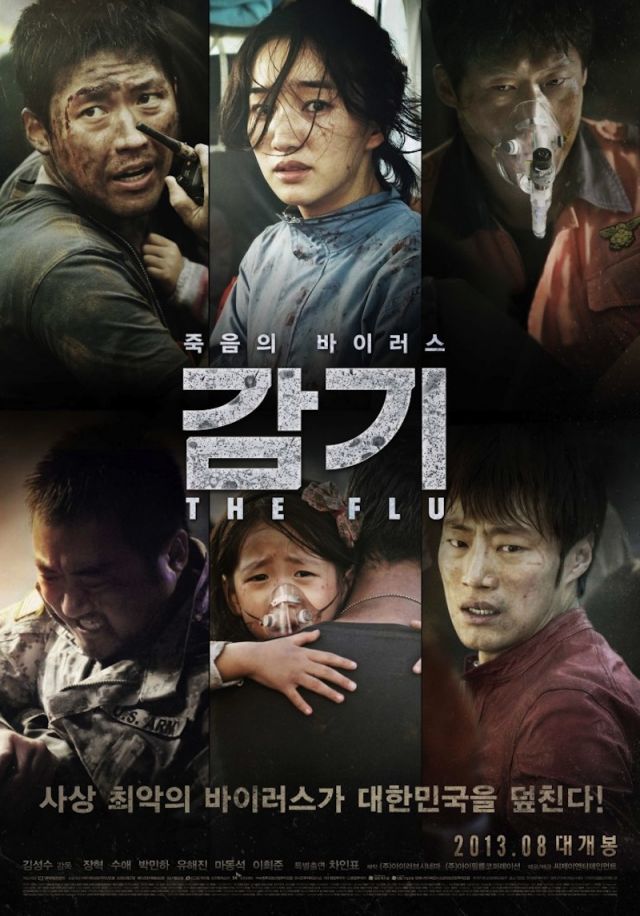 Director/screenwriter Kim Seong-su taps into a social paranoia with this one as panic and disorder sweeps over the city. Iconic images of people wearing facial masks litter the trailer, as Korea's citizens appear to resemble more zombies than victims. The teaser paints a dark and desolate picture of what would happen if a deadly flu virus broke out with no hope of containment. It is a fitting premise that is sure to attract quite some attention, but as mentioned with "Hide and Seek", Kim Seong-su's third feature will be up against some strong and settled competition at the ticket stands. 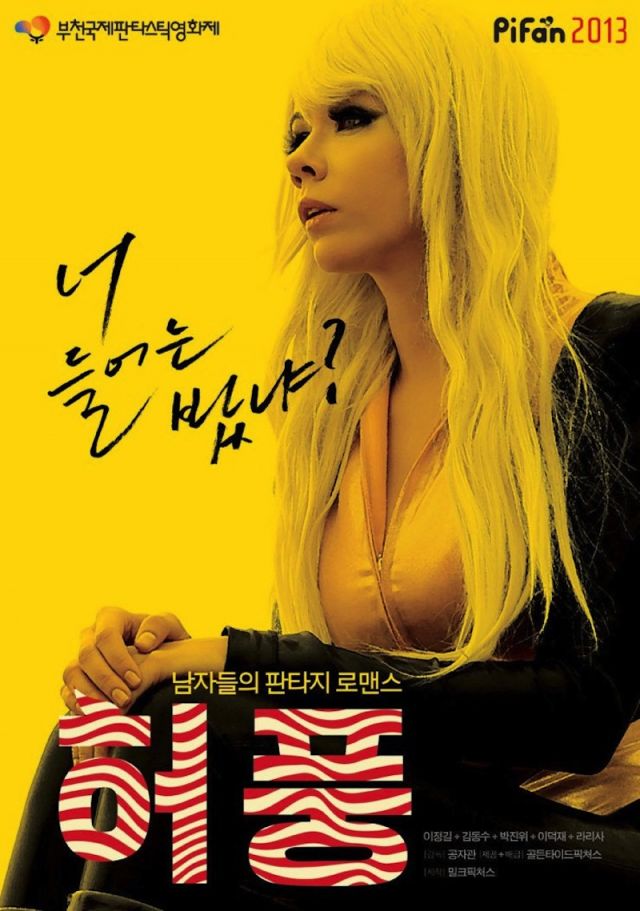 The Short & Sweet: Four adult male friends gather after a long time apart and share their daring sexual stories with each other. 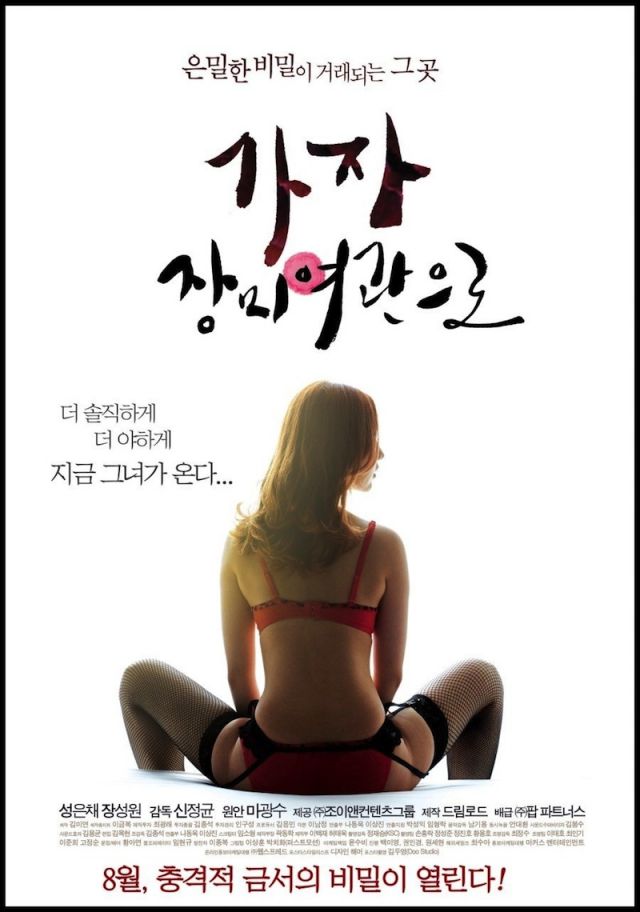 The Short & Sweet: A sex-starved man finally gets his girl to a motel, but while there he accidentally witnesses another more scandalous sexual encounter. 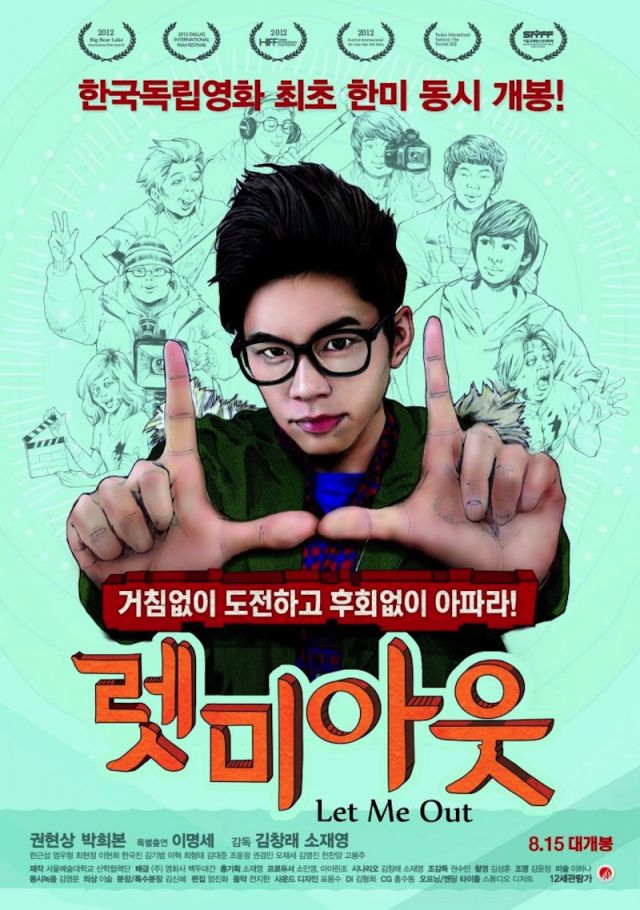 The Short & Sweet: A coming-of-age story about a young director who tries to follow his dream of making a zombie feature film. 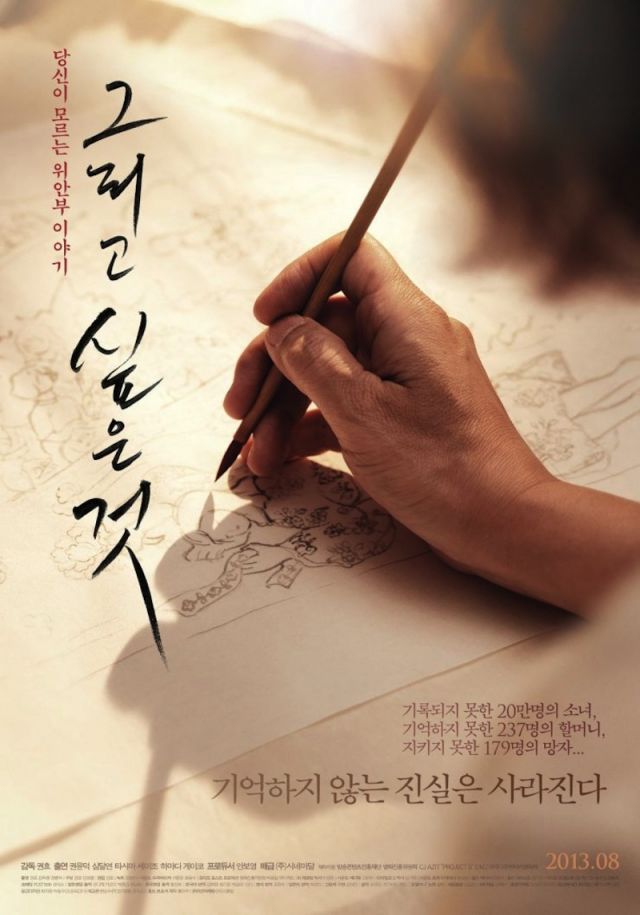 The Short & Sweet: Picture book author Kwon Yoon-duk decides to join a charity organization with other authors from Korea, China and Japan to create a picture book on 'comfort women' to the Japanese colonial army.