★★★★ "Tough as Iron": Kang-cheol, a once great street fighter, gets pulled into Busan's organised crime while trying to support his deteriorating mother. (10/02) 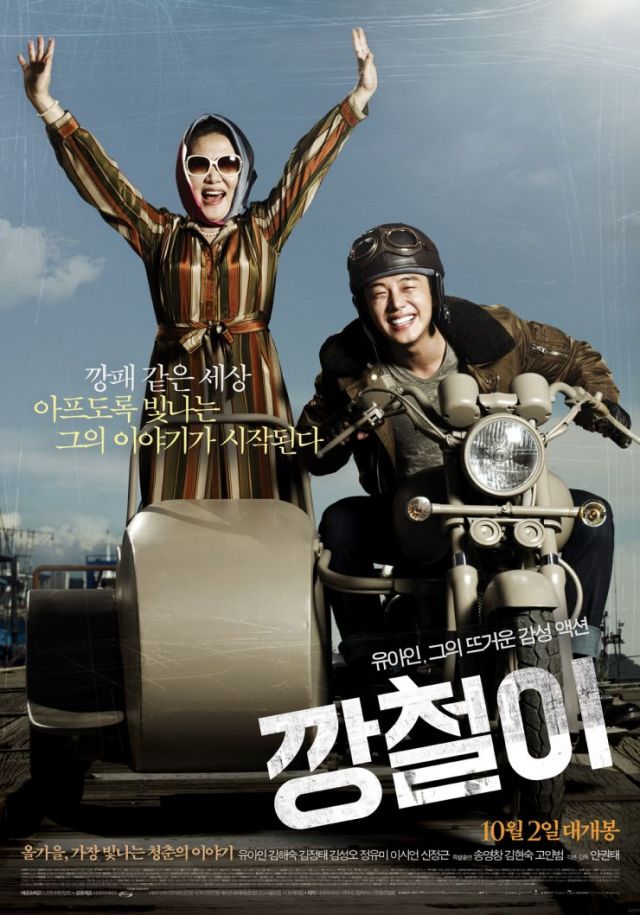 The Short and Sweet: Kang-cheol, a once great street fighter, gets pulled into Busan's organised crime while trying to support his deteriorating mother.

In "Tough as Iron" Yoo Ah-in plays Kang-cheol, a talented young fighter who lives simply, yet happily, with his mentally deteriorating mother Soon-Ji (Kim Hae-sook). Kang-cheol manages to keep his nose clean until their seaside vacation crosses paths with Busan's gangsters who want to take advantage of Kang-cheol's situation and skills.

Ahn made his directorial debut back in 2004 when we wrote and directed "My Brother" starring Won Bin and Shin Ha-kyun. Four years later he returned with the action thriller "Eye for an Eye" and now, half a decade later, his latest will grace Korea's screens. Although the film's plot sounds full of all the action and promise a Southern gangster yarn makes, the trailer itself suggests a more sombre mood with some good-natured comedy spread throughout. Mothers are celebrated family figures in Korean culture, so Kang-cheol and his mother's relationship is likely to tempt a tear or two if given the chance I feel. Expect action and gangsters, but bring your own tissues as well. 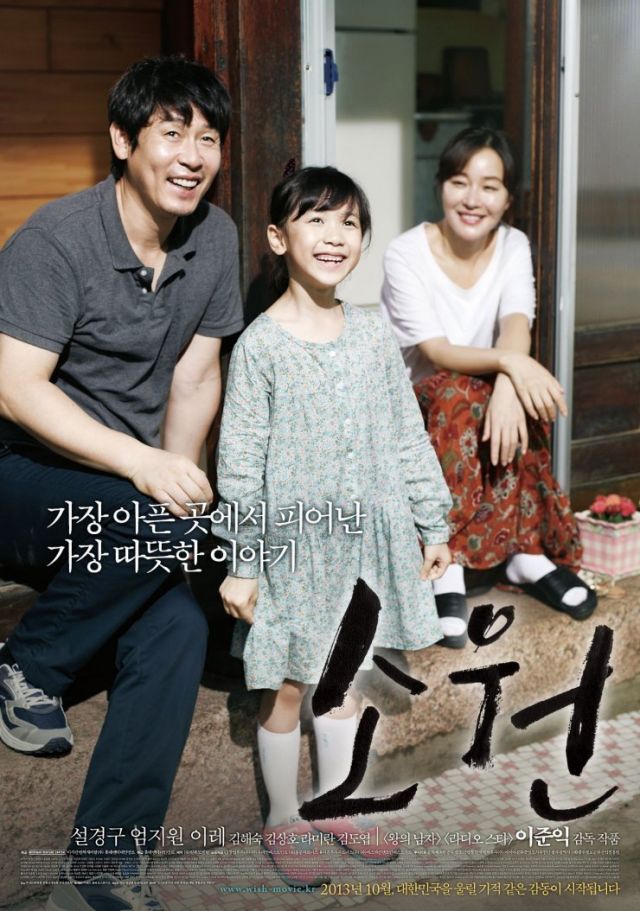 Director: Lee Joon-ik ("Battlefield Heroes", "Blades of Blood", "The King and the Clown")

The Short and Sweet: A father struggles to support his family in the aftermath of his daughter's assault.

Lee Joon-ik is probably most famous for his 2005 period drama "The King and the Clown", Korea's fifth highest grossing film of all-time with 12.3 million admissions. Lee's previous two features were also period pieces ("Blades of Blood" and "Battlefield Heroes") and they managed just over 3 million between them. "Wish" is far from the Silla-Tang and Joseon Dynasties, and dramatically more intimate than his previous outings. There is no castle to storm here or Kings to impress; instead the trailer shows us melodramatic hospital scenes with a young girl recovering from her injuries and a family thrown into turmoil because of it. The film seems to mirror a few of the themes seen in this year's blockbuster "Miracle in Cell No.7" (I definitely heard the sound of magic during the trailer), however "Wish" looks less convinced of a happy outcome than this year's box office king was. The film was also shot in a very short amount of time, just two months according to AsianWiki's notes. "The Wish" looks a significant shift in Lee's work, a more personal telling that really zooms-in on the family unit and stares intently as pressure is applied. 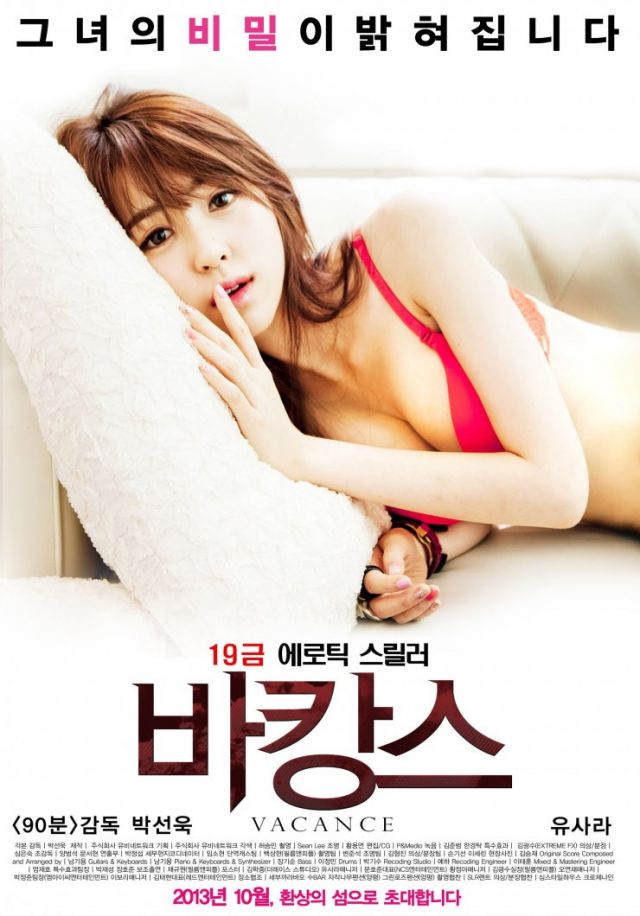 The Short and Sweet: Three glamorous and privileged women go on a seductive vacation with three men they've targeted.

Director Park Sun-uk is hoping to impress with his second commercial feature "Vacation" (aka "Vacance"), a sexy thriller set in paradise that looks quite flashy and doggedly flirty. Park's previous film "90 Minutes" also contained a modern femme fatale of sorts, and involved blackmail, a sex tape, and an ambitious woman pulling all the strings. "Vacation" appears on the surface to be very much along these same lines, but hopefully for Park his latest will be able to stick around longer that his first.