★★★★★ "The Fake": A lowly drunk in a rural village tries to expose the corruption of those in power during the villagers' relocation. (11/21)

★★ "House With A Good View - Voyeuristic Desire": A sexy melodrama about the extreme lengths some will go to win over their love interest. (11/20)

★★★ "Novel Meets Movie": A zany-looking drama by four directors that showcases some atypical characters and their stumblings around life. (11/21) 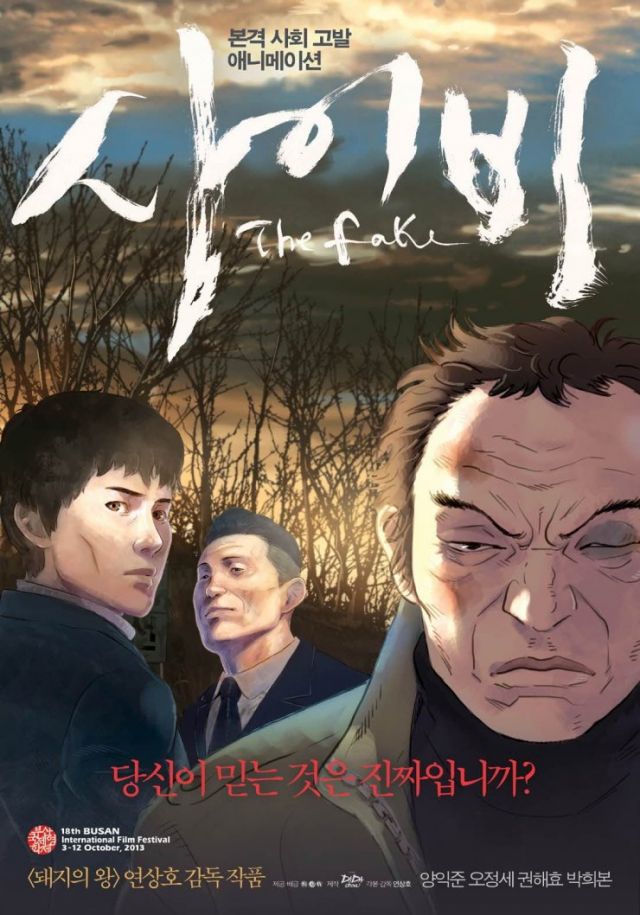 The Short and Sweet: A lowly drunk in a rural village tries to expose the corruption of those in power during the villagers' relocation.

"The Fake" is the next gritty animation thriller from director Yeon Sang-ho, the mastermind behind the 2011 hit "King of Pigs". "King of Pigs" became a success on festival circuits through its unfiltered portrayal of schoolyard violence and the devastating effect it could have on later life. "The Fake" follows in a similar dark vein, but this time Yeon drags us into the Korean countryside to address the hypocrisy and corruption of those in power. In "The Fake", a swindler and a priest try to take advantage of some villagers while they are being relocated to a new settlement, but a local low-life's insight threatens their scheme and has to be handled. Cinephiles should be quite excited to catch this next instalment of Yeon's filmography as he continues to take Korean animations to the next level. Expect heavy subject matter and, despite it being an animated feature, a fair degree of visual violence and fatalistic musings on the nature of modern society - a definite must-see. 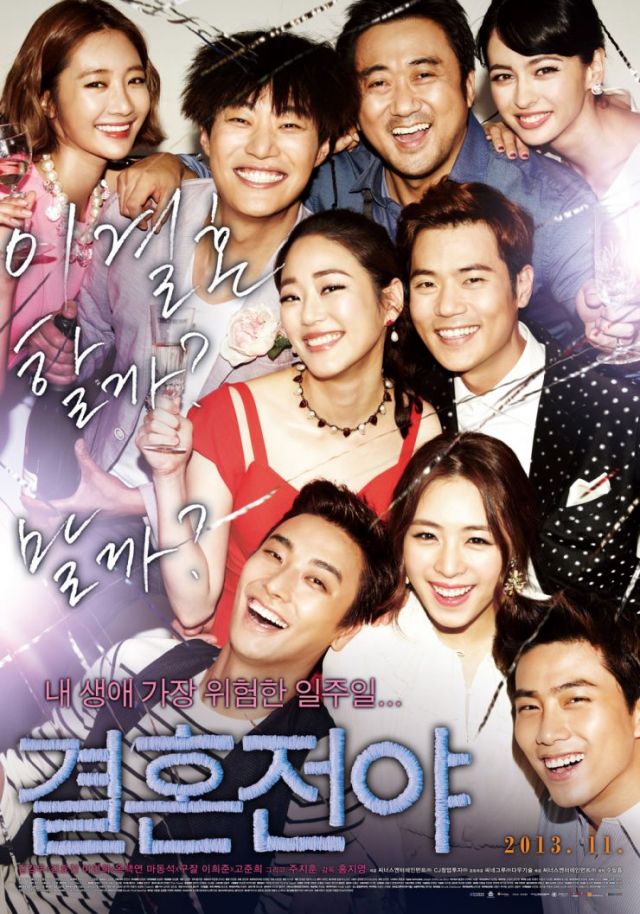 The Short and Sweet: An omnibus melodrama that follows four couples struggling with conflict as their wedding dates draw nearer.

Director Hong Ji-young's fourth feature showcases the personal crisis of four couples as they move towards saying their I do's. In "Marriage Blues", Hong takes on the challenge of portraying the nervousness couples feel before the big day. Hong has been involved in four other features since 2008, unfortunately none of which have made any serious waves or profit. That's an area she will be hoping to set right with this romantic exploration into what plagues young couples' before they sign each other away. 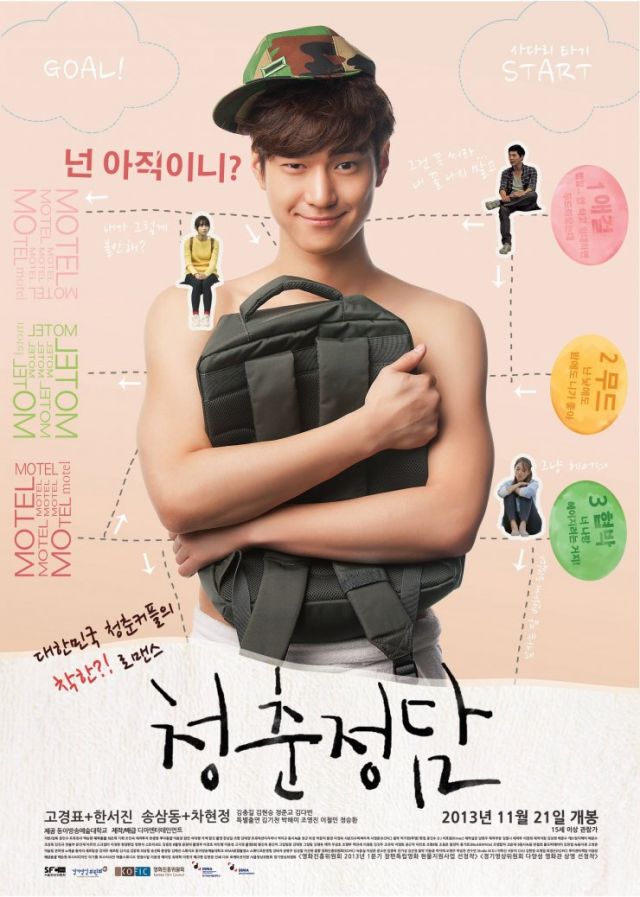 The Short and Sweet: Two young couples attempt to deal with the lemons life throws at their love.

Young Korean men are required by law to join the army, but what happens to those relationships that have formed before they enlist? Moon's directorial debut considers how one young couple plays out this transition, as well as how a slightly older couple (30-something) face those relationship hurdlers (marriage, pregnancy, etc.) that tend to appear a little later in life. Moon's first feature looks to merge two important junctions in young couples' lives, showcasing relatable milestones and events that are faced by many of us out there. Moon presents an interesting and relatable bracketing of young relationship here that I think will be an honest, fun, and entertaining event in its own right. 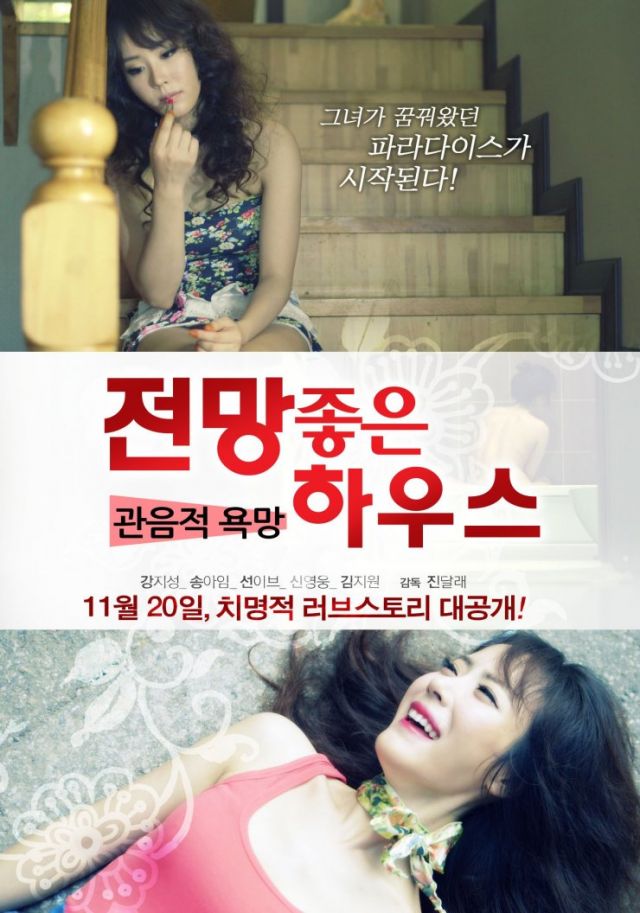 The Short and Sweet: A sexy melodrama showcasing the extreme lengths some will go to win over their love interest. 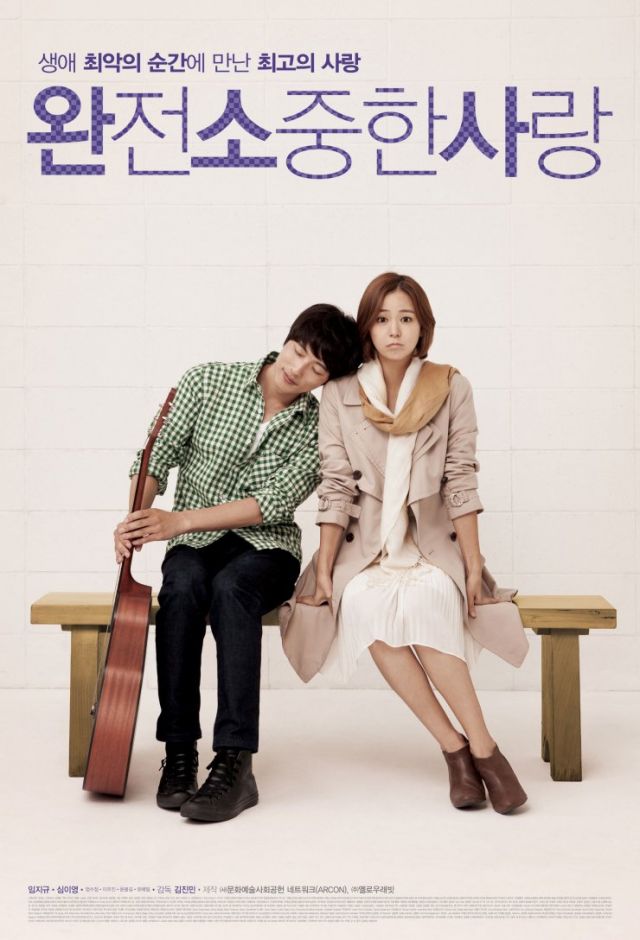 The Short and Sweet: A touching story about the love that can be found at the bottom of a barrel.

Kim Jin-min's sophomore feature follows two troubled souls, both of which have endured/survived hardships in different forms. Shim Yi-young's character suffers from extreme depression after her dreams of becoming a singer were dashed, resulting in an attempt at suicide and a looming sense of helpless. Im Ji-kyu's plays a young man who suffered from cancer, and together these heartbreaks find new meaning and hints of a special kind of love together. This one has the potential to be a bit of a tearjerker, and the premise sounds intriguing so hopefully Kim will be able to win us all over with this touching drama of love at the bottom of a barrel. 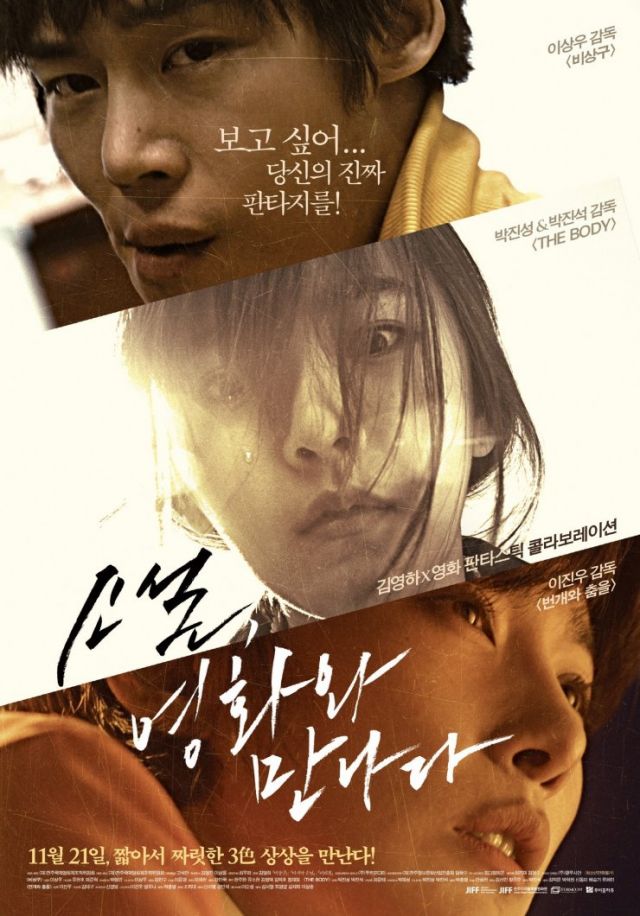 The Short and Sweet: A zany-looking drama by four directors that showcases some atypical characters and their stumblings around life.

Four directors pool their creative talents in this one to bring us an omnibus-styled melodrama. Sadly, I wasn't able to find out too much about this one, a shame because it looks to showcase quite a few interesting and unique, perhaps even crazed, characters as they stumble around various personal crises. Definitely one to keep your eyes on, but the jury is still out on what exactly "Novel Meets Movie" has to offer.