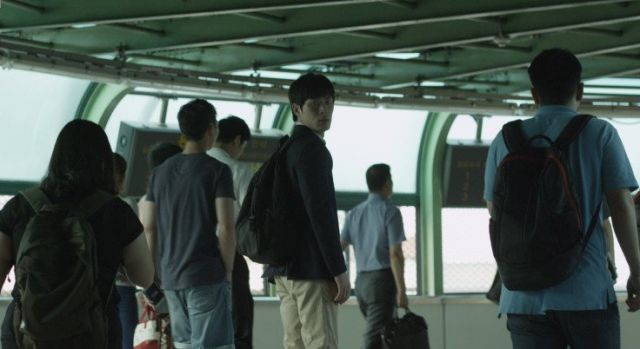 Ho-chan (played by Baek Jong-hwan) takes a part-time job at an office and mulls over his future career choices. As cinematic plots goes this isn't exactly the most inspiring one, and the camerawork doesn't make "10 Minutes" feel any more epic than it sounds. Early on I couldn't help but think that "Incomplete Life", a webtoon, was adapted as a television drama for a reason. Office life is day by day stuff experienced in small doses.

As the film wore on, though, I realized this sense of ennui was deliberate. Ho-chan is a cipher. So long as he doesn't think too hard about his uninspiring office job and just stays focused on the goal, life is fine. It's only when he makes an actual decision that things turn sour. Once "10 Minutes" hits that turning point, the film turns into a portrait of quiet rage and indignity. Ho-chan is clearly hurt and insulted by what's happened- but modern employment means adhering strictly to hierarchy. And Ho-chan doesn't want to lose his job, however clear it is that this isn't a position worth fighting for.

Consider the other employees, who Ho-chan thinks he knows on some level but is inevitably forced to admit that, well, no, he doesn't. Not really. They're just people he inhabits the same space with day in day out. While "10 Minutes" never goes as far as "Cart" in exposing the modern working world as being a really lousy unsupportive family, Ho-chan still has needs that obviously aren't being fulfilled. What's worse, only Eun-hye (played by Lee Si-won) will express any sympathy for him. And she's the one who caused the problem in the first place. 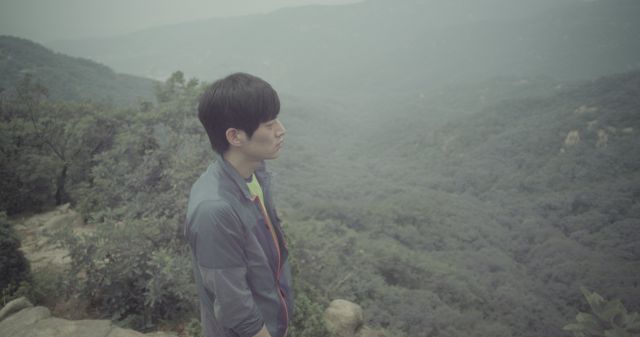 The way Eun-hye becomes a flashpoint for Ho-chan's anger is interesting, because it wasn't really her fault. It's just very difficult for Ho-chan to accept that she's a person, too, since Eun-hye is an obvious symbol for how impersonal the system really is. Ironically, it's Eun-hye's own sense of personal charm that makes live so unbearable for Ho-chan, because he's been led to believe that it's competence that matters in the workplace rather than personality.

For anyone who's had to face a similarly dehumanizing experience in the modern workplace, Ho-chan's sense of impotent rage is palpable. What director Lee Yong-seung really gets here is that it's the implicit insults which make modern life so unpleasant. For the person who's had struggle and fight for every inch of respect, there is something profoundly condescending about being told to chin and up and expect everything to work out in the end by someone who has obviously never had to deal with that kind of stress.l

All in all this makes for a fascinating case study of how capitalism does a great job of encouraging people to hate quite literally everything about the modern world except for the system that's forcing them to act and behave in such an unpleasant manner. It's only right at the end that Ho-chan finally gets it. Once the titular "10 Minutes" actually arrive, it's all too clear to him that his motivation to date has just been caused by a mixture of fear and discipline. And that much being established, well...look, you weren't expecting the movie to end with a revolution or something were you? This isn't dramatic fantasy, which is what ultimately makes "10 Minutes" excellent work.