[HanCinema's Film Review] "A Man and a Woman" 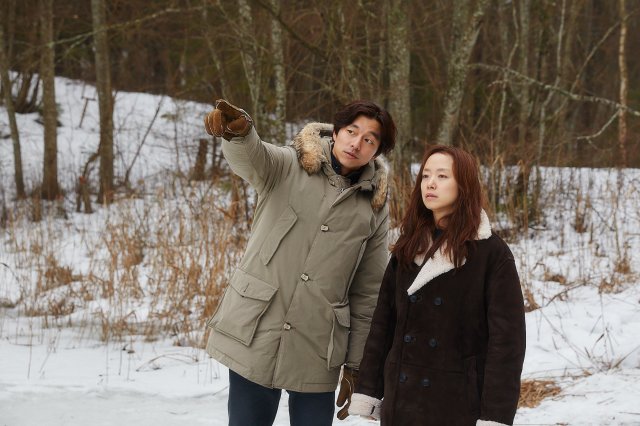 Sang-min (played by Jeon Do-yeon) is the mother of Jong-hwa (played by No Kang-min), a severely autistic child. In dreary, snow-covered Finland, there seems little hope for their future even assuming that Jong-hwa does well at the international camp Sang-min is taking him to. Enter Ki-hong (played by Gong Yoo), an architect with similar family problems that aren't really anyone's fault. "A Man and A Woman" chronicles their love affair, the bulk of which ends up taking place back in South Korea.

"A Man and A Woman" is a very quiet movie that largely expresses itself through the strong understated performances from the lead actors. Powerful visuals are also key. While Finland is bleak, Korea is mundane, and the love affair between Sang-min and Ki-hong contrasts excellently with both moods. These two moods also provide critical backdrop for who initiates the lovemaking when. Sang-min takes the initiative in Finland motivated by loneliness while Ki-hong's desire for excitement has him move the relationship forward in Korea.

Which is not to suggest that Ki-hong is a particularly dynamic character. Indeed, as we start to see more of his family, Ki-hong's main issue is soon exposed as passivity. Ki-hong is always running away from his problems. Even coming back to Korea was another form of escape for him. Ki-hong's character development is heartbreaking, as we slowly see him come to grasp with the fact that he isn't a good person. This isn't because Ki-hong is having an extramarital love affair so much as it is the same personality defects which caused Ki-hong to seek out Sang-min are also hurting his family.

Sang-min's family has a very different dynamic. She and her husband both work and they're reasonably wealthy. There's no obvious problems with their relationship, not even their autistic son. They just lack passion, having drifted into a businesslike approach to their lives. The way Jae-seok (played by Park Byung-eun) refers to his wife by name is weirdly formal even as we start to see that he, like her, is neglectful more out of busyness than general malice.

Though "A Man and A Woman" is an extremely sexy movie with some fairly racy sex scenes it wasn't as fetishistic as I was expecting. By the closing shot director Lee Yoon-ki appears to be suggesting that the film's central love affair was a mistake. Sang-min and Ki-hong's connection was facilitated by their both feeling isolated by their parenting responsibilities. If they abandon those responsibilities for each other, are they really even the same people they fell in love with?

This subtextual conflict permeates "A Man and A Woman" and prevents the project from feeling overly romantic. Which is just as well. Some things are beautiful precisely because we can't have them. Exceptional cinematography and superb pacing make "A Man and A Woman" nearly impossible to dislike on an ascetic level, leaving most of the focus on the emotional causes and ethical dilemmas posed by the affair. This allows "A Man and A Woman" to be thought-provoking on top of everything else.

Available on DVD and Blu-ray from YESASIA, and on Prime Video

"[HanCinema's Film Review] "A Man and a Woman""
by HanCinema is licensed under a Creative Commons Attribution-Share Alike 3.0 Unported License.