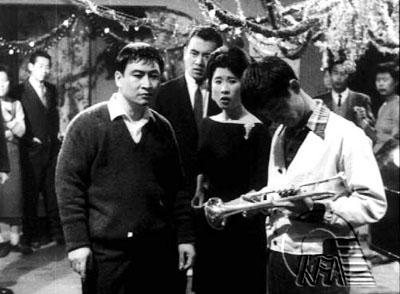 The lives of the extremely rich are not usually the basis of melodrama, but that is exactly what Park Seong-bok tried in "A Sunflower Family", by presenting a rather dysfunctional one, whose situation gets worse and worse as time passes.

Mi-won, a private tutor who also functions as the narrator of the story, begins working in Jeong Jin-goo's house, a multimillionaire who has essentially left his kids to fend for themselves, with him returning at home only once per week. Furthermore, not all the children staying in the house are from the same mother, a cause for frequent friction among them, which occasionally even leads to violence. Chang-sik, the elder one, is a war veteran with a disabled hand, and holds a grudge towards his father, which has led him to bitterness, and alcoholism. Joong-sik, the second son, is a boxer, who has recently lost on the championship match by "a tall guy from Busan" and has just recovered psychologically from a loss that led him to alcoholism briefly, and is training for the rematch. Yeong-ae, the eldest daughter, is a college student who also sings, and retains a romantic relationship with Monsieur Choi, a French-educated man who wants to marry her. While she is quite comfortable with being the daughter of the mistress, even frequently mocking Joong-sik, who is the son of the first wife, the same does not apply to the second son, In-sik, a high-school student and trumpet player, who feels rather uncomfortable in his family situation. The antagonism among the kids becomes rather palpable one night, leading to Joong-sik hitting In-sik, highlighting how dysfunctional the family actually is.

Mi-won's kind-hearted, benevolent presence has multiple beneficial effects for the family, however, as she forms a musical trio with Yeong-ae and In-sik, with her on the piano, which brings the whole family closer together. Chang-sik and In-sik seem to have a soft spot for her while everyone soon begins considering her as a member of the family. Eventually, and after a dream where the past comes to haunt him in the form of a demon, Jeong Jin-goo decides to come back to his family and be a proper father. Just as the family's situation seems to be improving, tragedy strikes once more.

Park Seong-bok's contextual goal focuses on two elements. The first one is highlighting how the past can shape the future, with the melodramatic premises of the narrative "forcing" the story to highlight it in the darkest colors, even suggesting that the actions of the parents, and particularly their mistakes, can shape the lives of their children in the harshest fashion. The power of the past is so significant, according to the story here, that even when the people affected by it decide to turn the page completely, the effect they have on their lives, means nothing in front of the immense strength of the past, which can also be interpreted as fate. The way Jin-goo and all his children suffer from this concept is rather evident from the beginning, with the dream sequence, probably the most impressive in the film, communicating this comment even more eloquently, while not even Mi-won can escape it, as her tragic past is also revealed later on. 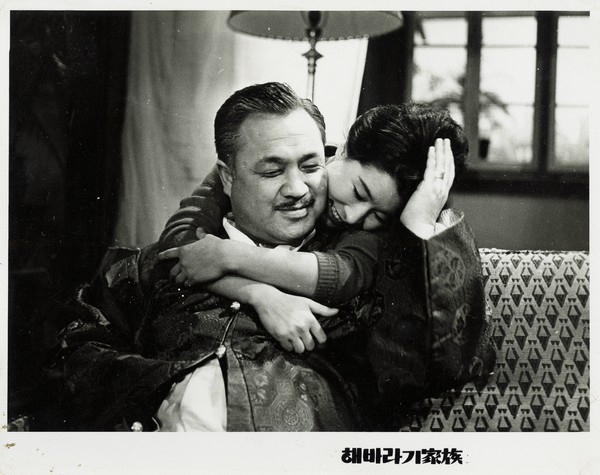 The second element is how the lack of parenting and even more, motherhood, can affect the lives of children, with its absence essentially having destroyed all four of Jin-goo's offspring, although to various degrees. The rather beneficial effect Mi-won's presence has on all of them intensifies this comment, as she functions as both a mother and sister on occasion. Furthermore, the appeal she has on the two of the three boys also presents her in another role, that of the woman as a romantic interest, with her essentially capturing the full quintessence of the sex: mother, sister, lover. Jo Mi-ryeong gives a great performance in the role, presenting all these capacities quite convincingly.

In general, the acting emerges as one of the best assets of the movie, with all the cast doing an excellent job. Kim Seung-ho-I as Jeong Jin-goo highlights his metastrophe quite nicely, in an overall measured performance that fits the narrative. Choi Moo-ryong as Chang-sik is very good in presenting his traumatized bitterness, while Choi Bong is exceptional as the self-destructive, violent bully Joong-sik. The one who steals the show, however, is Um Aing-ran as Yeong-ae, who finds one of the apogees of her prolific career here, as the mischievous, ironic, rather intelligent and also very in love young woman. 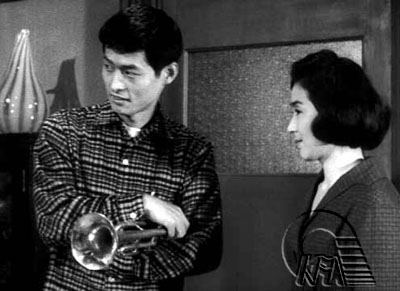 The film unfolds like a stage play quite frequently, with the majority of the story taking place inside the manor the family inhabits. Lee Bong-seon's art direction succeeds to the fullest in giving the house a contextual hypostasis, particularly in the way every room mirrors the personality of the character living inside it. Eom Mun-geun's cinematography captures the above elements with artfulness and realism, with the party sequence being exquisitely portrayed. The outside shots are also well presented, with the dream sequence and the boxing ones emerging as the most visually impressive. Yu Jae-won's editing is also quite accomplished, with his cuts giving a sense of movement to an otherwise rather still movie.

The excessiveness of the story for melodramatic effect could not be missing from a Korean family drama, but in general, "A Sunflower Family" emerges as a rather accomplished effort, with the script, the directions, the acting, and the production values being on a rather high level.