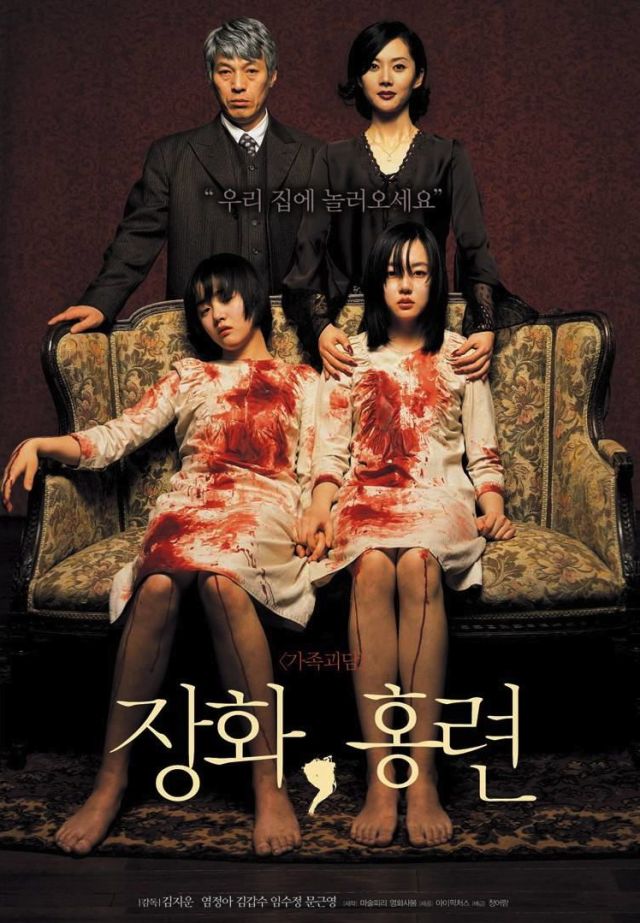 Kim Jee-woon's 2003 hit "A Tale of Two Sisters" is one of, if not the, highest grossing Korean horror film of all time. The film walked away with the Best Picture award at the 2004 International Fantasy Film Awards in Portugal. Even Hollywood wanted in and subsequently remade the film under the title "The Uninvited" which was released back in 2009. 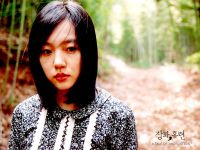 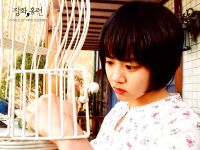 I am always particularly interested in films that lend themselves to psychoanalytical criticism. Issues of spectatorship and identification seem to bubble to the surface in certain films and "A Tale of Two Sisters" is definitely one of them. In the first scene we are introduced to our troubled storyteller Soo-mi (Lim Soo-jung). A psychiatrist at a mental hospital interviews her and asks, "Who do you think you are?" while holding up a family picture. Immediately Kim Jo-woon provides hints as to what the rest of the film hold. And as the young girl slowly moves her head to gaze out the window we know that what we are about to see is Soo-mi delusional tale. 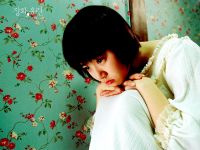 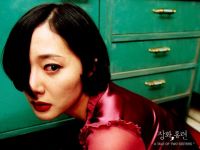 The premise of this popular film is actually loosely based on "Janghwa Hongreyon joen", a folktale from the Joseon dynasty. Kim Jee-woon's take on the tale includes a rather dark psychological element, while still keeping some of the folktales original themes of resentment and torment. These negative feelings are centred on the two sister's stepmother Eun-joo (Yum Jung-ah), who was once an in-house nurse for the Soo-mi and Soo-yeon's (Moon Geun-young) ill mother. Have witnessed Eun-joo flirting with her father, Soo-mi begins to strongly resent her presents and does not attempt to conceal her ill-gotten feelings.

Later in the story is becomes clear that Soo-mi suffers from dissociative identity disorder - a mental condition in which the subject displays multiple identities, each with their own unique personality. Kim Jee-woon really plays with the idea that each alter ego has a different pattern of interacting and perceiving the environment. Again issues of spectatorship and identity arise for both the characters in the film as well as the viewer and as a result you might have to let the films happenings really marinate after the final scenes. 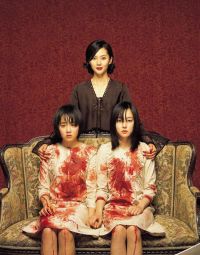 The films pacing is also an interesting issue. Its first half is relatively slow. Shots are held longer, there is a lot of manipulation of depth within the frame, and the composition is purposefully disconcerting. This fits well as this part of story is from Soo-mi's perspective. In addition, the house is very dark (almost always shown at night) and colours are drab and cheerless. This is place of trauma and we definitely feel that when watching. When the film nears its climax, or rather explanation, the pace of film ramps up. Quick cuts and jumps in time and place sometimes hinder the films clarity, overcomplicating explanations that could have been more simply presented. There are enough narrative and visual clues in the film to piece it together without such disorientating jumps, even if it is a tried and tested genre convention.

There is a lot in the film that would warrant further analysis and critique, but this would simply give too much away of this excellent film. I encourage anyone with an interest in the horror genre, Korean film, or film criticism to watch "A Tale of Two Sisters" and experience this cinematic spectacle.