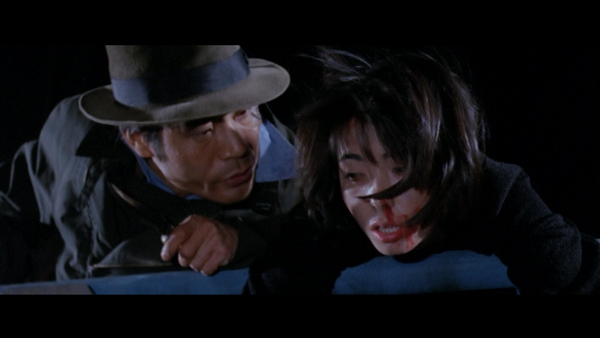 Penultimate film of Lee Man-hee-I, "A Triangular Trap" was the third remake of his first success from 1962, "Call 112", and a rather extreme title, filled with violence and exploitation elements.

Ji-sook is a very beautiful but also very tormented fashion designer, who lives in fear of Sang-gook, a man who killed her husband, kidnapped her, raped her and impregnated her, before he was arrested by the authorities. The girl is about to receive a large sum from the deceased's will, who has put one term, however, that she has to be married in order to receive the money. One day, as Ji-sook is walking on the street, she is harassed by an unknown man, and is saved by chance, by another, who just happened to pass by. The latter is revealed to be an instructor at an institution named Yeong-il, and the grateful Ji-sook soon finds herself in a loving relationship with him. Alas, Sang-gook is released from prison eventually, and he is not willing to let the girl be happy. As his stalking becomes more intense, a series of coincidences start taking place.

Lee Man-hee-I directs an exploitative thriller/horror, which, although goes a bit too far in terms of story, really thrives due to its overall atmosphere of agony, which starts from the first scene, and never actually ceases. That beauty can be a curse for women in the rather patriarchal Korean society of the 70s seems to be both the main comment and the driving force of the story, with Ji-sook suffering horribly in the hands of the various men that surround her, without, essentially, being able to put up even the slightest resistance. The term her deceased husband has forced her in order to get the money from his will stress this element even more, while the fact that the moment she does decide to take things into her own hands, tragedy strikes in the worst fashion, cements this overall approach. 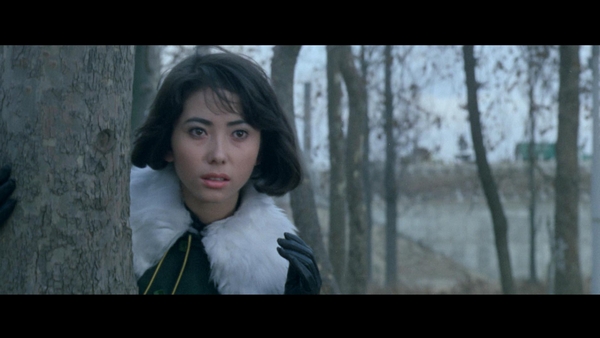 In general, and although the script is far-fetched, the many twists work quite well here, particularly after violence ensues among the three men that dominate Ji-sook's life, inevitably engulfing her also after a point. Also of interest is the fact that Lee presents her as a victim, but not in a way that draws exactly full sympathy, since she frequently borders on being a femme fatale, even if her inherent nature does not allow her to do so. In that regard, Moon Sook gives a great performance in the part, highlighting a character that is always in danger, always on the brink of a breakdown, but somehow one who always manages to survive.

The next great performance comes from Oh Ji-myung as Sang-gook, who presents a great villain, also benefitting the most by his characteristic face, which, particularly after a point, looks like a mask straight out of a Greek tragedy.

The restoration the film undergone has definitely benefited its cinematic quality, with DP Kim Deok-jin capturing the claustrophobic atmosphere of angst and tension in the best fashion, with the help of the excellent editing by Jang Hyeon-su, which retains a rather fast, quite fitting tempo throughout the movie. Some kaleidoscopic montages, with the faces of the protagonists, look very old-fashioned nowadays, but add a note of surrealism to the narrative that works well in the end. 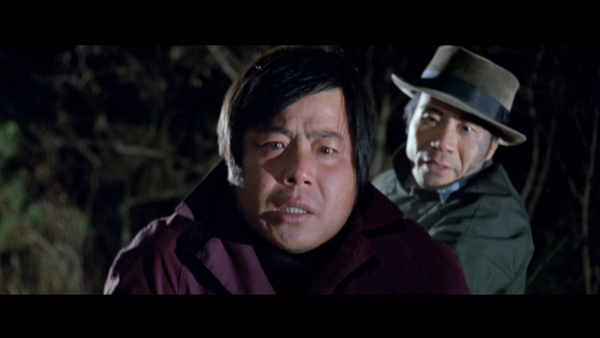 In terms of script, "A Triangular Trap" is not exactly a film that has aged well, since the twists will probably be quite evident to the contemporary viewer. In terms of atmosphere and characterization, however, the movie is top notch, thus resulting in a work that definitely deserves a watch even nowadays, particularly in its restored version.