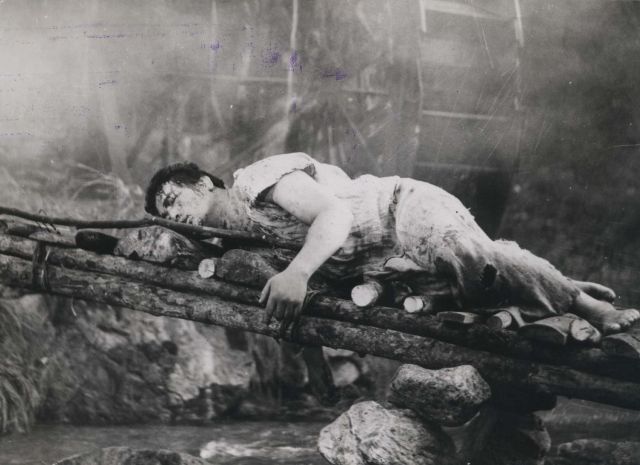 Lee Man-hee-I is one of the most significant Korean directors that worked in the 60 and the 70s', with films like the present one, "The Marines Who Never Returned", "Late Autumn" (a now lost film which has been remade a number of times in Korean cinema), "Break up the Chain" and many more. "A Water Mill" is among his greatest works.

The story unfolds during the Joseon period, and revolves around a drifter who does not even remember his own name, who meets a mysterious woman during a festival around a water mill. The festival's purpose is to appease a demon woman who has been haunting the mill for quite some time, with the significance of the fact becoming obvious as the story progresses. Nevertheless, the nameless man, who soon is given the name Bang-won, wins a wrestling match during the festival, and proving his strength, soon finds work for the local landlord, while his fascination with the woman he met continues and even reaches the borders of obsession. When he finds out the woman's name is Boon-i and that she has a great debt towards the landlord, he decides to pay up, and after much struggles and beatings, he manages to do so, and "escape" the area and the landlord, whose actual purpose was to take the girl as his wife. Alas, Bang-won has promised his whole life to another landlord, in order to pay the debt, and now finds himself in the service of a true womanizer, who almost immediately proceeds on courting Boon-i, while finding ways to keep Bang-won away from the household. Inevitably, violence ensues again.

Despite the permeating sense of surrealism with elements of the supernatural that permeates the film, Lee Man-hee-I actually directs a rather harsh parable that unveils in two axes. The first and most obvious one revolves around love, but in this case, in order to highlight the blights of obsession and the destruction that female beauty can cause to a man, with Boon-i functioning as the femme fatale (although not a purposeful one, at least for the majority of the film) and Bang-won as the victim. The way that a strong, moral, but in essence innocent and fool man embarks on a non-stop downward spiral due to love is the narrative's most impressive aspect, with Shin Young-kyun giving a wonderful one-man show as Boon-i, with his performance actually carrying the whole film. On the other hand, Ko Eun-ah-I as Boon-i has a more minor role, as she exemplifies her beauty more than her acting. 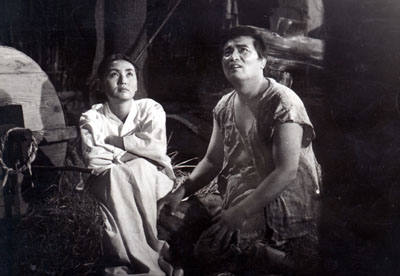 His demise also reveals the second axis, which seems to focus on the way "the capital" functions, personified by the two landlords, particularly towards its relationship with the "working class", which is personified by Boon-i. The metaphor is palpable. The Capital believes it can do whatever it wants, and when the workers even try to stand up for their rights, they become the recipients of violence, which even derives from the rest of their class, who just want to stay obedient to the Capital. The two landlords and their despicable attitude mirrors the whole concept eloquently, although the ending seems to suggest something completely different regarding both axes.

As the story unfolds, the inevitable violence that results from the aforementioned actions and general tactics begins to dominate the narrative, with the tendency finding its apogee in the shocking finale. At the same time, the melodramatic element also comes to the fore, although in this case, is quite toned down. Even in this setting, though, Lee manages to include some scenes of humor, mostly deriving from the fact that the protagonist does not know his name, with him and the ones around him joking about whether he is a Kim or Park, only for someone to suggest later that he is probably a Lee, with the director satirizing how common these names are in the country. The same, satyric tactic is also presented in the way the landlords behave, as despicable clowns. 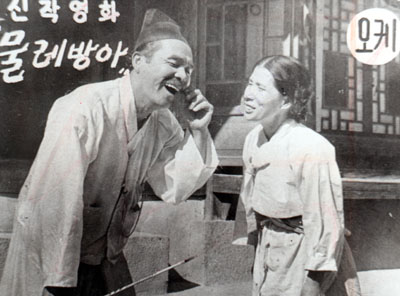 Hong Seug-uk's cinematography is impressive, with him presenting the bucolic environment's beauty and the hardships of working in rural areas at the time with precision and artistry. I was also impressed by Jeon Jeong-geun's music, which accompanies the different phases of the film in the most fitting but also imposing way, in one of the production's greatest assets.

"A Water Mill" is a great film that mages to communicate its significant messages through a very entertaining story, and, in the process, to highlight the great job done by Lee Man-hee-I, the cast and the crew.