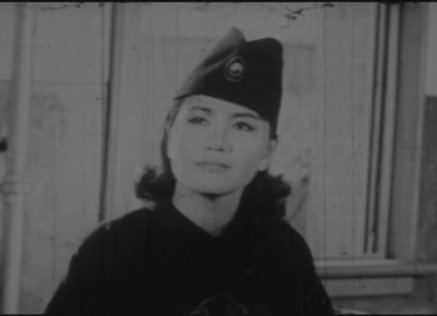 Three years after Han Hyung-mo's "A Female Boss" which started as a distinctly feminist film but ended up "winking" at the patriarchy on an equal level, it was time for another movie, this time from a woman director, to truly embrace women as professionals, although the winking is not completely absent in this case also.

In a setting that is not exactly usual in Korean films of the era, Jin-sook is studying intently to pass an exam that will qualify her as judge, with her father being rather supportive, but her mother constantly protesting that she should find a man and get married. Jin-sook actually has a beau, Dong-hoon, but when she finds out that he demands from her to withdraw from being a judge if she is to marry him, she breaks up with him, despite the fact that they were childhood sweethearts, to the shock of her mother. Around that time, and during a visit to a temple her father has sent her to study in peace, she catches the eye of president Chae, the owner of a construction company, who finds her the perfect match for his single son, Gyoo-sik. The two youths start dating, and actually get married, with Jin-sook moving into the luxurious house of the Chae's'.

While there, however, the problems of balancing her work and her life as a wife, create a number of problems, particularly with her mother-in-law, Mrs. Park, who does not approve of her ways towards her step-son, but also her sister-in-law, Geum-won, who is not particularly fond of the way her father cherishes his new daughter-in-law. At the same time, Mrs. Park's estranged son blackmails her to give him money if she wants to disappear from her life, while her senile mother, who also lives with them and is always searching for candy, put even more pressure in the family's circumstances. As the problems begin piling up, a crime is committed and Jin-sook finds her life as both a wife and a judge in jeopardy.

The presentation of the hardships a woman had to face as a professional in the then, quite patriarchal society, is the main topic Hong Eun-won makes in the movie, with Jin-sook emerging as a true hero, as she goes literally against all odds, and in a rather unprecedented move for the depiction of women in the movies of the era, choosing career over marriage. The rest of the comments in the film essentially derive from this one, but again in a unique fashion, since it is her father and her father-in-law that are supportive of her, and the women around her life that undermine her any way they can. At the same time, though, this approach could be perceived as a leeway towards men, since the two men Jin-sook had relationships with are depicted in the darkest colors, and some positive male personas needed to be included in the story, in order to avoid alienating the male viewers completely and making the film a polemic.

On the other hand, Mrs. Park and Mrs. Kwon's behaviour is somewhat justified, with the two presented as not being able to move away from the shackles of Confucianism, which only interprets women through their connection with men: daughters, wives, mothers. Furthermore, regarding the former's eventual awful behaviour, another excuse is presented, this time deriving from her lowlife son. On the contrary, no excuses whatsoever are offered to the youths that surround the protagonist, with Hong Eun-won making a distinct accusation towards them. 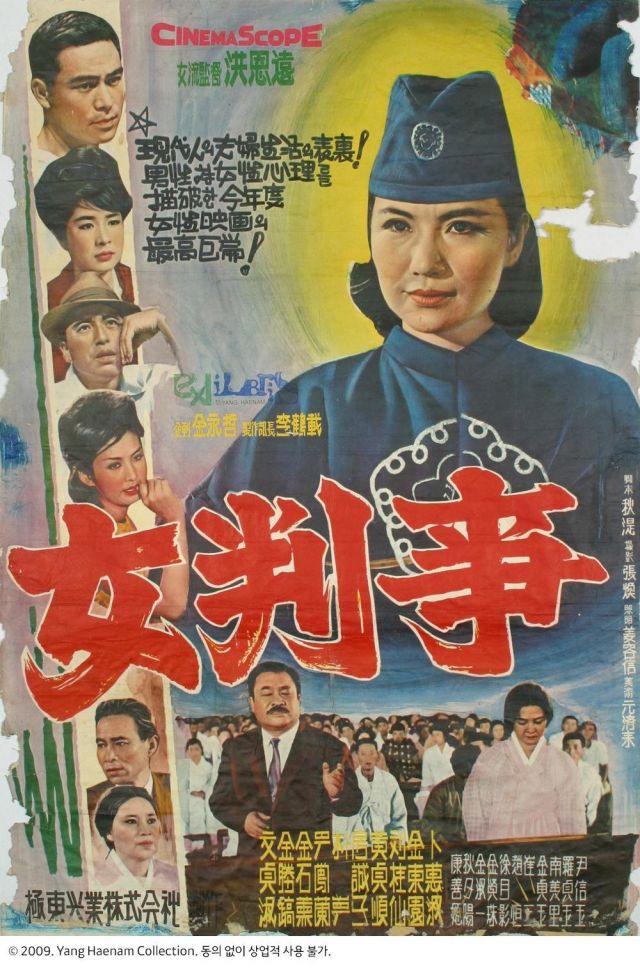 If the context is quite original, the same does not apply to the overall narrative approach, which could not get away from the norms of the time, which focused on an episodic approach and the melodrama. In that fashion, both the number of characters and the events emerge as excessive, with Mrs. Park's son and Mr. Kim's mother's arcs suffering particularly from this approach, although the latter is also used in order to lighten the mood a little, to a point at least. The finale also moves in that direction, although, in a somewhat better fashion, since it can be perceived as part of the presentation of the protagonist as a judge, with these scenes being among the most memorable in the movie, also due to the way Jin-sook conducts herself and the decisions she makes.

In that regard, Moon Jung-suk is impressive as the titular character, in a rather demanding role that has her exhibit anger, resolve, remorse and compassion with equal quality, while the scenes she is in court can only be described as majestic. Kim Seung-ho-I as president Chae is quite good as always, exhibiting the sense of measure that accompanied him in the latter part of his career, while Bok Hye-suk as the senile grandmother, frequently steals the show with her shenanigans.

Technically, the movie is on a very high level. Jang Hwan's cinematography has captured the many different settings with realism and artistry (despite the fact that the film quality is not good), with the scenes in the court being the ones that stand out, particularly in terms of framing. Hong Eun-won's editing is also excellent, with him implementing a relatively fast pace, managing to include all the episodes of the story in just 86 minutes, resulting in a rather full narrative.

"A Woman Judge" does not stray away from the main narrative roads of the era, but in the end, it emerges as a pioneering film due to its main subject and its overall presentation.