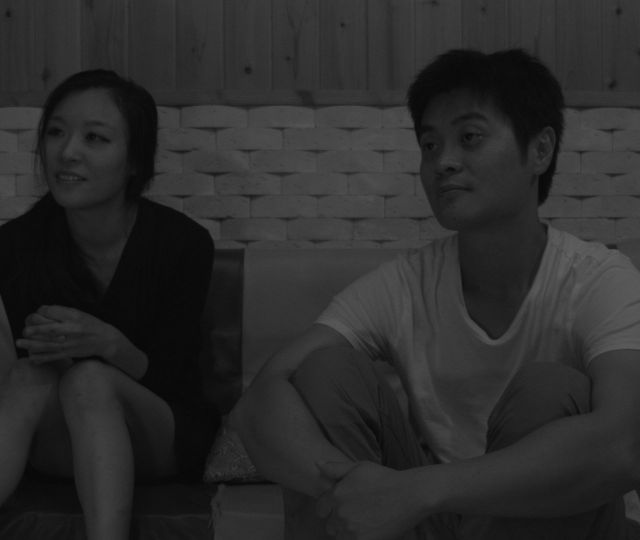 The extended opening scene of "Communication and Lies" is a highly inappropriate interaction between employees of different rank at an English cram school over a sordid and sexually charged rumor. At least, that's how it feels for awhile. Then the apparent victim nonchalantly acknowledges that all of the charges being lodged against her are true. It's an out-of-nowhere reaction, related with no sense of defiance, that the immediate mystery is what kind of person would engage in such actions then respond to accusations about them in such a blasé manner.

Context is of surprisingly little help. Eventually we do get an explanation of the traumatic events that line the backstory of "Communication and Lies" which explains the decisions they make in the present day. These are in snippets, spread relatively evenly throughout the film. But even the full story doesn't make much logical sense, which makes surprisingly coherent narrative sense when we consider that the brains of the main characters probably just snapped under pressure.

These people badly needed friends in order to recover from trauma, and ended up having to use far less effective sexual substitutes instead of trying to use normal therapeutic conversation. Simultaneously we see that they want to talk about problems- except that they don't. Their trust issues have been too badly shattered to go about solving their emotional problems in a healthy way.

What's even worse is considering the characters not in focus, who just sort of allow these obviously mentally ill people to become sexual visitors in their lives. In some ways those side characters are even more disturbing, since their lack of introspection is just generic misanthropy. Or possibly sheer animal drive. Which admittedly is probably an improvement over the increasingly elaborate lengths the characters go to in order to either hurt themselves or put themselves in immediate physical danger. Sex is highlighted mainly because it's the most effective vehicle they have found for self torment.

While "Communication and Lies" is explicitly about sex being used as a vehicle for masochism, a sort of horrific replication of the odd comfort of past trauma, the overall film is surprisingly not all that explicit. By far the most disturbing scene consists of events that happen just off camera. Yet I still couldn't bear to watch, because the scene is about spiritual suicide just as much as it is about the grotesque self-mutilation.

Ironically the main people likely to stomach the explicit content of "Communication and Lies" are also some of the more likely ones to hate it, because on a conceptual level this is a movie about kinkshame. It implies that the only people willing to endure such perverse mixes of pain and pleasure are broken in some way, and need use the faux uniqueness of a depraved identity to feel normal in their own twisted way. Can people explore these kinds of weird sexual kinks in an emotionally healthy way? I don't know, maybe. But it's hard to imagine such a story, in film form, coming off anywhere near as convincing and sincerely as "Communication and Lies" does.